The Miracle of Tomas Holes at Emirates Stadium 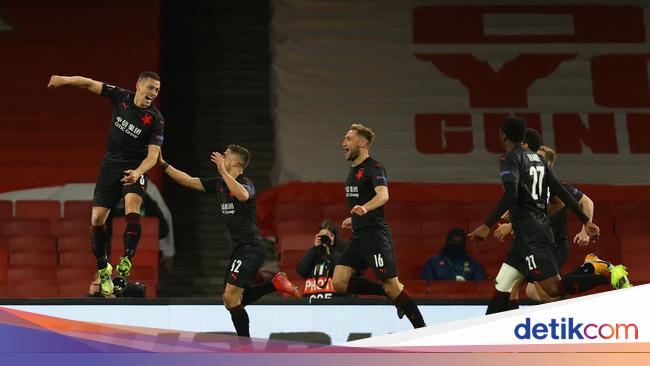 Tomas Holes became a sudden center -back when they met Arsenal the result Slavia Prague player crisis. He then did a miracle by appearing neatly and scoring goals.

Slavia Praha managed to hold Arsenal 1-1 at the Emirates Stadium in the first leg of the quarter-finals Europa League, Friday (9/4/2021) early morning WIB. Nicolas Pepe opened the Gunners’ lead in the 86th minute.

However, the hosts’ victory then shattered in time injury time. Holes scored to save the Czech Republic champions from defeat.

The goal completed Holes’ captivating performance at the heart of the Slavia defense in this match. Quoted from WhoScoredHoles was able to reduce Arsenal’s attack by recording two successful tackles, two strokes and one intercept.

Uniquely, this is the first time the 28-year-old has played as a center-back. Holes usually plays as a midfielder or wing-back in this team nicknamed Sesivani.

Slavia coach Jindrich Trpisovsky was forced to turn Holes into a center-back because his team experienced a crisis in that position. This happened after Ondrej Kudela and Simon Deli were not fit.

After, the fight, Trpisovsky was so happy his gamble on Holes ended sweetly. He said Holes appeared flawless in this match.

“At the age of 28, Tomas Holes played as a center-back for the first time in his life and played against Arsenal,” Trpisovsky was quoted as saying on the Slavia Twitter account.

“I can’t remember any bad decisions or mistakes from him. He was also great at building attacks.”

The magic of Holes in this fight was indeed destined. Holes’ goal against Bernd Leno was also the first goal for the owner of seven caps with the Czech Republic national team in European competition.

“It was our last corner. I said to myself ‘let’s go and score a goal’,” Holes said of the scoring process.

“Someone hit the ball in front of the goal and I jumped for it. And it worked,” he added.

Holes’s goal away to goal Arsenal is really worth it for Slavia. Slavia now only need a 0-0 draw in the second leg at their base to advance to the semifinals.