The last two shots have deprived the Russian biathlete of her first career victory at the World Cup. What Happened – Biathlon News – 01/23/2021

The women’s team performed so well in the individual race at the stage in Antholz that in mass start four people were hit at once: Evgenia Pavlova, Ulyana Kaisheva, Larisa Kuklina and Svetlana Mironova. The latter, by the way, is now the only one who is in the top 25 of the total (19th place). Considering that the team’s times are not the best, this can be considered a success. It remained to secure him in the race. We needed additional joy before the World Championship in Pokljuka.

The Russians started in the depths, so none of them could be seen before the landing. When Mironova and Pavlova closed all targets, it became more fun. The girls lost 6 seconds to Dorothea Wierer. Kuklina and Kaisheva, after passing the penalty loops, were inferior to the Italian by 30. It was impossible to call it a failure, because Liza Vitozzi and Dinara Alimbekova were just a minute away. No one shot worse than them.

By the next prone, many managed to catch up with the leaders. But after the shooting, the situation changed beyond recognition. Wierer went to two penalty loops, giving up the lead to Hannah Oeberg. Mironova, Pavlova and six other people were next to the Swede. The next group was 20 seconds behind. Kuklina and Kaisheva managed to cope with the shooting, but it did not help much. The Russians were far away. Compounding everything is not the fastest speed.

The tension in the race began when the girls approached the rack. Not everyone was able to cope with their nerves. Only Mironova, Pavlova, Franziska Preuss and Vanessa Hinz closed all targets. Nobody else got close to the girls. Marthe Ulsby Roiseland walked at a distance. At the 8.2 km mark, Mironova began to leave her rivals. Before approaching the final line, Svetlana had a decent clearance in relation to German women, Pavlova and Roiseland, who nevertheless caught up with them.

When Mironova came to the firing line, it was worried about her condition. Such a pursuit could seriously affect accuracy. Yet these are mountains that are often punished for initiative. Mironova confidently began to close the targets, but the last two were uncovered. These mistakes were again too many to compete for a medal. With her 16-second lag, she only claimed to be in the top 6. By the way, her pursuers also missed, which the laggards took advantage of.

Oeberg, Lisa Teresa Hauser, Preuss, Julie Simon and Marketa Davidova – so many biathletes hacked to death. The German and the Czech fell off even before the 12.2 kilometer mark. Before entering the stadium, the Austrian woman did not have enough strength. She remained third. But Oeberg and Simon had a showdown at the finish line. The Frenchwoman turned out to be stronger in the sprint.

Mironova, as expected, rounded out the top six. And this should be upset. The Russian woman has long been claiming a medal, but unnecessary misses at the turn interfere. Physically, she is even ready to win, but psychologically … Coaches need to communicate with the athlete or find her a psychologist. Then a medal at the World Championship will not be long in coming. As for the rest, Pavlova and Kuklina are 11th and 12th respectively. Kaisheva – 22nd. In general, you can add this race to the asset. Progress is evident.

South Korea: How a woman fights against inequality in the Corona model country

A 13-year-old teenager runs away after a meeting on Instagram: found, she files a complaint for 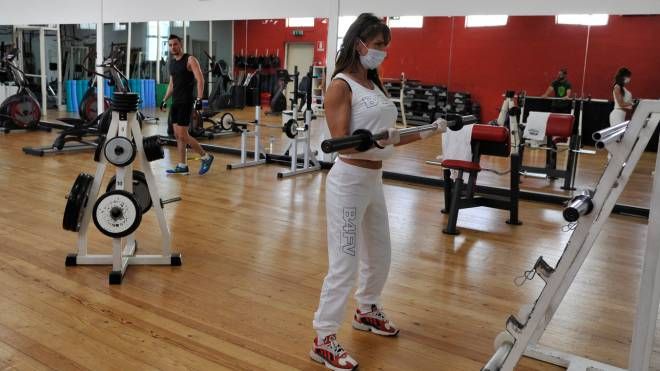 Covid, when do gyms and swimming pools reopen? Here are dates and hypotheses – Chronicle

Argentina fights Corona through the statue of Maradona!

the US dollar recovers from multi-year support