The Government will extend the restrictions and social mobility for another week to contain the curve of the pandemic, which is approaching the worst data of the second wave. The measures adopted on the 7th expired this Sunday and will now be extended until the 24th. The package of prohibitions basically comprises the veto to leave the municipality itself, the closure of gyms, that of stores of more than 400 square meters and that of everything weekend trade except food.

From the hand of the Procicat, the Executive will decide from now weekly the restrictions. The extension of the current ones came a few hours after commercial entities concentrated on Plaça de Sant Jaume demanding aid and censuring the management of the third wave. The sector already agreed with a huge disappointment the first closing dictated just after Reyes to impact fully at the start of the sales season. The booksellers’ union showed its anger at not being able to open on the weekend as the Government did not consider them an essential activity this time as it had done before.

With the data on the table, the pandemic continues to advance and is approaching the records of the second wave. Hospitals have had to postpone delayed and not considered urgent operations to free up beds. 2,501 patients are admitted for covid -56 more than on Tuesday- and 493 are in the ICU -16 more-. Health also notified 5,000 new positives in the last 24 hours. The risk of re-emergence, the potential growth rate of the epidemic, rose to 657 points —48 more than the day before yesterday— and 11 deaths were reported.

Josep Maria Argimon, Secretary of Public Health of the Generalitat, already showed yesterday morning in favor of prolonging the measures for a few more days to contain the curve. The pandemic is growing at a sustained rate of 2%, although the exponential increase that was feared at Christmas has not been consummated. The only data that minimally encourages optimism, Argimon said, is that the results of the antigen tests this Tuesday are better than those of just a week ago for the first time in 40 days and that not as many pneumonia are being diagnosed. However, he said that if this rhythm is maintained, the worst record of the second wave will be reached with 30,000 weekly cases.

The fight to contain the curve is carried out while the vaccine plan is rolled out among the risk groups. Salud said last week that 5.7% of the people who had been offered refused the dose. Yesterday, he lowered that percentage among health personnel to less than 1% and set it between 7% and 8% among nursing home personnel. Cinta Pascual, president of the Acra employer’s association, estimated the rejection of the sector’s employees at 15% and called for the responsibility and ethics of the workers. Carmen Cabezas, deputy director general of Health Promotion, trusts that there will be a progressive acceptance of the vaccine.

Salud will begin next week the second round of the Pfizer vaccine and will give the second dose to Josefa Pérez, 89, the first Catalan to receive the vaccine

Health plans this Monday to give the second dose of the Pfizer vaccine to Josefa Pérez, 89, from the Feixa Llarga residence in l’Hospitalet de Llobregat and who became the first Catalan to be vaccinated on December 27. The second dose is inoculated at least after 21 days and complete immunity – 95% – is achieved after a week or 10 days. The first dose offers an immunity of 52%. The adverse reactions they have produced, such as a slight headache or pain in the area where it is injected, reach only 0.2% of cases.

Health has received 180,020 doses so far and has administered half, 91,335: 31,884 in residents; 16,636 in nursing home professionals and the rest in health personnel. At the same time, yesterday the first 5,800 doses of the Moderna vaccine arrived in Catalonia, which offers an efficacy of 94% and whose two doses have to be administered within a period of 28 days. The plan is that after checking that they are in good condition and that the cold chain has not been broken, they will begin to be applied between Friday and Saturday in the hospitals of Mataró, Sant Joan de Deu, Manresa and Amposta.

19 deaths in the STS residence in Salou

The STS residence in Salou has reported 19 deaths of elderly residents due to covid-19, according to the Department of Health. This socio-sanitary and geriatric center counted 134 users at the beginning of the outbreak, of which 94 tested positive. In the last PCR tests, 18 who had tested positive already tested negative; seven patients have always tested negative and 12 have been referred to hospitals or other centers. The outbreak also affected 45 employees, who have been reincorporating as they have been quarantined until negative, as is the case yesterday with seven workers. The rapid spread of covid-19 in the residence forced the staff of the CAP in Salou to perform lung ultrasounds on the grandparents to assess their prognosis and ordered the transfer of 17 to hospitals. The STS group manages the residence in Salou and others in Reus, Granollers, Valldoreix and Tarragona. It also owns another in Cambrils where in December there were a dozen deaths from covid-19. MARC ROVIRA

Argimon calculated that the vaccination of these risk groups will be finished by the end of March and that it will then be done with the chronically ill and essential workers, among which teachers could be included. But they cannot make big forecasts because they depend on the availability of vaccines that they have and that the European Union is supplying them. “They ask us ‘when it’s my turn,’” Argimon said, noting that he does not have an answer to that question because it will depend on the doses they have. The plan will be applied based on three criteria: the type of vaccine they receive, the amount and the cadence with which the doses arrive. The Secretary of Public Health specifically wanted to deny the hypothesis that at this rate of vaccination all doses will be injected in March 2023. “This is not the case: we are putting the vaccines according to how they arrive and at the moment, from Pfizer, there are 60,000 every Monday, “he clarified.

The aim is to increase children’s educational opportunities 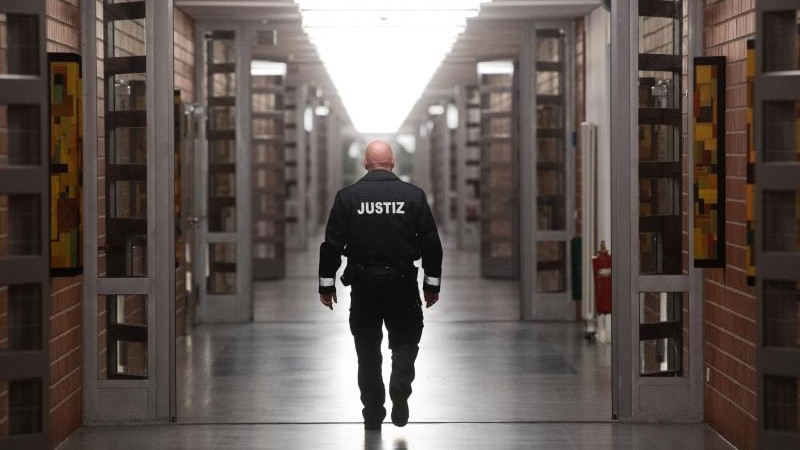 The Netherlands is introducing a flight tax of 7.45 euros per ticket

Investigators handed down verdict in case of Khachaturian sisters – URA.Ru