the first photos of the reboot shooting in New York unveiled 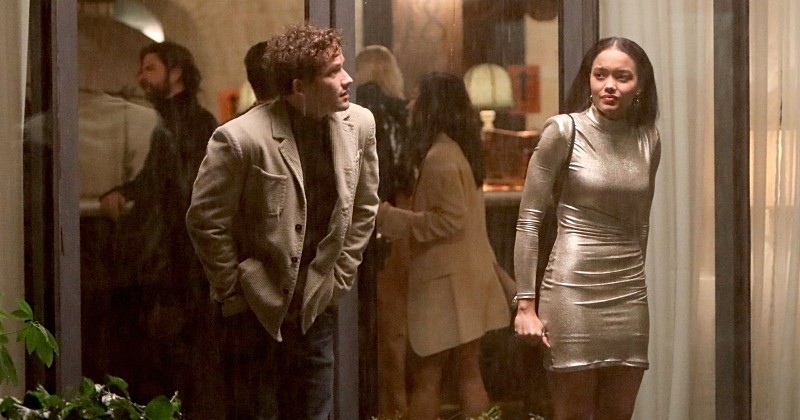 Notice to those nostalgic for “Gossip Girl”! Filming for the reboot of the cult series featuring New York’s golden youth began at the end of October and the first images have been unveiled.

Indeed, two of the new actors of this modernized version of the series released in 2007 were photographed at the exit of a building located in the center of New York. They are Eli Brown and Whitney Peak, respectively known for their roles in “Pretty Little Liars” and “The New Adventures of Sabrina”. If we still know very little about the future scenario, the outfits of the characters, particularly elegant, suggest that they come out of a date or an evening.

According to Deadline, the famous American magazine specializing in cinema, always well informed when it comes to obtaining the latest indiscretions, the two actors would be part of the main trio on the bill of this long-awaited reboot. Originally scheduled for 2020, the screen release of the series produced by the HBO Max channel had to be delayed due to the global coronavirus pandemic and was finally postponed to 2021.

The #GossipGirl reboot series has started filming and we have some of the first photos from set! https://t.co/HHMpqHWpnn

The same codes as the original series

Fans of “Gossip Girl” can indeed be reassured since the same atmosphere will reign over the new series. The characters change but it’s a safe bet that they are close to those who made the success of Serena, Blair, Dan, Nate or even Chuck.

As one could also suspect, several serious sources already affirm that the overall plot should strongly resemble that which had held in suspense the televiewers during the 6 seasons diffused between 2007 and 2012. For example, the characters will still live in the ‘Upper East Side, one of New York’s most exclusive areas. But that’s not all, it is also rumored that the parties, the tears, the betrayals and the love stories will be back, to the delight of the worshipers of the program.

However, the blog through which the latest gossip and rumors were disclosed will be replaced by social networks. And when we know the impact they can have nowadays, we can easily imagine a multitude of twists and turns.

Here are the first photos of the shoot, taken on Thursday, November 5: