Although the new Škoda Octavia has been in the world for some ten months, its most innovative variants have only really been presented to journalists now – at the presentation entitled “Octavia and Sustainable Mobility”. Although the endlessly twisted phrase puts me goosebumps, I was really curious about the news.

One of the biggest is the introduction of a plug-in hybrid variant into the offer, even with the RS designation and a combined output of 245 horsepower. So the same as the previous generation of “sheep” had an absolute peak, called RS 245.

But while at that time the two-liter turbocharged under the hood and the chassis was adapted to the top sports variant, here the drive is provided by a mere fourteen-hundred and electric motor – and the chassis, although again with a specific tuning, has the same ground clearance as in the civil Octavia IV to maintain prescribed distance of the battery from the asphalt.

Just squat down a bit and you can already see that the chassis is somehow unnaturally high for this octavia to bear the RS logo.

“How will it work?” I ask myself as I get behind the wheel. Ordinary octavia doesn’t drive badly at all as long as you want two-thirds of its abilities, but when you try to squeeze everything out of it, you know that it was created as a car on the way to work and for rolls, nothing more.

However, the RS iV version got big wheels, more aggressive bumpers, sports seats, an alcantar on the dashboard and an imitation of carbon, which is fake until it hurts, but at least they do not bounce into the eyes of “pigs” like chrome handles and lines on steering wheel.

The Alcantara on the dashboard is pleasant, but behind the wheel it still doesn’t sit twice comfortably due to the shape of the center console, and the chrome lines in the steering wheel uncomfortably reflect the sun into the eyes.

However, the greater load on the rear axle thanks to the battery under the rear seats can mean a more balanced behavior, I hope, when I slowly drive to electricity through the Austrian village. I try different driving modes; the adaptive chassis in Sport mode stiffens pleasantly and the car is confident.

Even the false sound that comes out of the speakers when the electronics start the internal combustion engine can be listened to. But what reminds me the most is the hum of the exhaust, at least at lower engine loads, so I’d like to hear it from behind instead of from the front.

The electric motor helps, but the weight is known

He manages long turns very quickly as long as I drive smoothly.

But I soon find out that I had to set up the car in the village to keep the traction battery charged. To compensate for the turbocharger delay, the battery always retains some power, even if the indicator on the left side of the instrument panel illuminates red that electricity has run out. But when I keep full throttle longer, there is no place to get electricity from and the towing of the car is relatively weak.

During a sharp ride, I also very quickly find out that the chassis behaves very similarly to a civilian Octavia – as long as I drive smoothly, work sensitively with the steering wheel and add or remove throttle, I can drive really fast thanks to top tires.

But as soon as they start accelerating when working with the steering wheel and pedals, or there is a series of fast turns, between which there is not enough space for the car to transfer weight in peace, suddenly the RS iV station wagon chases, becomes understeer and becomes much more familiar with its 1 .8 tons curb weight.

The battery of the plug-in hybrid device is under the rear seats, ie inside the wheelbase, which helps handling.

The behavior of the transmission when I want to shift the paddles under the steering wheel myself does not help a sharp ride. Upshifting works nicely, although under full throttle the shift is accompanied by a noticeable drop in power that dual-clutch technology should erase.

When downgrading, however, not unlike a few months ago tested by Leon FR, I never know if I’ll wait a second or four seconds for a lower gear after pulling the paddle. In addition, the classified quality is not visible in the head-up display or in sports mode.

The flat tachometer lacks information about what the hybrid system is doing.

I will also mention the special mode of the instrument panel, in which the tachometer is the line at the top and the speed is a beautifully legibly large number in the middle. I take it as a replacement for the central tachometer, which all Škoda cars have had so far, including the one-liter kamique, but unfortunately the new octavia did not get it in the civilian version.

The advantages are the same – it is nicely clear and permanently displays the oil temperature, but the tachometer does not show what the hybrid system does, unlike the two circles. In addition, they can display the temperature of water, oil and transmission oil at the same time, so they are almost even better.

As a result, perhaps the clearest view is the most boring at first glance with two circles.

CNG is for calm …

A moment later, I sit in the only presented version, which already has a direct predecessor – a gas G-Tec with CNG propulsion. The difference from the past is that the petrol tank shrank to just 9 liters in favor of the third cylindrical gas tank. The total volume of the tanks is 17.33 kg of CNG. At the current average of 27.60 crowns per kilogram, this is some 480 crowns for “full”.

The second reason why the gas tank is so small is homologation. EU regulations allow a car that, in addition to gas tanks, has a supply of petrol up to 15 liters to be homologated as so-called monovalent, ie powered by one type of fuel. In this case, it is CNG, the combustion of which is significantly cleaner.

Thus, despite direct fuel injection, the engine does not use a particulate filter and has lower CO2 and nitrogen oxide emissions compared to a comparable gasoline engine.

You can recognize the G-Tec version from the outside only by the logo on the rear. And depending on which stand at the gas station it stops at.

Otherwise, it is, of course, an ordinary fifteen-stroke petrol engine, in this case tuned to 131 horsepower and coupled to a seven-speed DSG. Its biggest advantage is the amazingly quiet and refined running – it’s even better than gasoline.

The curb weight of around 1.5 tons is some 60 kg higher than the ordinary 150-horsepower Octavia TSI, and together with the lower power, you can see the dynamics – the car does not want to accelerate so much and it takes a little longer to get to the highway pace.

But the chassis is just as pleasant, confident and trustworthy, and it seems to me that thanks to the heavier weight on the rear axle, it is still a little better balanced. And most importantly, it’s not a pendulum like the older octavia gas with steel tanks behind the rear axle – the tanks are now composite and weigh about 30 kg instead of the meter.

After the ride, I finally learned why the instrument panel compared to the older one – for the presentation we arrived superbem iV with an older system – so it bothers, although the ability to adjust the display on its sides on the steering wheel is nice.

According to the carmaker, it was simplified, which meant cutting back on some features. In addition to the central tachometer, the possibility of adjusting the display in the middle of the display also fell victim to this effort. The map and the output of the driving assistants are therefore only displayed in full screen, not between the round alarm clocks – and the speed is permanently displayed there again.

The interior of the G-Tec octavia is, with the exception of two fuel meters, indistinguishable from a car on petrol or diesel.

I return to Prague a little unexpectedly, but all the more pleasantly on the quiet D1 motorway, and most of all I’m looking forward to the “ordinary” Octavia RS without an electric motor. Because it will be significantly lighter and with the petrol engine it will also offer a smart VAQ front differential, I promise a better experience from sharp driving.

The RS with the plug-in hybrid adjective iV is a fast car that can drive for little with a little effort in the form of regular charging, but also decently fast when you need it.

Apart from his appearance, don’t expect any great sportiness from him. On the contrary, what it offers is a handsome stagecoach with good seats on the outside, in which you can manage long distances without the slightest problem.

With the gas G-Tec, on the other hand, it will be necessary to plan long routes a little more, because petrol is really only a rescue in the event of an emergency, and for example south of Prague, it is quite sad with CNG filling stations.

Otherwise, it is an excellent ecological alternative to conventional Octavia, but it does not cost a fortune like an electric car.

“ Xbox is not sold out after Bethesda purchase ” 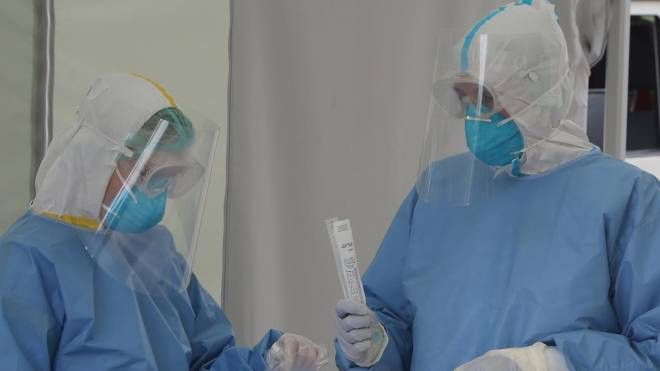