EU officials are negotiating to grant the Kaliningrad region an exceptional status from the sanctions regime. An agreement could be reached already at the beginning of July, if Lithuania would withdraw its objections, informed anonymous sources.

Although the Western countries have promised to support Ukraine, whose territory Russia has invaded, reaffirming their position at the G7 and NATO summits held this week, Europe is having difficulties both in complying with the strict sanctions and in avoiding the aggravation of relations with Russia.

Therefore, European officials, with the support of Germany, are looking for a compromise to resolve one of the many conflicts with Moscow, one of the sources told Reuters.

If the usual route of Russian goods to the Kaliningrad region through Belarus and Lithuania is not restored, Vilnius fears that Moscow could use military force to create a land corridor between its territories, he added.

Germany, whose soldiers are in Lithuania, wants to avoid a direct confrontation with Russia, and Europe’s largest economy depends on Russian gas imports and does not want to allow gas supplies to be interrupted if the dispute over transit to the Kaliningrad region escalates.

Putin “has more leverage than we do. It is in our interest to find a compromise,” one of the sources close to the talks admitted to “Reuters”, who added that their result might not be fair.

The Ministry of Foreign Affairs of Lithuania stated that consultations with the European Commission regarding the application of sanctions will continue, however, it was emphasized that no changes should single out Lithuania, because “sanctions must be implemented, and no decision taken should reduce the credibility and effectiveness of the EU’s sanctions policy.”

According to the sources, one of the compromises would allow EU sanctions not to be applied to the flow of cargo between Russia and the Kaliningrad region, as it is not a regular international trade. Such an exception could be applied to goods that are used in Kaliningrad and are not exported further. This would mean that the risk of conflict with Russia would increase for Lithuania, which would have to determine the destination of the goods.

The second compromise solution could be based on humanitarian considerations, since the enclave located between Lithuania, Poland and the Baltic Sea has no other land routes, except through the territory of the EU.

Lithuania, which is one of the sharpest critics of Russia in the EU, is wary of any possible concessions to Russia, therefore opposing officials in Brussels and Berlin who want to smooth relations with Moscow.

In mid-June, EU sanctions on the transportation of Russian iron, steel and ferrous metals through the EU came into force. It will be joined by cement and alcohol on July 10, coal in August and oil products in December. When all the sanctions are in effect, about half of Russian cargo to the Kaliningrad region will be subject to them.

Passenger and food transportation has not been disrupted, and air and sea traffic to the Kaliningrad region continues without restrictions.

Russia has threatened Lithuania with retaliatory measures, but so far they have not been specified.

Dmitry Medvedev, the deputy chairman of Russia’s Security Council, told Russian media this week that “there are many options, many of which are economic in nature and can cut off oxygen to our hostile Baltic neighbors.” 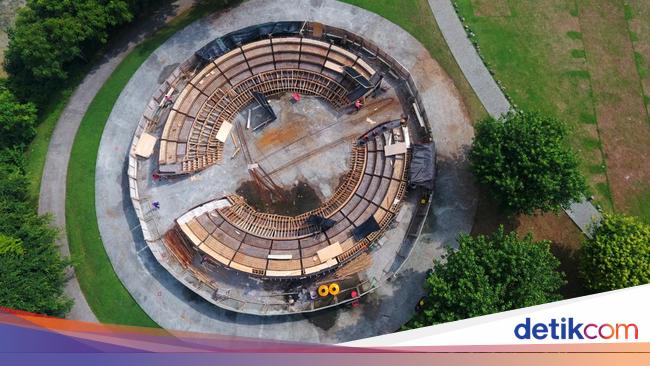