The crisis staff is looking for beds. I in hotels

The curve of those infected is growing despite the measures taken, which will affect the Czech health care system with a delay, the minister said after the meeting of the crisis staff. Now, according to Hamáček, the situation regarding the sufficient number of available beds in the ICU and those with oxygen is still manageable. However, the capacity is filling up. “It can be said that about four percent of those infected end up in hospital. This is a number that has not changed in the long run, “said the minister.

The crisis staff is therefore preparing reserve capacity for beds. Preparations have already begun in Prague, where a total of thousands of beds should be provided. “We have divided them into four categories and according to them we are looking for backup capacities so that they will be ready as soon as possible,” Hamáček explained.

In practice, this will mean an increase in hospital beds, but also the use of empty hotels. According to his statement for Radio Impuls, the Minister of Health Roman Prymula also counts on this possibility. According to the president of the Association of Hotels and Restaurants Václav Stárek, hotels will be reserved all over the country, especially in big cities.

The first two categories of beds, ie cases requiring intensive or light medical care, must be found in hospitals. At stake, for example, is the opening of today’s closed wards and the thickening of beds.

The third and fourth categories include beds for people who do not need permanent medical care, but who need sufficient supervision, or for people who no longer have conditions for isolation in their place of residence. These beds could also be placed in hotels, which would be compensated for the provision of space. “After Prague, where the situation is the most serious, then we select backup beds in other regions as well,” the minister added.

However, handing in with the raised beds must also come with the provision of staff. Hamáček said that it would be necessary to order a work duty for medics.

The Minister of the Interior also informed that protective equipment was being distributed to teachers. According to him, the state should have enough in stock. The interior completed the tenders announced after the end of the spring emergency, thanks to which 19 million FFP2 respirators, 12.5 thousand FFP3 respirators, 30 million veils and 783 thousand protective suits are to be delivered. Hamáček did not disclose the total amount for these purchases yesterday. Volleyball: Matchday suspended, VfL Wolfsburg and Gamsen expect the season to be interrupted 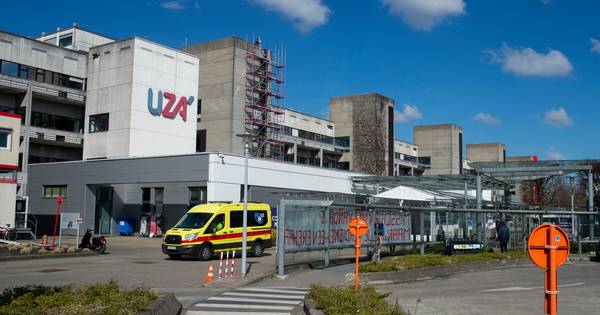