The businessman murder was solved like this! ‘I dealt with 2 million Euros in exchange for my death’ 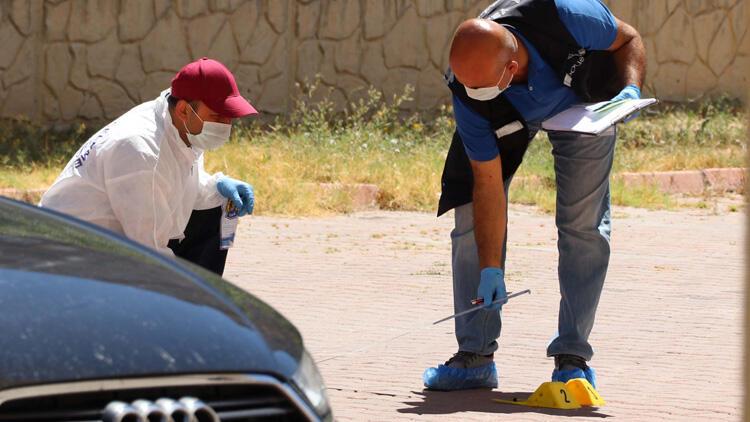 The incident took place on August 4, in the central Kocasinan district, Mimarsinan Mahallesi Tarsus Street, the cement company owner. Orhan Adıbellioccurred at work. An unidentified person entered the workplace and ran away by shooting at the businessman Orhan Adıbelli with a gun. Adıbelli, who was hit by 3 bullets in her body, died in the hospital where she was taken. After the murder Kayseri Public Security Branch Office Murder The Bureau Chief teams launched a large-scale investigation.

In this context, 3 special teams were formed to enlighten the murder. The teams interviewed 270 people face to face and examined 750 hours of mobese images. In the examination, it was determined that the suspect of the murder was Emrah Yıldırım, who lives in Gaziantep. Thereupon, Kayseri police started a coordinated work with Gaziantep Police Department. In the study, Emrah Yıldırım was caught and detained in the road application carried out by the Gaziantep police. Emrah Yıldırım, who was brought to Kayseri a week ago, was arrested by saying that he committed the murder in return for money in his statement from the prosecutor’s office. On the other hand, Sadık Onur Mert, Doğan Kılıç and Müslüm Polat, who were detained within the scope of the investigation, which was expanded in line with Emrah Yıldırım’s statement, were arrested on the grounds that they were involved in murder and instigated, and Müslüm Ede was released on condition of court control. In addition, it was learned that Vedat Kılıç, who was driving Emrah Yıldırım on the day of the murder, allegedly with a fake ID, was still on the run. The police are continuing to work to catch Vedat Kılıç.

Read Also:  Hundreds of people demonstrate in Santiago against the "deterioration" of the health of the Government of Feijóo | Radio Galicia

‘THEY SAY THAT THEY WILL GIVE 2 MILLION EURO’

Emrah Yıldırım claimed that he committed the murder in return for money in his statement from the prosecutor’s office. Yıldırım said, “I went to prison in 2012 for attempted murder. After serving 7 years, I was released from prison on October 19, 2019. I have no profession. Vedat Kılıç becomes my distant relative. We came to Kayseri with vehicles we rented with fake ID. Vedat, the Fugitive, was my driver in the murder of Orhan Adıbelli. Müslüm Polat would be my ward friend from prison. I received information about the trigger job. The people I interviewed said they would pay 2 million Euros.

‘I HAVE SHOOTED BEFORE THE MURDER’

Saying that he went to a village before the murder was committed and did target practice, Yıldırım said, “He gave me a 45-cartridge gun and a mobile phone. When I told that the gun was heavy, I went to a village whose name I did not know and did two magazine shooting drills. Sadık Onur Mert told me Vedat Kılıç was the driver. I bought 150 thousand TL in cash from Müslüm Polat’s office. Vedat went to Kayseri and rented a house in Talas. I also rented a house on the site of Orhan Adıbelli’s son while I was exploring. I stayed for 2 weeks, my goal. “It was to follow whether Orhan Adıbelli went to this site or not. Then we followed it day and night,” he said.

Read Also:  Last minute! Minister Kasapoğlu: There will be inspection and sanctions regarding the ground!

Stating that he bought a hat from the shopping center on the day of the incident and was sitting in a kiosk wearing his mask and hat, Yıldırım said, “I went towards the place where 6 people were sitting, I picked up the gun, when they said ‘what is that weapon’ to me, I targeted Orhan Adıbelli, saying, I saw that 3 of them were hit. I threw my striped shirt, hat and mask in the garbage can and took a taxi and calmly went to Talas. Sadık Onur Mert told me to hide in Talas. I hid in residences, then to Maraş and from there. “I went to Antep. I agreed to 2 million euros in return for murdering Orhan Adıbelli, but they gave 200 thousand TL. I did this for money,” he said.

Murder, has a wide repercussion in the Dutch and Belgian press

On the other hand, murdered business man Orhan ADIBELLİ until the year 2012 in Rotterdam, Netherlands, and later the same year in which it operates in Belgium, was allegedly fled to Turkey eight years ago due to gang membership and drug trafficking. It was stated that Adıbelli, whose name was involved in drug trafficking in Europe, was blocked in bank accounts in various European countries. The death of Adıbelli, who established a cement factory on the Kayseri-Malatya highway, was widely reported in the Netherlands and Belgium media.

On the other hand, it was determined that Sadık Onur Mert, one of the four arrested, was the instigator of the shooting of the franchisee of a local newspaper in Gaziantep in 2018.

Read Also:  The 48-year-old from Bischofsheim is the first woman in the history of this interest group to be at the top.