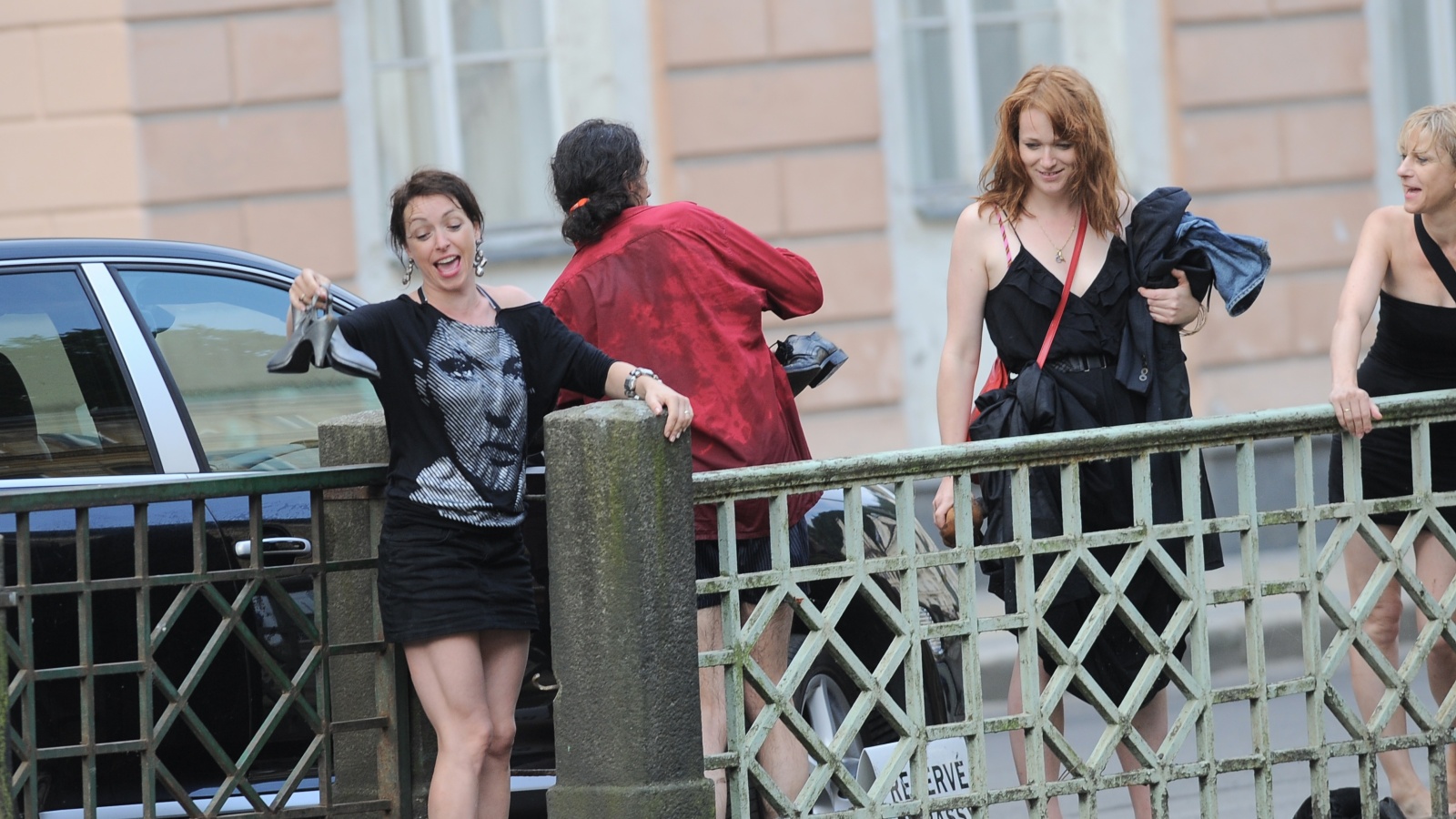 The film festival in Karlovy Vary is not only a show of great pictures and beautiful gowns, but also sometimes all sorts of celebrity troubles. Although some escapades are almost forgotten in a matter of weeks, others have stuck in the memory of festival fans to this day. Who previously made a big splash in Vary?

The Karlovy Vary International Film Festival is regularly one of the most important events of the year. Every year, a number of not only Czech, but also international celebrities come to the spa town to celebrate the presented films and shine in expensive gowns. But the festival also inevitably includes various parties. And it was the scandals that arose over them in the past that many times attracted more attention than the festival itself.

Agate under the picture

Agatha Hanychová once managed what perhaps no one else had done before. The former queen of parties was a regular visitor to the film festival in Karlovy Vary until 2012. That’s when she went to Vary with her now ex-partner Mirek Dopita, and after the exuberant party, they had a good time. According to the information eXtra.cz Hanychová, greatly strengthened by alcohol, fell on the way to the hotel, and a passing tourist with a camera around her neck tried to help her.

But her partner mistook the tourist for paparazzi and immediately attacked him. The police were eventually called to the conflict, to which the lovers did not behave very well, and in the end Hanychová and Dopita were taken away with handcuffs. Agáta was subsequently banned from entering for several years by festival president Jiří Bartoška.

Party in the river

In 2010, the trio Geislerová, Dyková and Macháček again caused quite a stir. The aforementioned actor celebrated his 44th birthday during the festival, and it was no small celebration at all. It lasted even until the later hours of the morning, when according to Flash the artists, together with other people, went to the river Teplá around seven in the morning, into which they excitedly jumped, fueled by alcohol. Understandably, their outbursts did not escape the attention of many.

Alcohol in the main role

In short, alcohol flows freely at the film festival, and many others have paid to drink it. For example, the singer Marek Ztracený, whose consumption of red wine cost him a concussion and a broken head when he tried to go down the stairs under steam. “I fell on my head, I was bleeding and then I don’t remember anything,” the singer once argued Flash.

Drunken Matěj Ruppert was not even able to stagger to his hotel, so he laid his head down on a bench in the middle of the colonnade, where journalists and passing visitors of Karlovy Vary took pictures of him. And as the website states women.iprima.cz, during one year, the security had to intervene against Oldřich Kaiser, who was trying to get onto the stage, where the band Olympic was singing, while drunk. The actor was eventually removed from the event. However, there were many more similar excesses at the Karlovy Vary International Film Festival.

Urinating on the street and fights: The stars of the Vary film festival can get it going

Jitka Čvančarová switched gears, changed her wardrobe after criticism of her blue dress