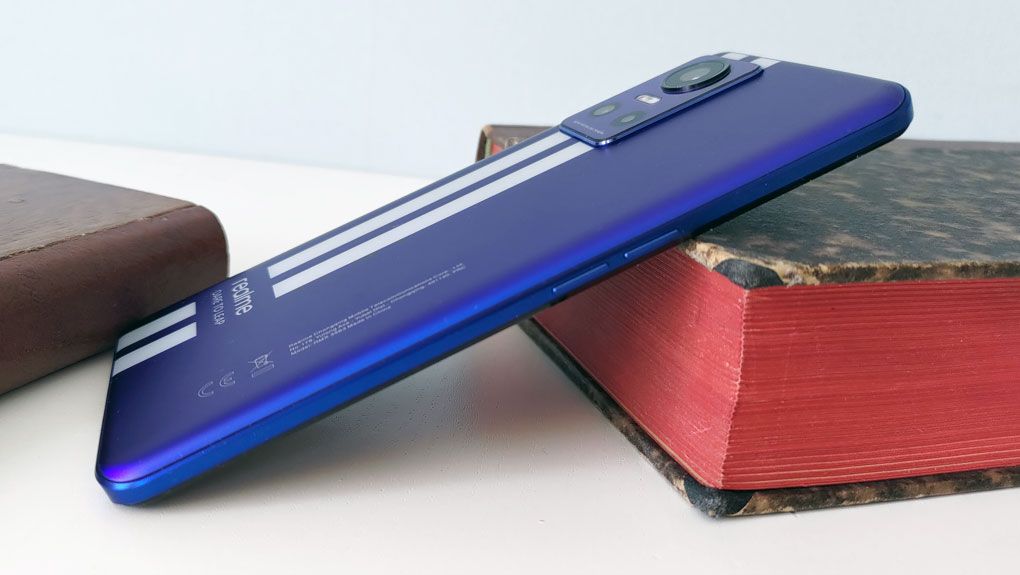 Battery charging is an issue that divides the smartphone industry. On the one hand, we have the giants Apple and Samsung, who together with Sony choose to remove USB chargers from their packaging, even for simpler models that do not have wireless charging, and which at most have a semi-high power via physical port. On the other hand, we have a bunch of manufacturers who are gearing up and trying to beat each other with beefy chargers that provide the fastest USB charge.

Realme likes to surprise and here they do it again. An eye-catching design, a system circuit we have not seen before, brilliant image and sound, and the most powerful battery charge to date. It’s a bit of a gimmick, and unfortunately the GT Neo 3 also comes with a handful of compromises. But it’s cool.

Fastest of all right now is Realme. Their new GT Neo 3 is available in two versions, one with support for 80 watts of charge, which is a lot already, and one that breaks records in charging power with as much as 150 watts. It is the one that now comes to Sweden and starts to be sold during the summer at, for example, Mediamarkt, Inet and Webhallen.

As always from Realme, we get a distinctive design. The Chinese upstart is not shy with color choices and different materials in his phones. Here we get a back in matt glass in a deep blue, on the border of purple tone, with white stripes on one side. There should also be a matte black version without decoration for those who are bored.

The frame is made of plastic with a high quality feel, and the front has a flat Gorilla Glass 5, plus a pre-applied screen protector. Despite large dimensions and a certain weight, it is a stably built phone that with comfortable surfaces and rounded shapes is comfortable to grip. Its small and slightly fussy volume buttons are an exception to that. They could have been more prominent.

The battery in the fast-charging model is 4,500 mAh. Apparently it is 5,000 mAh for the “regular” model, but here a little battery volume has been given space for the fast charging function. It uses a proprietary charging technology that makes the initial charging speed extremely fast, along with the included massive 150-watt charger. Realme states that it should go from zero to 50 percent in as little as five minutes.

When we test, we go from 10 to 50 percent in the promised time. If you run out of energy and need to top up for a few hours of extra operation, it goes extremely quickly. Then it takes time to fill the rest, as the charging rate slows down so as not to wear out the battery. Even then, we are talking about a charging time of everything of just over 20 minutes.

In addition to an extremely fast-charging battery, the GT Neo 3 offers qualities stumbling close to this spring’s best premium mobiles, but not really. For example, you do not receive IP-rated water protection or wireless charging. And it’s wifi 6 instead of the latest wifi 6e. On the other hand, it is possible to forgive as it costs less than most of them. The price for the model I tested, with 12 gigabytes of frame memory and 256 gigabytes of storage is SEK 7,490.

It has a system circuit we have not seen in a mobile in Sweden before, Mediatek Dimensity 8100. Their latest circuits can compete with Samsung and Qualcomm. Dimensity 9000 is called the real flagship challenger, but Dimensity 8100 does not go off for picks either, and delivers computing power roughly in class with last year’s Snapdragon 888. At least in cpu performance.

It gives us performance that most users will not be able to distinguish from the latest top mobiles. With 12 gigabytes of frame memory and 256 gigabytes of storage, both of the fastest variety, a pleasant haptic vibration motor, a screen with 120 Hz frame rate and a high screen reading rate, we get a constant fast experience. This regardless of whether we scroll on heavy web pages, edit media, work in mobile Office or take photos and film.

Dimensity 8100 should also have a sharp ai processor and signal processor for photos, but these are more difficult to measure performance. The graphics are more modest, roughly in class with the previous generation Samsung Exynos. It is only in games, and then only the most demanding, that we notice that we have the very best that the market has to offer. But even then it goes pretty fast, thanks to the resolution being 1080p and not 1440p as in some top phones.

Screen that has almost everything

It’s still just as sharp as it should be, and in the name of honesty we do not understand manufacturers who put more high-resolution screens in a mobile. There are more important things to focus on, and the screen in the GT Neo 3 bends off most of what a good mobile screen should have.

Med strax under 800 cd/m2 in brightness in auto mode there are no situations that we feel we need more. The screen also has excellent color matching to the dci-p3 standard and support for hdr10 +. The only thing the screen lacks is ltpo technology for dynamic frame rate control, which some of the top mobiles have. This means that it can only switch between 120 Hz and 60 Hz in automatic mode. It could have saved additional battery.

Now the battery life is still convincing. We can stream almost 20 hours of full HD video at high brightness, and active use with a 120 Hz screen in full swing is not as stressful for the battery as we feared, even if you then have to lower your expectations. For the most part, you can count on a battery that lasts all day, although some apps may consume more than others.

GT Neo 3 has good-sounding stereo speakers with a nice level of detail, but maybe not the real weight in the base that some competitors have. You have support for Dolby Atmos, which is constantly on in speakerphone mode, but can be turned off if you plug in headphones. Voices in conversation are also of high quality.

The cameras in the phone are three in number, with a 50 megapixel sensor with optical image stabilization as the main number, as well as an eight megapixel wide angle and a small two megapixel macro as a complement. The main camera takes sharp pictures with rich color without feeling exaggerated. It has fast focus, which makes it easy to take snapshots. Even in dim light, the level of detail is high.

For the most part, it hits right, but if you take action pictures, you should always make sure to take some extra, because sometimes you can get a picture where the sharpness did not keep up. A quick burst mode if you hold down the shutter button helps. The camera app has an ai mode that we recommend that you activate for indoor photography, where white balance and dynamics can otherwise be skewed, but the ai functions do a good job of compensating for this.

The two extra cameras are not much to talk about. The wide angle takes sharp pictures if you do not have sky-high demands and manage to keep the same color balance as the main camera in daylight. It can lose sharpness in the corners though. At night it does not hang with as well and loses a lot of details. The macro camera is just like most macro cameras in mobiles mostly there as decoration, to increase the number of cameras they can say that the phone has. It takes close-ups with a fixed focus, but not so close that it feels particularly useful.

The phone of course has Android 12 and comes with Realme’s own interface, with clear differences from the original Abdroid in visual presentation, layout and functions. There are many interface extensions, such as the ability to have floating windows, a quick menu on the page for favorite apps, a protected and easy-to-use child mode, and many options for setting interface details to your own taste.

Unfortunately, it also comes with an annoying collection of pre-installed apps that we could just as easily have downloaded ourselves if needed. Realme also does not have the best update policy for Android. You get two years of Android updates and three years of security updates. This may be considered the minimum requirement, especially when several competitors promise clearly more.

Realme has emerged as a new affordable alternative, as other manufacturers’ prices for top models are steadily rising. The main competitor to the Realme GT Neo 3 is perhaps Realme’s own top model GT 2 Proor Motorola Edge 30 Pro. They are both a few hundred bucks more expensive, but can be found for the same price. They have slightly higher performance thanks to the Snapdragon 8 gen 1, and give you some premium features that the GT Neo 3 lacks. More in camera, and in Motorola’s case also wireless charging.

Is it worth compromising on that to get brutally fast charging? We’re not so sure. This is still a good mobile, and if you like the style, there are few reasons not to strike. But the above two alternatives are objectively better, and they are also really fast-charging.

Starting to be sold in July at Inet, Mediamarkt and Webhallen