Technology Can Also Be Narcissistic, Perseverance Selfie Photos With Ingenuity on Mars 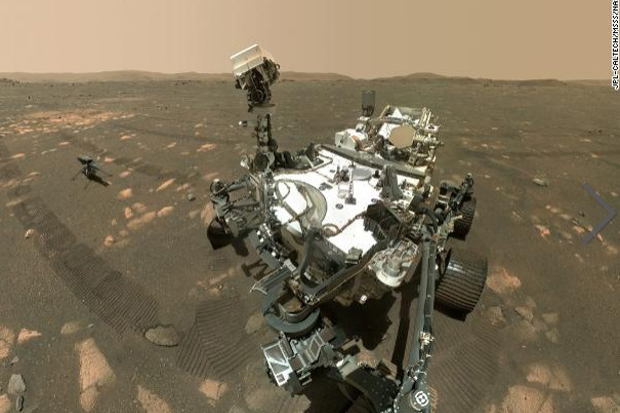 JAKARTA – A few days after explorer Perseverance NASA puts an Ingenuity helicopter onto the surface of Mars, the robot colleague takes a group selfie on Tuesday and sends it back to Earth.

Reported CNN, Perseverance uses a robotic arm attached to a camera at the end to take photos. Meanwhile, the Ingenuity Helicopter was seen about four meters to the left of the Perseverance rover.

READ: Under the Surface of the Planet Mars There is Estimated Life

The camera Perseverance uses is known as a WATSON or Wide Angle Topographic Sensor for Operation and eNgineering. This camera is part of the SHERLOC instrument for Scanning the Living Environment with Raman and Luminescence for Organics and Chemicals.

The selfie includes 62 individual images compiled together by the mission team on Earth. There’s also a picture where Perseverance looks back at Ingenuity.

The Ingenuity Helicopter is stored in the stomach Perseverance since before it was launched. When separated from the rover on April 3, 2021, the helicopter passed an important milestone: surviving a cold Martian night without the help of the rover to keep it warm.

The rover also uses a zoom camera on its mast to capture a detailed view of Ingenuity sitting on the surface of Mars on April 5, 2021.