That is 25 more than the 24 hours before. This brings the average number of infections in the past seven days to 49. In the municipality of Midden Drenthe, one person has been hospitalized with a positive corona test. No Drents have died. Most infections come from the municipality of Emmen (22) followed by the […] 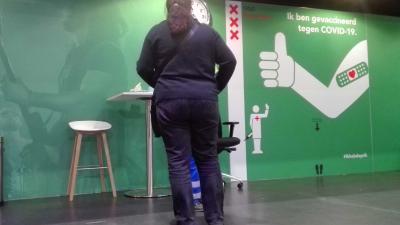 Handover Vaccination protects against getting sick from the coronavirus, but some people still get infected with the coronavirus despite vaccination. Until now, it was not clear to what extent vaccinated people can still transmit the virus. Previous studies have often shown this association indirectly. ‘The RIVM National Institute for Public Health and the Environment research […]

No new deaths have been reported. Four people have been hospitalized. The seven-day average has fallen from 453 per day to 410 per day. The number of deaths is on average 0.3 per day. National figures 2350 new corona infections were reported to RIVM until 10:00 this morning. That is 605 less than yesterday. On […]

Most of the new positive tests in the past 24 hours came from the municipality of Assen (15). Then Emmen (11) and Hoogeveen (10) follow. No Drenthe with corona have been hospitalized in the last 24 hours. RIVM has also reported no deaths in our province. Hospital Occupation There are currently six corona patients in […]

The weekly average, based on the last seven days including today, is 100 new infections per day in Drenthe. Assen and Emmen Most new infections were established in the past 24 hours in the municipalities of Assen (22) and Emmen (18). No new hospitalizations or deaths have been reported in our province. Number of new […]

No deaths have been reported in the region in the past 24 hours, as was Saturday. On Friday, 1 corona death was reported. However, four people with corona have been hospitalized. On the crownedhboard From the government, it can be seen that the reproduction number of the coronavirus is 2.91. This means that the virus […]

RIVM: 1271 new corona infections, no deaths in the region

Although the number of infections is again high, no deaths from corona infection have been reported in the region in the past 24 hours. One person has been hospitalized. Rural image Until 10:00 this morning, 11,064 new corona infections were reported to RIVM. That is 606 more than yesterday. It is the first time since […] 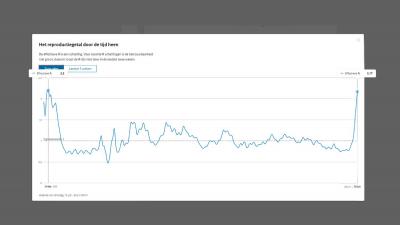 Coronavirus: Children Willem-Alexander and Máxima are vaccinated against coronavirus

Follow the most important corona news of Tuesday 6 July here 7:45 am – CNV: still too many corona-unsafe office placesMany workplaces are not equipped safely enough to prevent corona infections. This is the opinion of the trade union CNV after a tour of nine hundred people who returned to the office after working from […]