The German Football League is preparing to honor the champions of the 2nd Bundesliga on Sunday at two locations. If FC Schalke 04 defends the lead in the game against 1. FC Nürnberg, DFL Managing Director Donata Hopfen will present the championship trophy at the Max Morlock Stadium, the governing body announced on Tuesday. If […]

Manchester. After the last Premier League home game of the season with Manchester United, football superstar Cristiano Ronaldo thanked the club’s supporters on social media. “Once again, great support from the stands,” Ronaldo wrote on Instagram after the 3-0 win over Brentford FC. The Portuguese, who added a penalty to make it 2-0 at Old […]

Werder has to tremble to rise – Schalke back in front

Berlin (dpa) – FC Schalke 04 has regained the top of the table in the 2nd Bundesliga and is on the way up. The Royal Blues came to a hard-fought 2-1 (0-0) at SV Sandhausen on the third-to-last matchday and overtook SV Werder Bremen (57) with 59 points, who, despite a 2-0 lead against Holstein […] 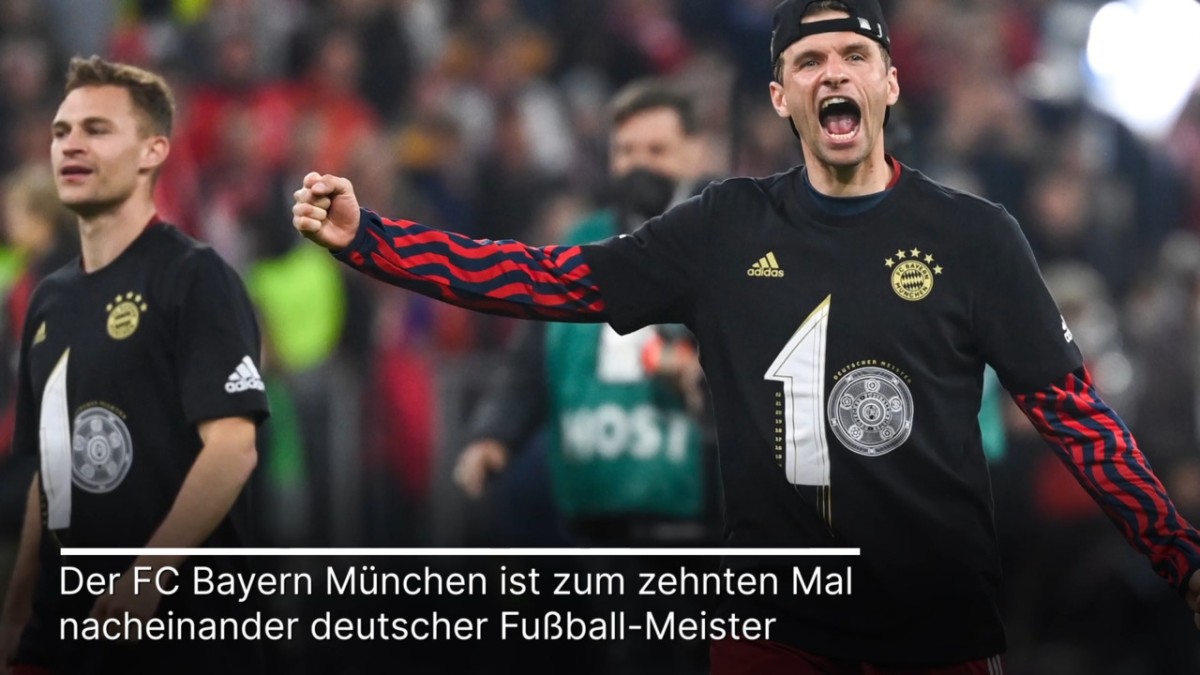 VfL Bochum coach Thomas Reis has been suspended for one game for his red card in Freiburg. The 48-year-old is missing in the Bundesliga game of the promoted team on Sunday (5:30 p.m. / DAZN) against FC Augsburg. The German Football Association announced the decision of the DFB sports court. This would mean that Reis […]

Not there against Augsburg: Bochum’s coach Reis suspended

VfL Bochum coach Thomas Reis has been suspended for one game for his red card in Freiburg. The 48-year-old is missing in the Bundesliga game of the promoted team on Sunday (5:30 p.m. / DAZN) against FC Augsburg. The decision of the DFB sports court was announced by the German Football Association in Frankfurt/Main. This […]

According to information from “Kicker”, the national soccer players Thomas Müller and Manuel Neuer should only get one-year contracts with FC Bayern Munich. Several media had recently reported on an imminent agreement for contract extensions over two years with the veterans of the German record champions. Neither Müller nor Neuer has reached an agreement, but […]

Incident in Frankfurt: Two spectators attach themselves to the gate

The game in the Bundesliga between Eintracht Frankfurt and SC Freiburg was interrupted in the second minute because two men had attached themselves to both posts of the goal of Eintracht keeper Kevin Trapp in a protest action. As the hosts moved forward, the two men ran onto the field past security, stood at the […]

Frankfurt / Main (AP) – Frankfurt’s coach Oliver Glasner did not blame his worn-out and disappointed players. Even if, after the 1: 2 (0: 1) against SC Freiburg, the continuation of the European Cup celebrations in the coming season is becoming increasingly unlikely for Eintracht. “I cannot and do not want to accuse the boys […]

Berlin (dpa) – FC Bayern is still on course for the tenth German soccer championship in a row. However, after the 4-1 (0-0) win at SC Freiburg, Munich must fear an aftermath. Because the sovereign Bundesliga leaders were on the field for a few seconds with twelve professionals. Bayern have little to fear from the […]