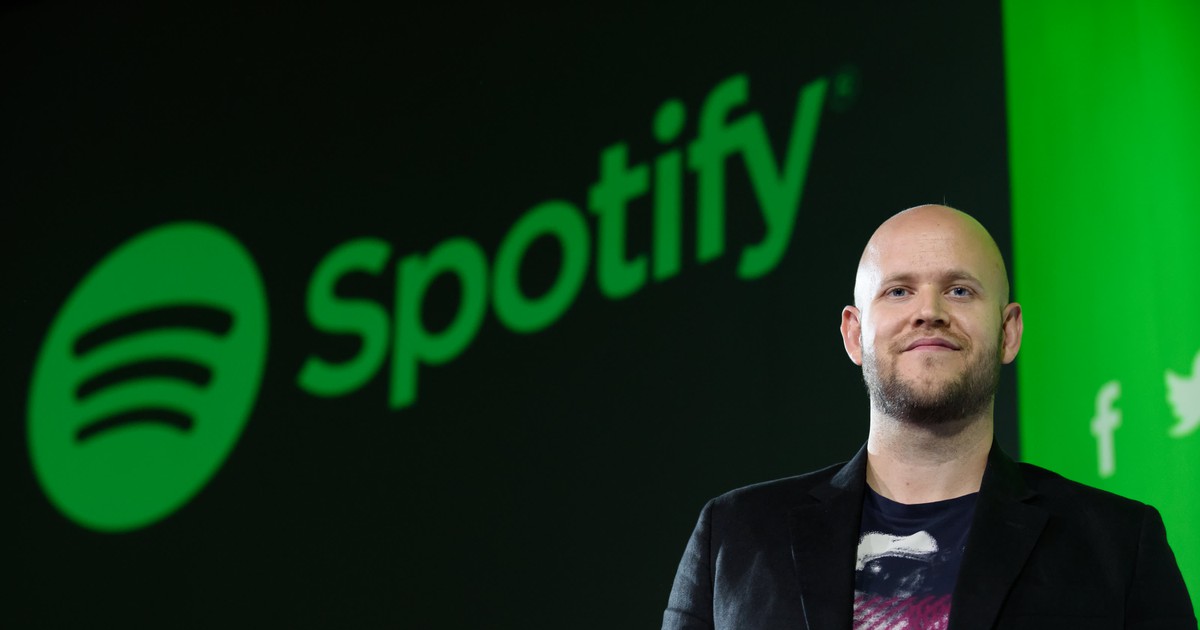 He became a millionaire revolutionizing the music market and now dreams of taking the reins of the football club of his loves, Arsenal: Daniel Ek, co-founder and patron of Spotify, embodies the success of a son of working-class Sweden who led his’ start-up ‘to the triumph on Wall Street.

With a shaved head and a three-day beard, trainers and a T-shirt, this 38-year-old man, originally from Stockholm, responds to a typical image of an urban thirty-something, but is really the top leader of a company that is currently worth 55,000 million. Dollars.

Read more: From the turnstiles to the polls: students pushed the Constituent Assembly in Chile

For some, he is a visionary who gave Europe one of its great technological achievements, refloating the music industry and holding its head high against rival giants like Apple. Others, however, consider him a “merchant” of culture, who exploits creators without fair compensation and who maintains agreements with large companies using their holding companies in places like Cyprus or Luxembourg.

It is not easy to separate history from legend to talk about this shy Swede nicknamed “Spice” by former colleagues. “They considered that he always had a tendency to add some pepper to his stories to make them more interesting,” explains Sven Carlsson, co-author of “Spotify from the inside” to AFP.

Read more: Older adults should be vaccinated because they are the most vulnerable, says Borba

For Daniel Ek (“oak” in Swedish), as for Spotify, the starting point is Ragsved, a modest place on the southern outskirts of Stockholm, where he grew up. Coming from a working-class background, his father left the family home when Daniel was a child.

It was there that his passion for Arsenal also began, following the games of Swedish international Anders Limpar, who played for the ‘Gunners’ in the early 1990s. With great talent for programming (“I want to do better than Bill Gates ”, He bragged at the age of 11), young Daniel made a living creating web pages early on.

Read more: COVID-19: “It is proven that vaccines reduce mortality by 100%”

At the age of 23, he made his first million dollars selling Advertigo, an online advertising company, and found Martin Lorentzon, a businessman fourteen years older and with an established fortune, as a sponsor. At the beginning of 2006, both imagined what a legal and mainly free music distribution service would look like in the face of pirated download platforms that were plunging the industry into crisis.

It was thus, thinking about underwear in his Ragsved apartment, that the name of the ‘start-up’ was born, says Sven Carlsson. “You are young and in my case quite naive, so you often tell yourself that it should not be too harsh. When I founded Spotify, I didn’t even know that I needed licenses from record companies, ”Ek said a few years later.

He spent two years from plane to plane to try to convince the ‘majors’ of music to open their catalogs: Spotify finally launched its service in 2008. Spotify was overcoming obstacles and went from the Swedish market to other countries in Europe, before make the leap to the United States in 2011, despite hostility from Apple and Steve Jobs.

Fifteen years after its founding, Spotify has more than 300 million active users and almost half of paid subscriptions, fighting the competition, from Amazon to Apple or the Chinese Tecent, with whom it has established an alliance.

In Silicon Valley, Daniel Ek had the support of Facebook boss Mark Zuckerberg -one of Spotify’s first allies-, who came to be present at his wedding in 2016. With 9.2% of the capital -but a third of voting rights according to Spotify’s annual report – his personal fortune is estimated at nearly $ 5 billion, according to Forbes.

Read more: United in the mission of transmitting the art of dance

That allows him to think about taking the leap from the music industry towards the conquest of another stage of the world ‘star system’, football. Daniel Ek confirmed last week that he was preparing an offer to buy the London club Arsenal, after the fiasco of the European Super League project, with which the current owner, the American Stan Kroenke, had been associated.

The latter has the rejection of the fan ‘gunner’ but ensures that he has no intention of selling. “I’ve braced myself for the idea that it could be a long road,” admitted Ek, who has sought to ally himself with former club glories such as Thierry Henry.

Nafter information from club legend Thierry Henry Daniel ek, Head of the music streaming market leader Spotify, has expressed his interest in buying Arsenal FC. “He has already contacted us and said that he has collected the funds to make sure that he can make a good offer,” said the 43-year-old Frenchman at Sky Sports on Monday evening, saying about the previous owners. “You have to listen to this. Many people want the owner out. We’re trying to come up with a solution that involves the fans and brings back the club’s DNA. “

Most recently, Ek had signaled his interest in buying the London club and announced on Twitter that he would “throw his hat in the ring” if the previous owners wanted to sell. However, Stan Kroenke had announced in a joint statement with his son Josh a week ago that he did not want to do this. In the past few days there have been “speculations about a possible purchase offer. We are one hundred percent to Arsenal and will not sell any shares in the club, “it said at the time. No offers have been received either.

Henry played for Arsenal from 1999 to 2007 and again in 2012 and supports Ek in their endeavors. “I think it will take a long time and it will not be easy if it happens at all. I want to emphasize one thing: Daniel will not leave, he will wait for it and see if they want to sell. “

Arsenal was one of the twelve founding members of the Super League, which recently announced a league that would compete with the Champions League, but then abandoned these plans. Then there were fan protests in front of the Emirates Stadium. Numerous Arsenal supporters called for Kroenke’s withdrawal because of his support for the Super League. “Kroenke out” and “We want our arsenal back,” shouted the fans among other things.

Clubhouse is gaining popularity, Twitter is already competing and Spotify does not want to be left behind.

Computerhoy.- Spotify announced its competition to Clubhouse, is about Spotify Greemroom and it will be a revamped version of Locker Room, the live audio app that the platform acquired a few weeks ago

Daniel Ek, CEO de Spotify, has been in charge of breaking the news in the last episode of the podcast For the Record of the company. The manager assures that live audio is a very interesting communication format and believes that we will soon be able to see it everywhere. According to him, the same thing will happen as with the ephemeral publications originating in Snapchat, that today are present on all platforms in the format of Stories.

The Spotify CEO prediction It is not risky at all, but is based on the evidence that we have been able to observe so far. That all the great services want to have their own version of Clubhouse it is a fact. Twitter He has launched Spaces, Facebook already try Hotline and many other alternatives are yet to come.

The prediction of CEO of Spotify It is not risky at all, but is based on the evidence that we have been able to observe so far. That all great services want to have their own version of the Clubhouse is a fact. Twitter has launched Spaces, Facebook and Hotline test and many other alternatives are yet to come.

Spotify launches Car Thing, it is a device for cars 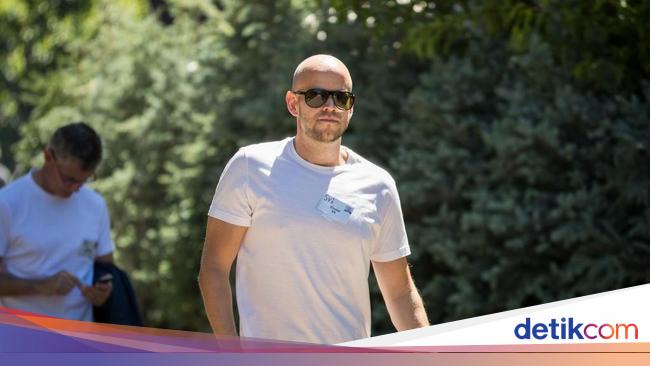 Involvement Arsenal in the project European Super League triggered strong protests from his supporters. Even though he finally canceled his participation, the owner was criticized.

There was pressure from supporters so that the owner, Stan Kroenke, relinquishing ownership of the club. Arsenal’s decision to participate in declaring the European Super League is a momentum for fans to exert great pressure on Kroenke Sports & Entertainment.

Protests staged by supporters The Gunners outside the Emirates Stadium, when their team hosts Everton, Saturday (24/4/2021) early morning WIB in the follow-up Premier League. Arsenal lost 0-1 due to Bernd Leno’s fatal blunder in this match.

Arsenal supporters feel disappointed again by the owner regarding the European Super League. So far, Stan Kroenke is considered to have failed to make the club competitive for titles, but is now acting up by co-initiating the Champions League competition.

In the midst of the protests, a founding figure emerged Spotify Daniel ek who expressed interest in buying Arsenal. Ek admits that he has always been a fan since childhood.

“As a child who is now growing up, I have always supported Arsenal as long as I can remember. If KSE wanted to sell Arsenal, I would be happy to run as owner,” said the Swedish businessman on Twitter.

Daniel ek reported by Forbes to have a wealth of around 3.38 billion pounds, or around Rp.68.09 trillion.