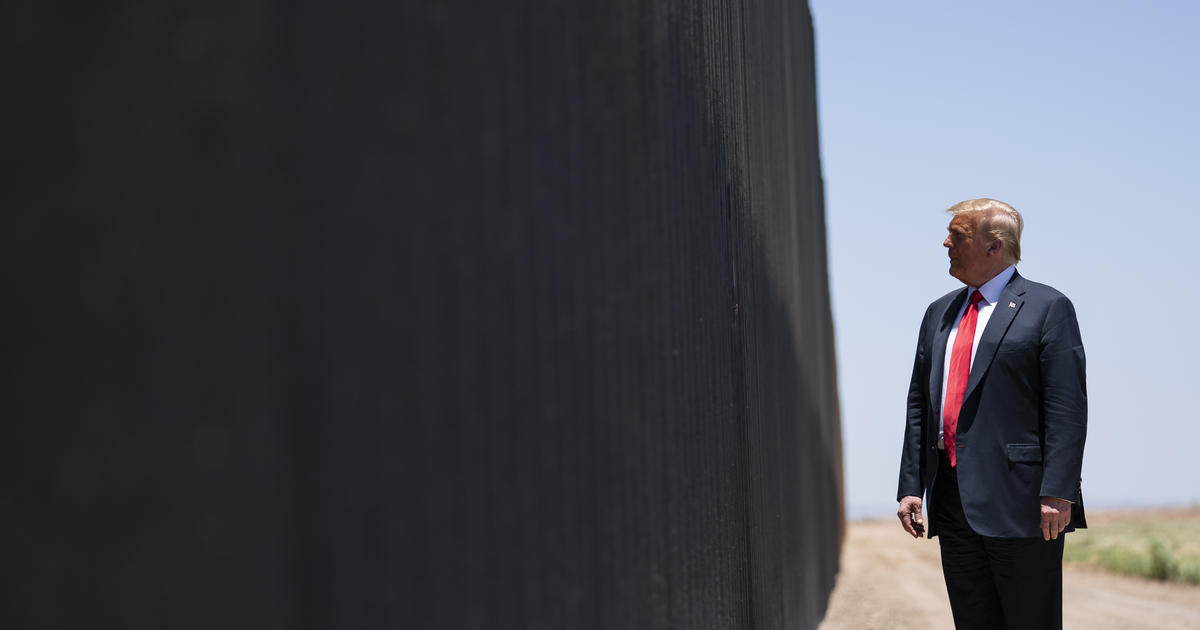 The United States Supreme Court rejected on Friday a request by two groups that sought to prevent President Donald Trump from continuing with the construction of the wall along the southern border, and that it is being financed with $ 2.5 billion approved by Congress as funds for the Pentagon.

The highest court, in a brief order, rejected with a vote of 5-4 the request of the groups Club Sierra and the Coalition of Communities of the Southern Border. This is a victory for Trump, who has made the wall and the obstacles to illegal and legal immigration a cornerstone in his Administration.

The vote was in line with the ideological lines of the magistrates: five conservatives represented the majority and four liberals disagreed.

The decision comes after the recent ruling of a lower court that stated that the Government of Trump improperly reallocated money for the project.

The four liberal court judges stated in their dissent that they would have banned construction while a legal challenge continues, after a federal appeals court ruled in June that the government had illegally evaded Congress in the transfer of funds from the Department of Defense.

“However, the Court’s decision to allow construction to continue, I am afraid, may, in practice, operate as a final judgment,” wrote Judge Stephen Breyer in the brief dissent of the four liberals.

Friday’s order means the highest court is unlikely to even consider the merits of the matter until after the November elections, as work on the wall continues.

Last summer, at an earlier stage in the case, the judges were also divided 5-4 in their decision to allow the Administration to begin construction using Defense Department funds.

That allowed the president to advance a significant 2016 campaign promise, and his career for a second term. The Administration wanted to use the money to replace a total of 129 miles (208 kilometers) of dilapidated fences in New Mexico, Arizona and California. By mid-July, 92 miles (1,148 kilometers) had been completed, according to the Customs and Border Protection Office (CBP).

After the last appeal court ruling, organizations challenging the construction of the wall returned to the higher court to ask that it be stopped.

The case originates from the partial 35-day government shutdown that started in December 2018. Trump ended the shutdown after Congress awarded him roughly $ 1.4 billion in funding for the wall, far less than the $ 5.7 billion he asked for. Trump then declared a national emergency to take cash from other government accounts and use it to build sections of the fence.

At the time, Trump identified several alternative sources from which to draw money: 2.5 billion in Defense Department money, 3.6 billion in military construction funds, and 600 million in the Treasury Department’s asset forfeiture fund.

The case before the Supreme Court involved only $ 2.5 billion in funds from the Department of Defense. The American Civil Liberties Union (ACLU), which sued the Administration on behalf of Sierra Club and the Coalition of Communities of the Southern Border, He has said he will seek to tear down sections of the wall that were built with that money.

The Supreme Court is on vacation during the summer, although it can be reactivated to act on certain urgent matters. The highest court of justice will begin hearing cases again in October.