Note – Labor Minister Suchart Chomklin As the director of the Palang Pracharat Party (PACC), gave an interview to open the reason for his decision to resign from the Party Executive Committee (PACC) and the director of the PPP, traveling to the event . General Prayut Chan-ocha, Prime Minister and Defense Minister at the Government House on November 29

He presented his resignation from the Palang Pracharat Executive Committee to Gen. Prawit Wongsuwan, leader of the Palang Pracharat Party. finished I want you to hear the clarity from my mouth that On the morning of November 28, the past went to say goodbye to the PPP leader and resigned from the post of party executive committee (CCB) The media has already seen that I am clear on many issues.

Therefore, when I focus on important positions in the Palang Pracharat party, it is not my identity. Because I’ve always been a clear person, the media saw it and the adults of the party. Capable PPP And it’s important that there are a lot of people ready to fill this position, so I think I need to step back so as not to prevent PPP from growing and moving forward. so he had to voice his stance on bidding farewell to the party leader I resigned from the party executive committee which took effect, I made it clear and I didn’t want anyone to skew things so I spoke to my mouth.

The boss understands. And by the way, I have the utmost respect and love for you. But in political matters I must be clear. and take a stand in me. I respectfully love and respect the leader. he has already expressed his position that in the future politician he must go out and do the mission he had in mind the most. The boss understood me, recognized and understood, stroked my head and understood what I was doing. I was clear and direct, sincere and I still respect the leader of the party today. To this day, he is not a member of the party’s executive committee. But I would like to see more clarity. I don’t want to be a hindrance or a burden to anyone.

⦁ MPs who will move to follow Khun Suchart What did General Prawit say?
This section does not mention And indeed, in the friends side That deputy must learn that I have not yet gone to the Ruam Thai Sang Chart Party. But in politics we only look at the political future. In my area with my friend’s That we have a relationship that is bound to be an idea that every friend must have their own ideas. If anyone thinks where in the area is able to work for the country and the country or become a representative in the future In that part, we cannot guarantee the life path of a friend, so it depends on individual political decisions. As for that identity, you have to make your own decisions first.

⦁ by stating that he doesn’t want to be a burden to anyone, does that mean there is a conflict in the Palang Pracharat party?
not a conflict But as I wrote a Facebook post that If something like me turns up the press ask I had to show my position that I would go with the Prime Minister. and as I have already said that If still in the growing Pracharath Palang Party or make anyone uncomfortable I had to consider myself.

I have to wait for the clarity of the situation in which it will happen. Now it just takes a while. ‘Cause some things I can’t say right now Because it’s a matter of law. so i can’t really say but i have to show my responsibility and position. Because, as I saw from the adults of the Pracharat Palang Party, they weren’t comfortable. And there are many adults who are ready to do this duty. Since we ourselves are not ready, we have to retreat, right?

⦁ Now Mr. Suchart’s heart is no longer with Palang Pracharat Party, is it?
I think the last variable is not the mind. But it depends on the mission I have to undertake. I won’t say that my heart doesn’t belong to the power of Pracharath. because I still love Uncle Pom But the mission to do is important. having to work for the country, just for some country, so I had to think Where am I going and I take advantage of it, I have to go.

⦁ What weaknesses do you think the Palang Pracharat Party has?
It must be admitted that every political party There are people who come and go, it’s normal. It depends on the context and the current situation. or the future that will happen Wherever it is, everyone thinks it works and can achieve the goal in their thoughts, it is there, there is no weakness. Each party has strengths and weaknesses. No party is strong enough to go to a party. or completely weakened. If everything weakens, there will be no one left. It depends on which context is best suited to the situation.

⦁ As a politician, the separation of Gen. Prayuth and Gen. Prawit, what will the situation be?
This hasn’t happened yet, so wait for a clearer picture first. Wait till that day and he will see many things, now he can’t speak. because you both still have love for each other Like me, I still love the same Uncle Pom, nothing has changed. But in matters of politics it is necessary. As if we have to choose what we think is useful. and can benefit the country

⦁ From the expression on Mr. Suchart’s face, it seemed that he was aching in his heart.
Let’s say the press is me. If is a delicate matter and a very difficult decision. Something if we have a lover is father and mother who normally live together But need to live separately in different provinces and different countries, so how to choose?

When asked whether it can be said that you do not want to see the broken house or not? Confirm it’s not a destroyed house. I can’t tell because they are still in love But there are some quests. Be a necessary official will have to move there. As children, we have to think about what to do.

⦁ can be compared to walking separately and hitting each other or not
It can be seen from many angles. Because love still exists did not quarrel Party leader took care of all members like family members. take care of us but in the political context of each area or each ideological mission It had to be adapted according to the time and the situation.

⦁ Isn’t it a pity that they hit each other and walk separately?
At this point, I still can’t say clearly. put yourself first Whoever said something, said it. But he’ll have to bow and speak. Go tell the team leader your feelings, that’s enough. I hope Uncle Pom understands me himself. As for the others, I don’t think much. that Uncle Pom understands me Because in the past I have worked to best cure what was assigned, you have mercy on me, understand and acknowledge the reasons. I am a man who accepts the truth. so he went to pay his respects

⦁ Confirm whether or not to switch to Ruam Thai Sang Chart Party.
I can not talk now. it’s the future In politics today everyone says they are here. Finally, after a few days, you can still go to other places. I was waiting to see the Prime Minister which was how I posted.

⦁ The resignation of the Palang Pracharat Executive Committee this time is not related to the news that Captain Thammanat Phromphao will return or not to join the Palang Pracharat Party.
It doesn’t matter, I don’t talk to anyone. because everyone is an adult of the country. My decision is mine. no one’s All those who volunteer for politics are altruists. Every political party is a sacrifice. And I try to create a clear political balance. Show everyone that politicians are not what everyone used to look like. not working for one’s own benefit, but for the country and the country. We don’t look at ourselves

I didn’t think that if I wasn’t here, I would pass or fail the exam. Is it the government or the opposition? It’s about the future, I don’t care, just that what I do will bring the maximum benefit to the country. I’m not attached. Politics doesn’t look at ourselves. must look at the people and the country as the main one 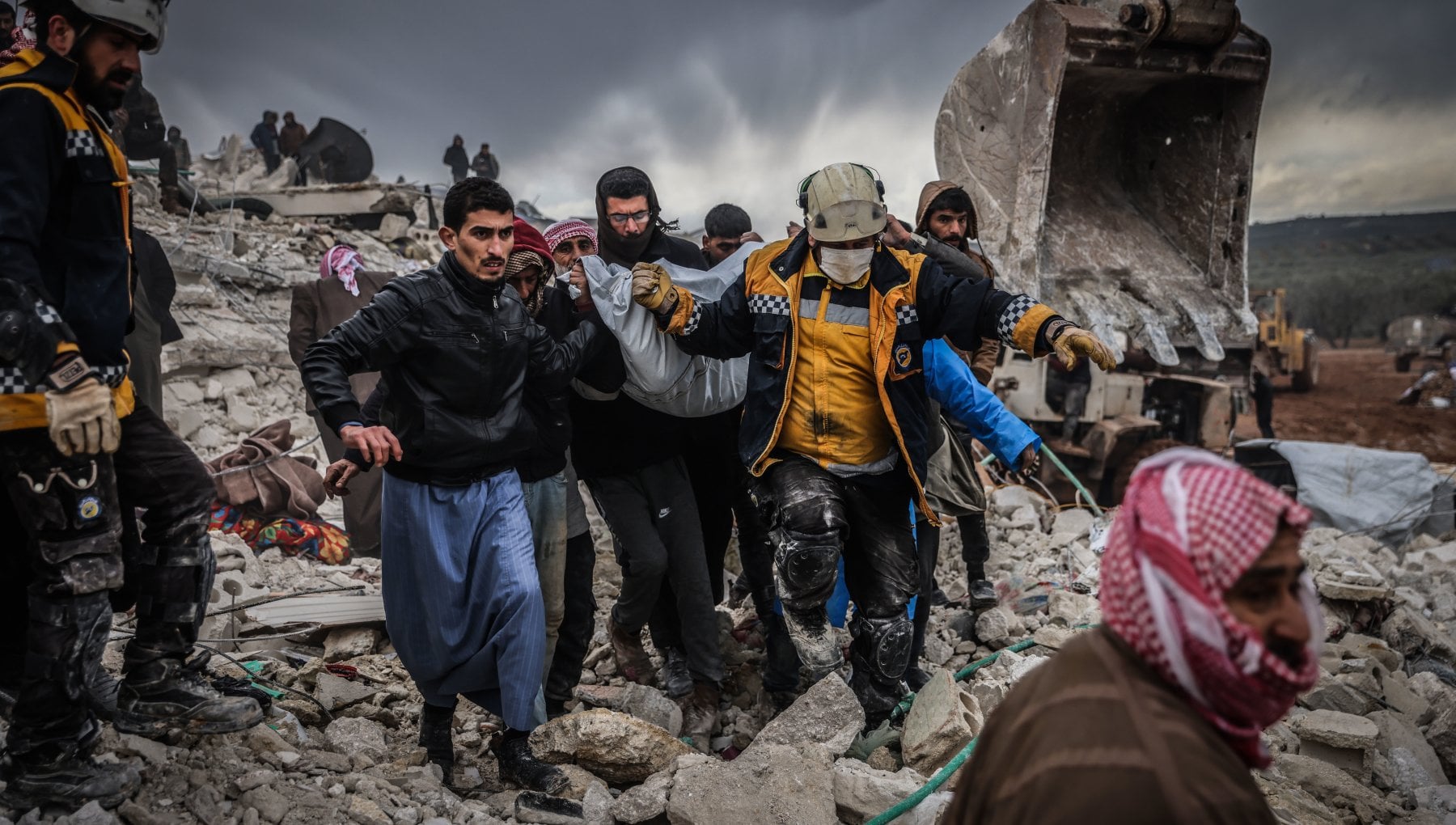 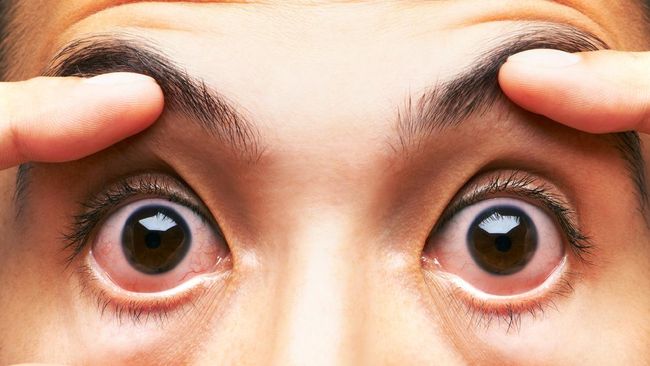 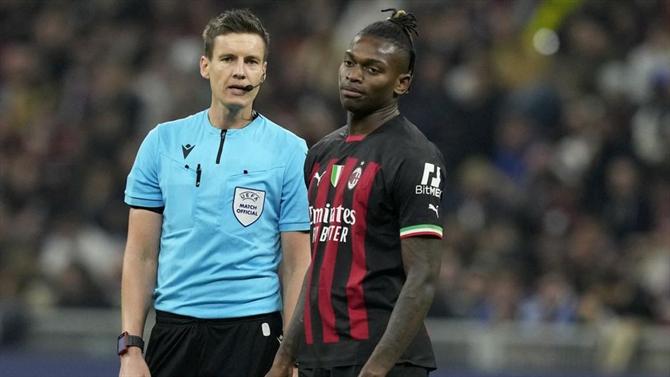 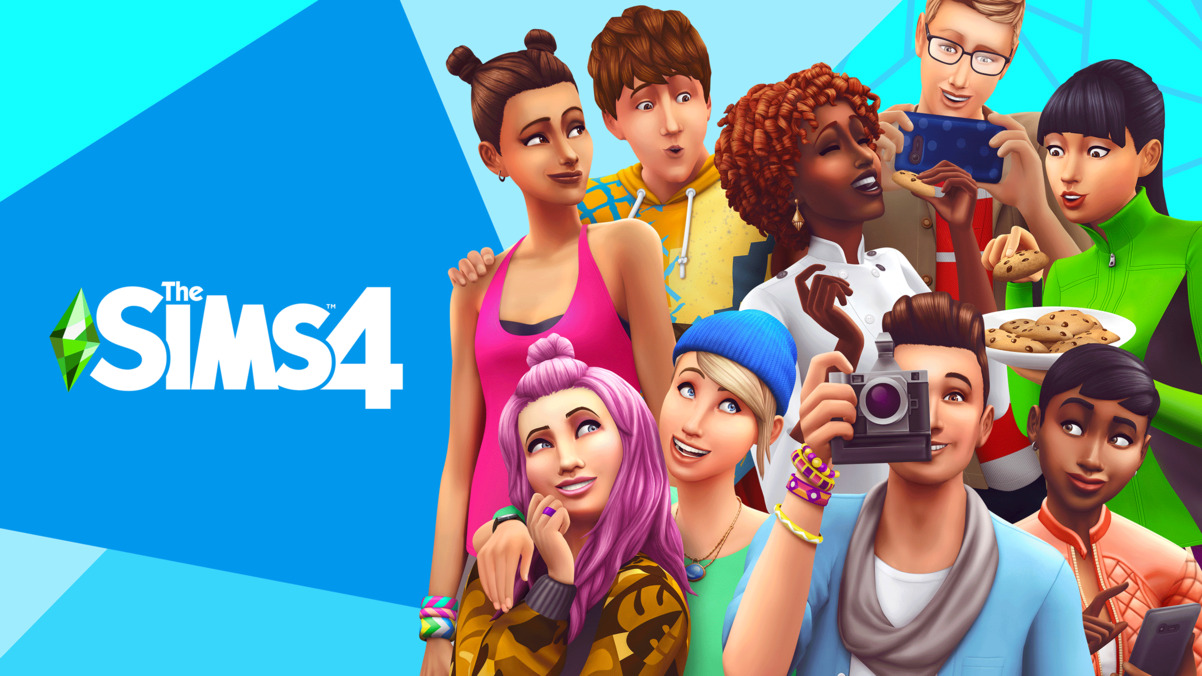 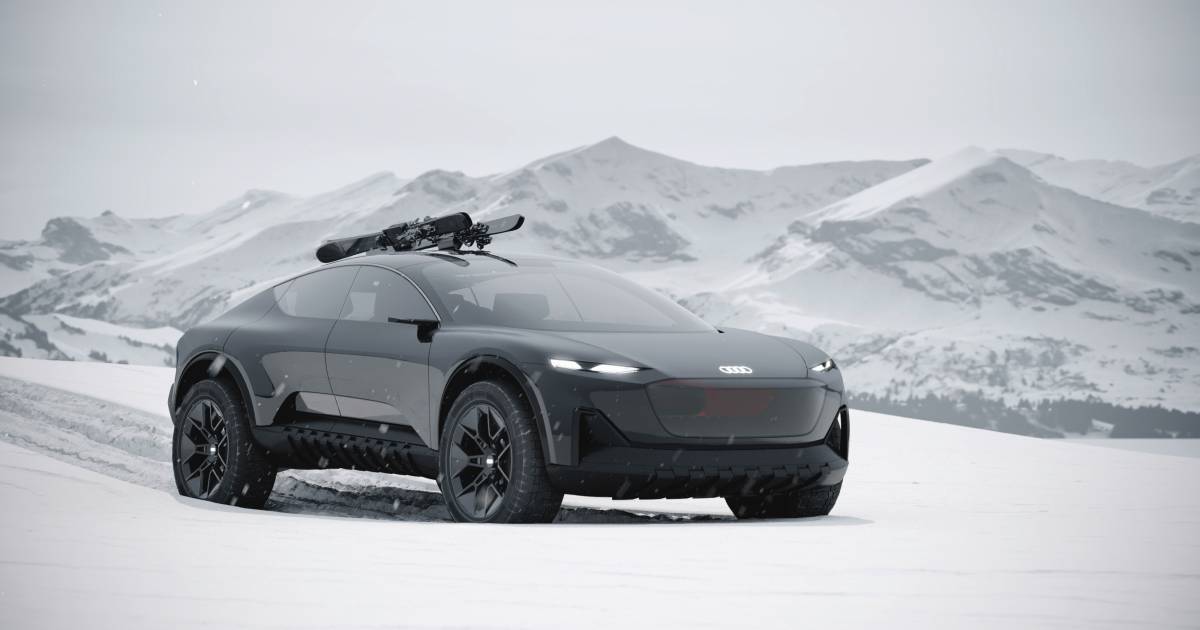 LOOK. Audi builds car without steering wheel and pedals, with stunning interior: this is what the latest Activesphere Concept looks like | car 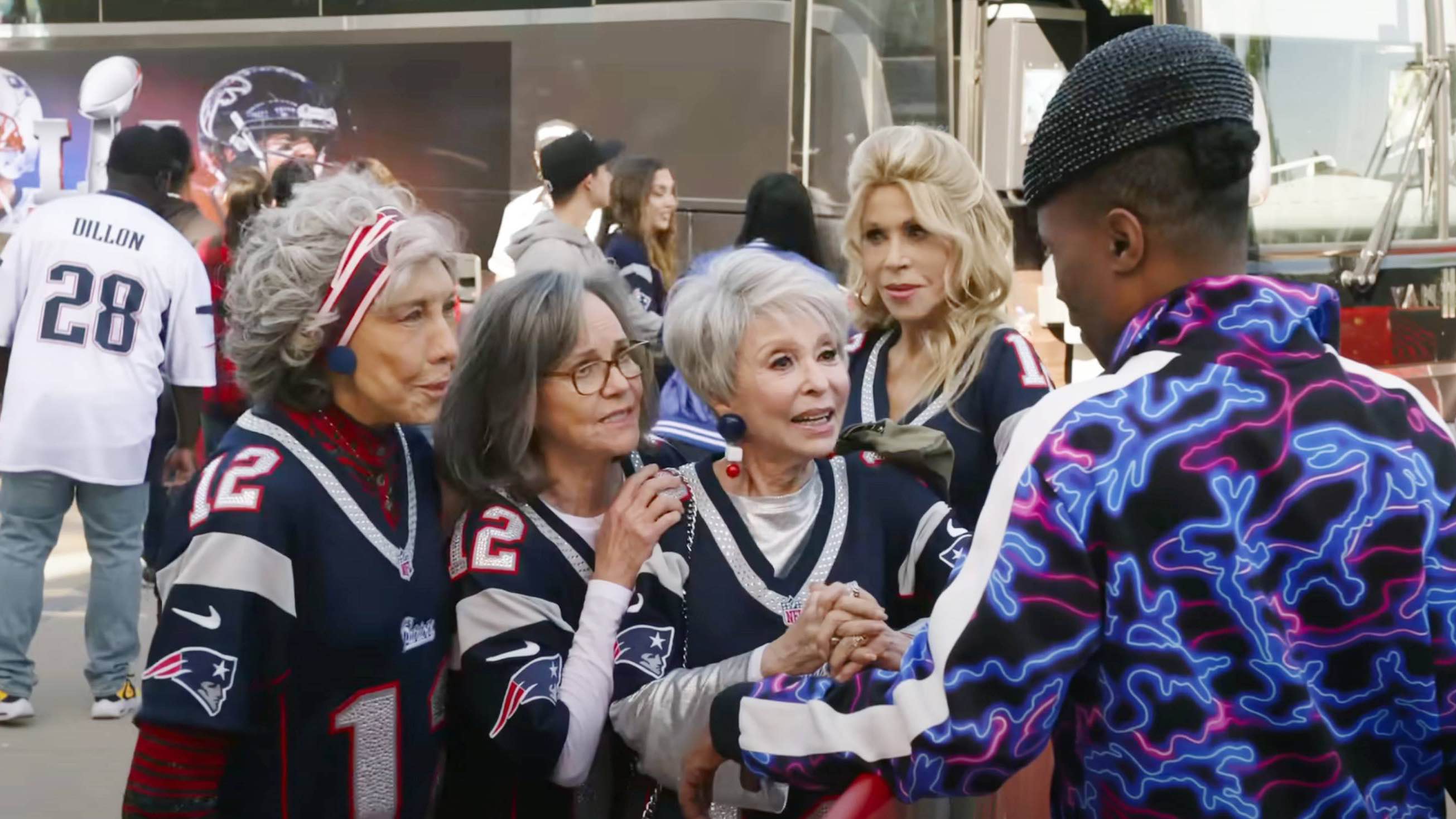 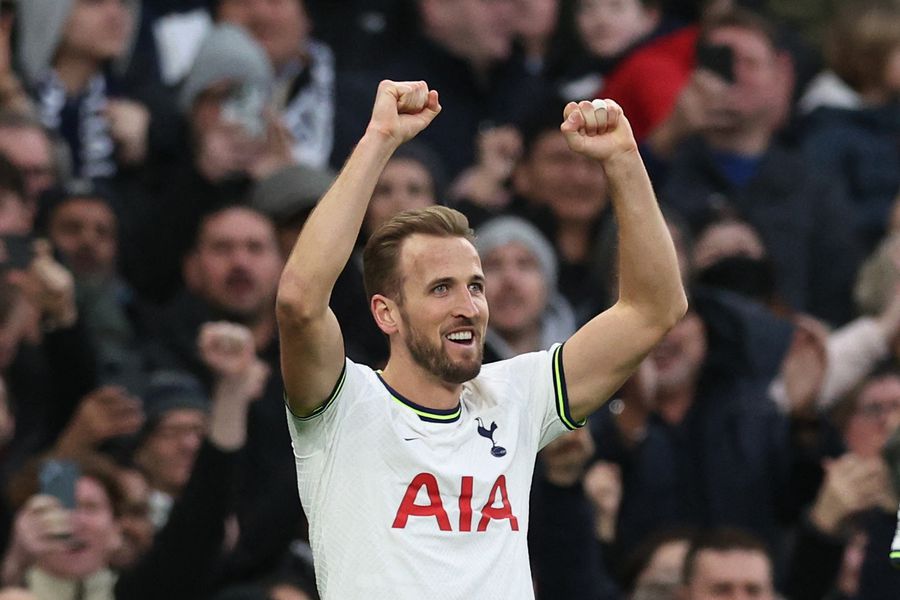 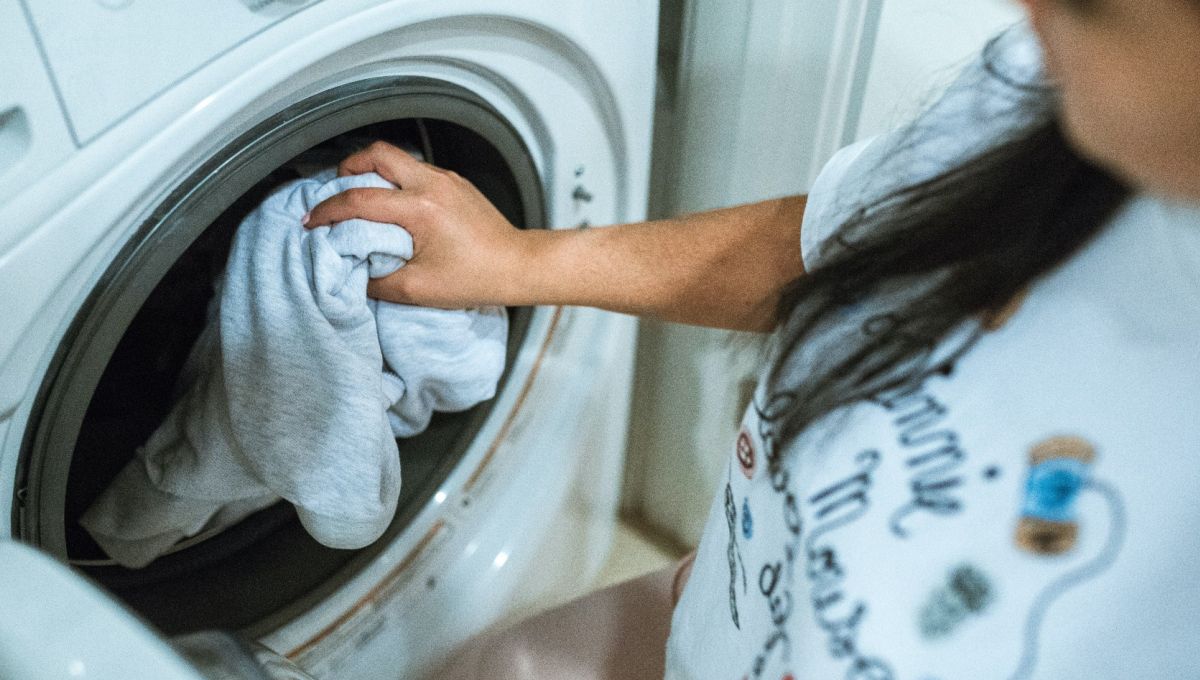 How often should you wash your clothes and pajamas? 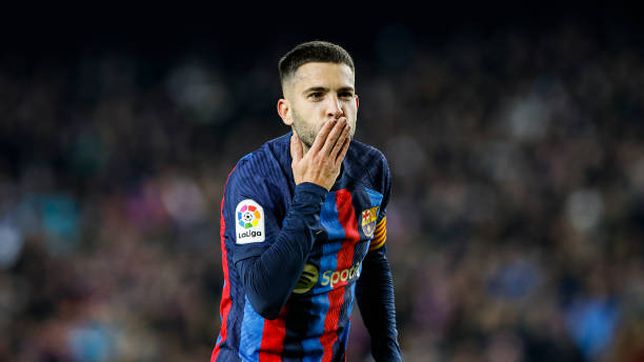 Barcelona 3 – Sevilla 0: summary, goals and result of the match 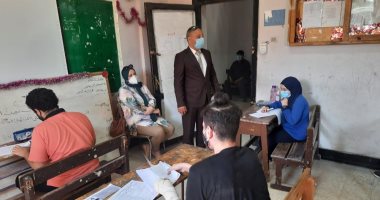 The result of the preparatory certificate in Menoufia now.. with name and seat number

LOOK. Audi builds car without steering wheel and pedals, with stunning interior: this is what the latest Activesphere Concept looks like | car