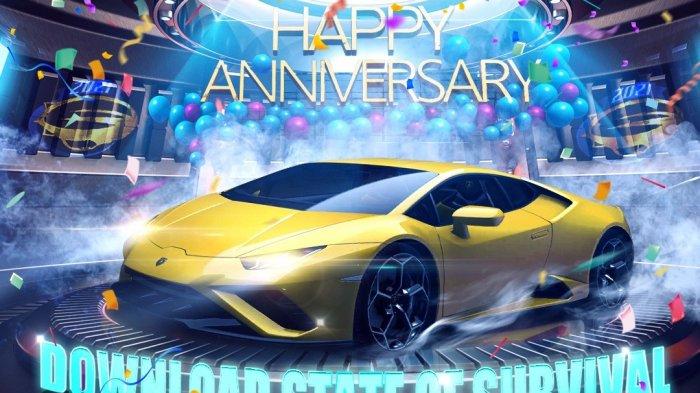 TRIBUNNEWS.COM, JAKARTA – State of Survival, a strategy mobile game against zombies, has officially started its Anniversary Celebration, announcing Ultimate Survival Kit Giveaway with a total prize of 200 supply cases, Amazon gift cards with a total value of IDR 850,000,000 and the most spectacular of all Italian supercars, Lamborghini Huracan EVO, for free.

From September 1 to the end of October, Ultimate Survival Kit Giveaway is an in-game event for sharing the State of Survival event page.

It’s very easy to participate, players only need to get Support / Support and then Accumulated Support can be exchanged for in-game prizes, Amazon gift cards, as well as a chance to win Lamborghini! Here’s how to participate.

First, share the event page Ultimate Survival Kit Giveaway to friends and other players to get Support.

Meanwhile, “FULL THROTTLE” is only counted if a new player who has downloaded the game, entered his phone number on another player’s sharing page, and did not have an account before the event started.

New players who download and register from other players’ pages will automatically get free Support when they also share the event page. Players must help each other and be sure to complete the task as a support. If the player gets an error message, please try again the next day.

Second, collect as many Prize Tickets as possible. When Support reaches a certain value, players will get in-game rewards, which will be distributed via in-game messages.

Prizes will be in the form of Prize Tickets, which each player will receive when their Support reaches a certain value, namely: 1200, 2100, and 2700. The Prize Tickets collected can be used to withdraw the main prize in future events and the number of Prize Tickets will of course determine the value of your luck in this event. prize draw!