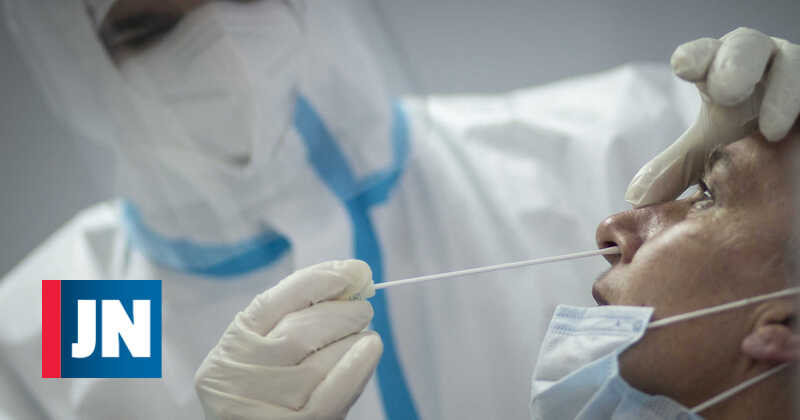 The standard that extends testing to SARS-CoV-2 to all contacts, including conducting molecular tests to low-risk tests was published this Thursday by DGS.

According to the standard for tracking contacts in the context of the disease pandemic caused by SARS-CoV-2, which takes effect at 00:00 on Monday, 15th, “low-risk contacts should be tested for SARS -CoV-2 (molecular tests) at the moment of contact identification “.

The document also makes it clear that “in cluster or outbreak situations all contacts” must do “laboratory tests for SARS-CoV-2 (rapid antigen tests) as soon as possible, which can be repeated sequentially, under the coordination of health authorities “.

The extension of testing to all contacts with infected people had already been announced on Wednesday by DGS and the Minister of Health, Marta Temido.

In a statement released on Wednesday, the entity under the supervision of Graça Freitas explained that, “in view of the current epidemiological situation, whether due to the emergence” of strains detected in other countries and that, meanwhile, they have already spread throughout Portugal, or because of “the decrease daily incidence “of infections, DGS would update the guidelines.

The extension of the use of laboratory tests to all contacts (high and low risk), the widespread availability of rapid antigen tests (TRAg) in the health units of the National Health Service (SNS), and the implementation of regular screenings with TRAg in schools and particularly exposed sectors of activity (factory workers, construction workers, among others) will be promoted.

Read Also:  "I will not deceive you, difficult months are coming"; Durazo warns Gu

The Directorate-General for Health (DGS) added that the use of TRAg has been “progressively extended”, both at the level of the places where TRAg can be performed, “and at the level of professionals who can perform them”.

On the same day, the Minister of Health defended the need for massive testing and did not rule out the possibility of taking free tests.

“We fully follow the need to massively use tests, from PCR tests, to rapid antigen tests, to saliva tests that are also available, regardless of the recommendations we recently received,” said Marta Temido at the Health Commission, at the Assembly of the Republic.

The increase in testing has been advocated by several experts, notably by epidemiologist Manuel do Carmo Gomes, who said on Tuesday that mass testing is the “main weapon” in fighting the pandemic.