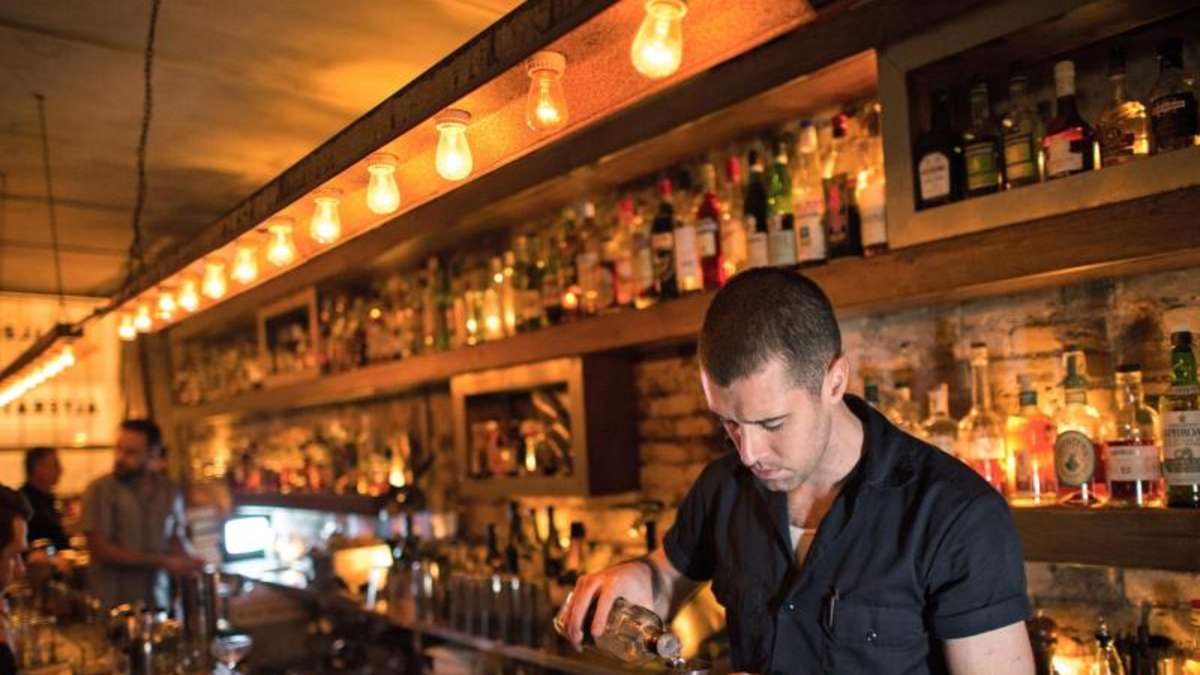 Alcohol was banned in the United States 100 years ago. That changed the country – just very differently than expected. Today speakeasies, the illegal bars from Prohibition, are back in New York nightlife.

New York (AP) – In the distance, the Chrysler Building sparkles through the New York night, garbage bags and cardboard boxes are piled up in a gloomy side street in Manhattan. An inconspicuous dark gray door in the shadow of a metal grille bears the letters “AB”.

It must be here. There’s no handle, and the knock is swallowed by the muffled babble of voices – a bit like 100 years ago, when illegal bars became part of American culture.

In the early 20th century, an anti-alcohol alliance in the United States fought to put an end to beer and liquor. Against the will of many brewers of German origin, they were finally successful: on January 16, 1919, Prohibition was ratified. A year later, in January 1920, the ban on the manufacture, transport and consumption of alcohol came into force.

“The primary reason for the movement was excessive drinking, especially among men,” explains Daniel Okrent, who has written a book about Prohibition. Women in particular supported the ban – they became the victims of their husbands booze when they lost their jobs, brought home diseases or became violent. Prohibition should change that. But instead of draining the states, the star of the unofficial pubs, the speakeasies, rose. The name says it all: speak softly!

Speakeasies are back in fashion

Read Also:  Sport. Update on the various professional meetings over the weekend that were

It takes a while, but then the door swings open and a young woman comes out of the «Attaboy». She speaks faster than others think. Thanks for the interest, but at the moment everything is full. “But I can call you if that changes.” No wonder, given that speakeasies are as popular in New York in the 21st century as they were in the past.

There are dozens, if not hundreds, of these “secret” bars in the US east coast metropolis, and their revival promises visitors a particularly intimate atmosphere. A hidden place in the middle of the metropolis. Some are located in apartments in apartment blocks, others can be accessed through a restaurant or you need a password. They are usually full anyway.

Finally the cell phone rings and access to the “Attaboy” is granted. Behind the wooden bar, a stool is still free under a row of lights. Bottles huddle against the wall, their amber-colored liquids flickering in the candlelight. “How are you, brother?” Asks the man behind the bar.

Then he hits a block of ice with a small chisel to trim it to the dimensions of the glass. The “Attaboy” is definitely not a place to take silly grinning selfies. It wants to be nebulous, bold and stylish. Just like the competition. The bathtub in the “Bathtub Gin” is just as unsurprising as the porcelain cups in which you sip your drinks in the “Back Room”.

In the “Roaring Twenties”, the New York police estimated the number of speakeasies at 32,000. “Anyone who wanted to drink had no problem finding one,” explains Okrent. Even if consumption fell by around 30 percent with Prohibition, the USA, with its population of more than 100 million at the time, could not even come close to being drained.

Read Also:  Titisee-Neustadt: Combine got stuck in banquet after evasive maneuver at Titisee-Neustadt - the combine could be pulled back onto the road with the help of a tractor

Instead, there was a significant change at the social level: while women were previously unable to visit the pubs, all visitors were welcome in the illegal bars. Music also found its way into the drinking rooms – according to Okrent, the speakeasies also marked the beginning of the jazz age.

Compared to their historical models, however, the speakeasies of modern times are not very authentic. “The speakeasy culture that is popular today is based on the ideas of Hollywood,” says the writer. In fact, many bars didn’t have to hide at all despite Prohibition. “They just had to bribe the local cops, which was easy.”

Corruption flourished at that time as well as the illegal production and distribution of alcohol, legendary gangsters like Lucky Luciano, Meyer Lansky, Frank Costello and Al Capone made careers. Mainly because of this, the resistance to prohibition grew. In addition, in view of the economic crisis, income from an alcohol tax was urgently needed. On December 5, 1933 – after around 13 years – Congress finally ended Prohibition again.

The speakeasies from 2020 are more like speakeasy-themed bars – look secret, but are easy to find with the help of the internet. A nice illusion after work, a Disney World for drinkers. But they still have charm. The chunk of ice in the glass has noticeably melted, the gin-based “Cavalier” has risen from the palate to the head. The bill comes in cursive on an index card: “A nineteen-dollar drink” is written on it. That was also different 100 years ago.