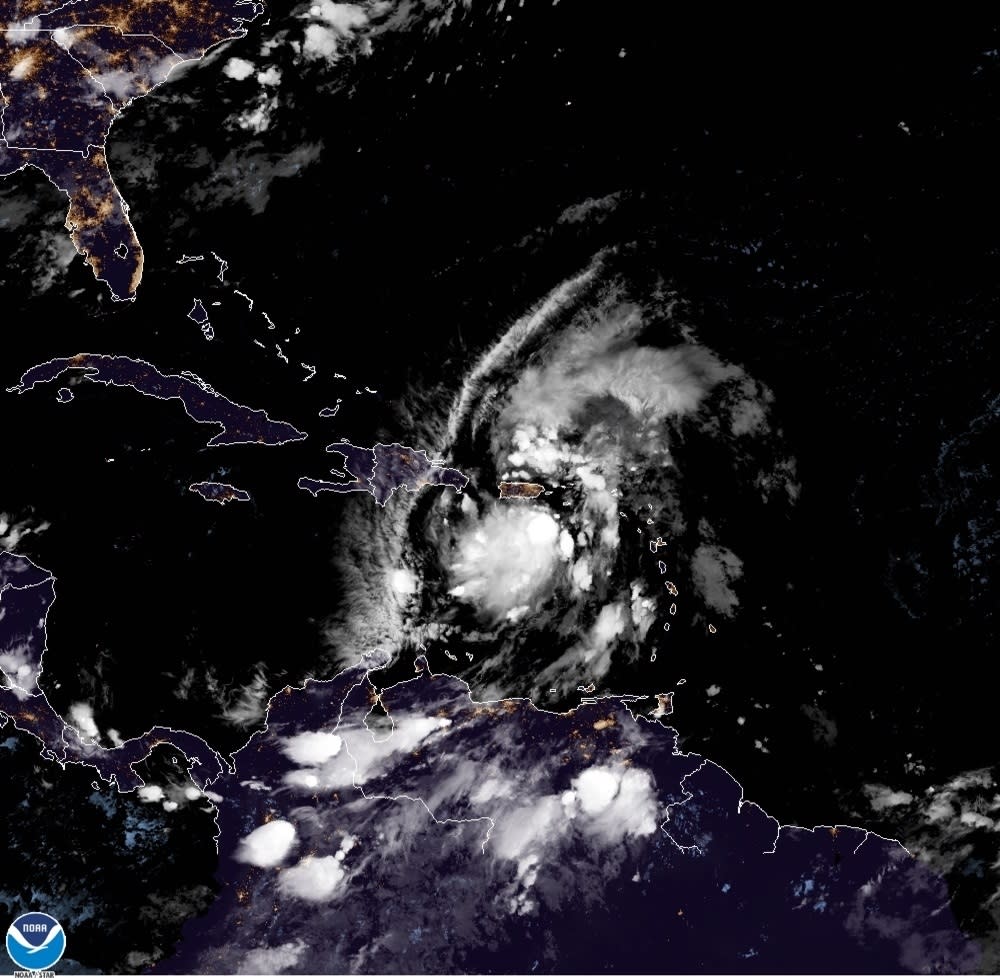 “I was in a queue for more than an hour to be able to pay. It is not normal, but what worries most is that this year we will have to return to a shelter as we did with (hurricane) Irma” in 2017, María García told Efe. leaving a warehouse.

Visibly nervous, the 40-year-old Spaniard was arranging boxes of bottled water in the trunk of her car.

“This year the concern is twofold about the pandemic,” he added.

According to the three-day track record of the National Hurricane Center (NHC), Isaias could hit South Florida and the Bahamas this weekend.

Tropical Storm Isaías advances over the island of Hispaniola (Dominican Republic and Haiti) with maximum sustained winds of 60 miles per hour (95 km / h), after hitting Puerto Rico with wind and rain.

“They need to secure supplies for seven days: food, water and medicine, just as they are told to do at the beginning of the hurricane season,” was Governor Ron DeSantis’ call today.

Meanwhile, the Coast Guard alerted sailors that there are no safe havens in maritime facilities and urged those vessels of more than 500 tons to leave them, noting that ports are safer with fewer ships.

The Atlantic hurricane season, which this year will be above normal, began on June 1 and lasts until November 30.

The first hurricane this season was Hanna, which swept through South Texas and turned into Mexico.

In the three southeastern counties considered the epicenter of COVID-19 in Florida, Miami-Dade, Broward and Palm Beach, 60, 38 and 11 deaths were registered in the last 24 hours, respectively, and 2,773, 1,342 and 525 new infections , according to the state Department of Health.

Miami-Dade asked the community to make sure to pick up loose debris in their yards, keep important documents on hand, and check the Hurricane Guide on their website.

Meanwhile, state and federal testing sites in the county, accessible by walking or driving, were closed as a precaution.

The same has been done by neighboring Broward County, which will close its own on Thursday.

“We’re trying to do two things at once, which is always difficult,” said Tracy Jackson, Broward’s director of Emergency Management.

“You have to keep in mind that things are going to take longer. Without a doubt, it will take more waiting, more patience and we will have fewer supplies,” added Jackson.

Hurricane Irma, although it did not pass over Miami-Dade County, left a lot of wind and water, but then there was no fear of contagion with a pandemic.

“You’re safer with us,” Rollason said.

Covid-19: Caen expands its “masked” area to the castle

Remaining Symptoms After Recovering from Covid-19 Page all

Doctors explain the deadly danger of coronavirus for adults