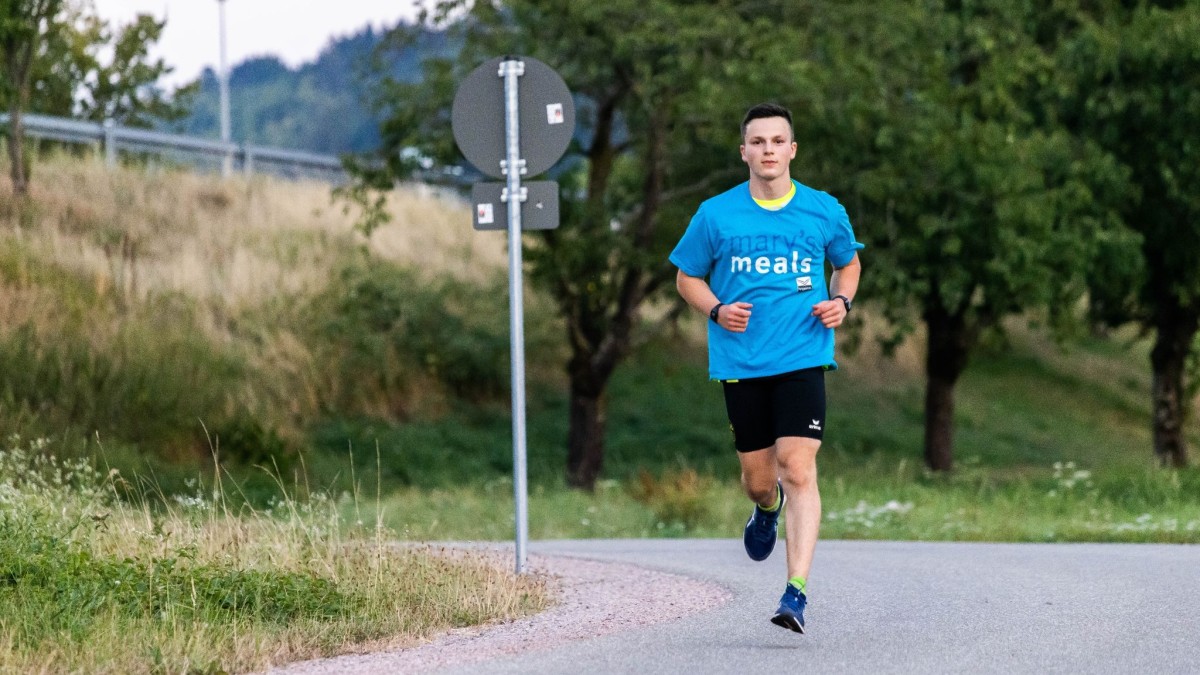 Freiburg/Hamburg (dpa/lsw) – Across Germany for a good cause: In Freiburg, a student started a charity run for poor children on Saturday. 16-year-old Denis Holub wants to cover more than 1,100 kilometers in 16 days – an average of around 70 kilometers a day. He wants to finish in Hamburg on August 14th. With the charity campaign under the motto “Denis runs across”, the student from Breisach am Rhein in southern Baden wants to encourage as many people as possible to donate: “It doesn’t have to be a lot, because small things can add up to make a big difference.”

The high school student supports the work of the international children’s aid organization Mary’s Meals. This helps children in Africa, Asia, Eastern Europe and Latin America. A donation of just 18.30 euros enables a poor child to receive school meals and thus access to education for a year.

According to Denis Holub, he prepared himself well for his run and figured out the route himself. He carefully planned nutrition, shoes, clothing and music selection for motivation and walked every meter virtually. According to the aid organization, he has already completed several daily stages of between 60 and 70 kilometers as training. Denis now wants to be on the road for ten to twelve hours a day at a maximum speed of nine kilometers per hour. He has no concerns that he might not be able to hold out. In an emergency, he would have a “Plan B” – and could switch to the bike.

His family supports him as an escort. Mother Ana-Luiza and his brothers drive from stage to stage by car and by bike. They transport food and equipment. Denis himself only has a small bag with him with something to drink and light food. Overnight stays are with supporters of the aid organization.

The 16-year-old student at the Martin-Schongauer Gymnasium in Breisach am Rhein has been an athlete in the LAC Freiburg club for years – primarily as a sprinter. He started running for charity when he was a little boy.

According to his mother, he came up with the idea for the run during the Corona period. Family, friends and some supporters were present at the start on Saturday morning on the Freiburg town hall square. “He left promptly at 8:00 a.m.,” his mother said. A running buddy ran along part of the way. Other runners also want to accompany Denis in the “Move For Meals” campaign at times. On Sunday Denis started his second stage from Offenburg. According to his mother, he struggled with the heat on the first day of his run. “But he is in good spirits that he can do it.”

Mary’s Meals is a charity based in Scotland that claims to provide school meals to over two million children in 20 developing countries every day with thousands of volunteers. In order to support the aid organization, individuals repeatedly draw attention to themselves with special campaigns – including recently a twelve-year-old with a week-long barefoot run and a 98-year-old woman from Münsterland with a walker challenge.