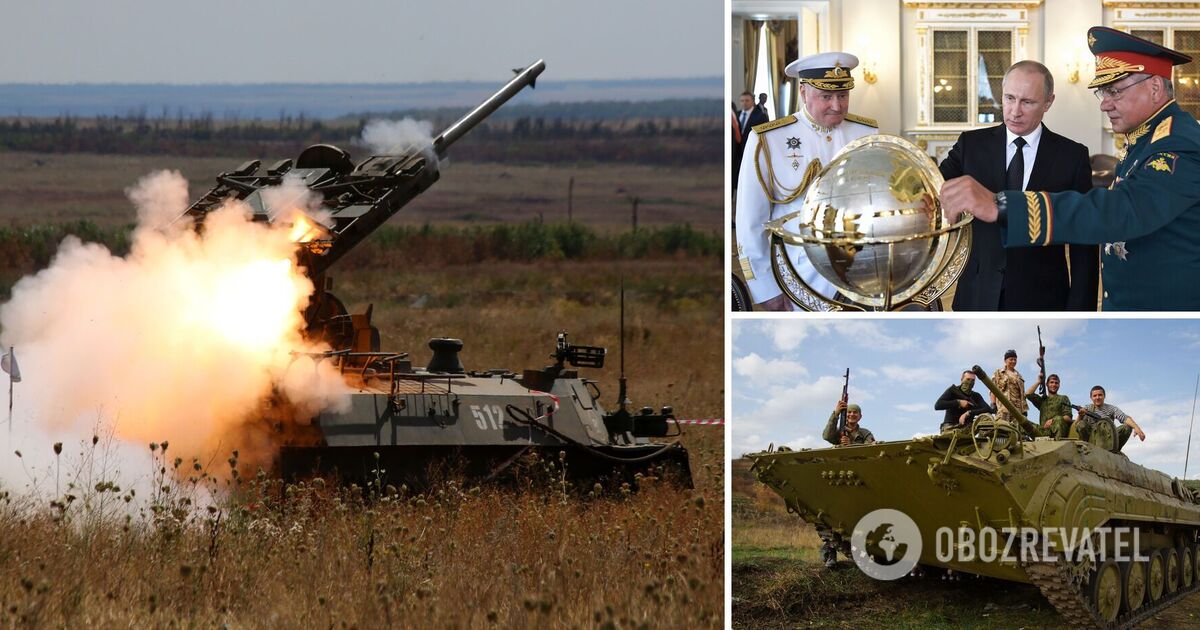 The main topic of the week was the escalation in the Donbass. Russia was actively pulling troops and equipment to Crimea and the regions bordering on Ukraine under the guise of the Russian-Belarusian exercises “West-2021”. The Kremlin, through the mouth of the presidential press secretary, Dmitry Peskov, announced that Russia “moves its armed forces within its territories at its own discretion,” and “this should not bother anyone.” Meanwhile, propaganda was broadcasting the narrative “Russian people who live in Donbass must live in Russia.”

A week ago, on March 29, “Kommersant” published an article with an entertaining headline “Tractor delivery is disrupted in Russia.” As it became known to journalists, on the eve of the sowing campaign, suppliers of agricultural machinery in the Russian Federation faced a shortage of railway platforms. The fleet of the main operators includes 16 thousand universal railway platforms, each of which can accommodate two tractors or one or two units of military equipment. However, the operators refuse the farmers, citing the fact that the platforms are used to transport military and special cargo. The Russian Defense Ministry did not officially respond to Kommersant’s inquiry, but a source in the ministry assured that the military did not seize a large number of platforms at a time.

An article about the harsh everyday life of agrarians forced to fight for railway platforms with the military was the first sign of a campaign to intimidate Ukrainians. And then “heavy artillery” came into play for those who don’t read between the lines. Russian publications, from which a mile away with boulevardism, began vying with each other to churn out articles with the headlines: “The Russian Federation has begun checking the combat readiness of all military districts”, “It became known which troops Putin is transferring to the border with Ukraine (photos and maps)” the Russian army may come as a surprise to the Armed Forces of Ukraine “,” Russian troops near the borders of Ukraine and aggravation in the Donbass: what is known and is a large-scale war possible? ” In addition, the topic was actively protested on federal TV channels and social networks.Everything was done to give the impression that Russia is preparing for a “small victorious war” against Ukraine.

The so-called opposition did not remain aloof from the hot topic (for the real one has long since died in the Bose). Recently, the Russian United Democratic Party “Yabloko” adopted a statement “On the growing danger of a new war with the participation of Russia.” The document was prepared and submitted to the congress by three prominent members of the party, among whom was Grigory Yavlinsky.

Grigory Alekseevich is known for writing an article “Without Putinism and Populism”, in which he criticized “Novichok” Navalny, who was “not poisoned” with battle poison. And all would be fine, but he published the article three days after the court sent the oppositionist to a colony for 2.5 years. The text was controversial, one could agree with many, if not for one “but” – the time was chosen incorrectly, because Navalny was in prison and could not answer. Because of this, a scandal occurred, Yavlinsky was accused of working for the Kremlin, and his personal and party reputation suffered.

And now Grigory Alekseevich, who until recently was called almost an agent of Vladimir Putin, criticized the imperial policy of the President of Russia. We will not retell the text, since it is published on the party’s website, but we will note the main narratives.

So, the Yabloko party announced the aggravation of the “military confrontation in the Donbass”, as well as the relocation of “significant military units of the Armed Forces of the Russian Federation.” She admitted that on the territory of Ukraine “there is a hybrid war, provoked and sponsored by Russia, with the use of heavy weapons and various types of troops,” and “Russia has consistently rejected all proposals for a real peace settlement in Donbass.” “People are dying,” “the work of the legal authorities is paralyzed,” and this is “a direct consequence of Russian political and military interference in the affairs of Ukraine.” The imperial in form and content of Vladimir Putin’s policy “actually makes Russia a rogue state,” which “exports unfreedom and the threat of war throughout the world.”

According to the opposition, “the next exacerbation of the situation around Ukraine is taking place in the conditions of a continuous and long-term decline in living standards and growing discontent on the eve of a large parliamentary election campaign in Russia, which will result in the formation of a parliament, during which presidential elections will take place. The Yabloko party sees “a direct connection between the militarization of Russia’s foreign policy with the situation and the political attitudes of the authorities inside the country,” and considers such a policy “criminal and irresponsible.” The Russians are being warned that “Putin’s policy may lead to a new war in eastern Ukraine, new deaths, destruction of the system of international relations, removal of Russia into a historical dead end, destruction of the country’s civilizational prospects.” And they point out that “Russian President Vladimir Putin bears full political responsibility for the consequences of Russia’s militaristic foreign policy.”

It is difficult to argue with the Yabloko party. In the eighth year of the war, none of the Ukrainians doubts the political and military interference of the Russian Federation in the affairs of Ukraine. As in the fact that in Russia “life has become better, life has become more fun.” It is enough to look in the news feed, and there: “Zoom refused to serve the state-owned companies of the Russian Federation”, “The government began to pay extra money from the budget to oil workers so that gasoline prices did not rise”, “The ruble fell to a minimum six months after Shoigu’s statement,” meat: Beef consumption fell to a minimum in 10 years “,” Mishustin instructed the Ministry of Finance to figure out how to get the regions out of the debt hole in 4 days “,” “Stocks left for two weeks”: sugar supplies to stores practically stopped after the second price freeze “and etc.

By the way, I would like to remind you that not long ago people were imprisoned for disclosing information about military and equipment columns in the Russian Federation. Is it possible that in 2021 Russia stopped keeping military secrets? ..

For example, in 2015, a criminal case was opened against a resident of the Smolensk region over treason. Allegedly, in 2014, she turned to the Ukrainian embassy, ​​saying that the military unit next to her house was empty and the soldiers could be sent to Donetsk. The court sent the woman into custody, despite seven young children. She was released from arrest and dismissed only because of public outcry. But the 72-year-old resident of the Rostov region was unlucky, and in 2019 a Russian court sent the pensioner to a strict regime colony for 12 years for allegedly spying for Ukraine.

The conclusion suggests itself that on the eve of the parliamentary elections in September 2021, Vladimir Putin decided to play the “small victorious war” card. He rattles with rusty weapons and tarpaulin boots in order to distract Russians from pressing problems, to rally the people in the face of an alleged external threat, broadcasting the narrative “there is Putin – there is Russia, there is no Putin – there is no Russia.” According to the Levada Center, Vladimir Vladimirovich’s rating fell to 31% in March – this is not the end, but far from 57-60% in 2014-2015. With such a rating, it is extremely disturbing for Putin to lead the presidential party “United Russia” into the elections.

However, judging by the statement of the Yabloko party, not everyone is happy about the prospect of a “small victorious war.” Evil tongues say that the ideologist of the escalation in Donbass is the Russian Defense Minister Sergei Shoigu, but his ambitions are not to the liking of all security officials (for example, the director of the RF Foreign Intelligence Service, Sergei Naryshkin). Some are sitting on financial flows associated with the temporarily occupied territories; others do not believe that the war will be small and, moreover, victorious; still others understand that with the coming of Joe Biden to the presidency of the United States, Western sanctions will be serious, including disconnecting Russia from the SWIFT interbank payment system.

So far, it looks like a “hold me seven!” But the final decision is made solely by the President of Russia, and no one knows what the 68-year-old ailing dictator has in mind – neither Shoigu nor Naryshkin.

The site editors are not responsible for the content of the blogs. The editorial opinion may differ from the author’s.