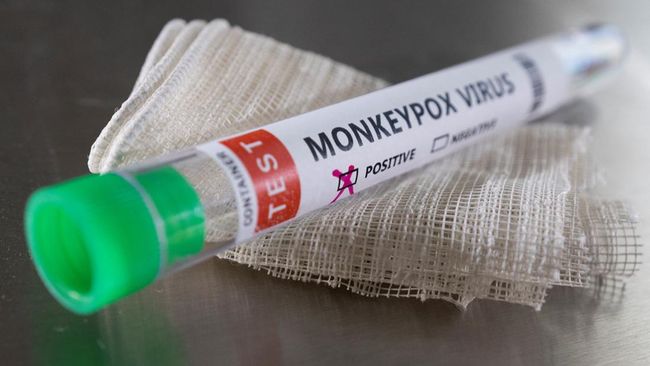 Singapore has reported the first confirmed case of monkeypox in Southeast Asia during this year’s outbreak, while another confirmed case has been found in South Korea.

The case in Singapore involves a British man who was in the city-state between 15 and 17 June. He tested positive for monkeypox on Monday after developing a skin rash and developing a headache and fever last week.

“During this period, he mostly stayed in his hotel room except for visiting massage parlors and eating at three eateries on June 16,” Singapore’s Ministry of Health said Tuesday. CNN.

There were at least 13 people who had close contact with the first patient and are still being tracked today. The ministry also added that the man was being treated at the National Center for Infectious Diseases.

According to the Centers for Disease Control and Prevention (CDC), monkeypox is a ‘distant cousin’ of chickenpox and has an incubation period of up to 14 days.

The virus has been circulating for decades in several places, including parts of West and Central Africa.

But the current outbreak has reported at least more than 2,500 cases in countries where the disease is not considered endemic – including Australia, which reported its first case on May 20, and the United States, where as of Friday the CDC had reported more than 110 confirmed cases. .

The World Health Organization (WHO) recently said it would remove the distinction between endemic and non-endemic countries to reflect a “unified response.”

“The unexpected appearance of monkeypox in some areas in the absence of an epidemiological link with areas that have historically reported monkeypox, suggests that there may be undetected transmission for some time,” the WHO said.