Shock between car and scooter, brush fires, traffic accident … The various facts of this Thursday in Auvergne 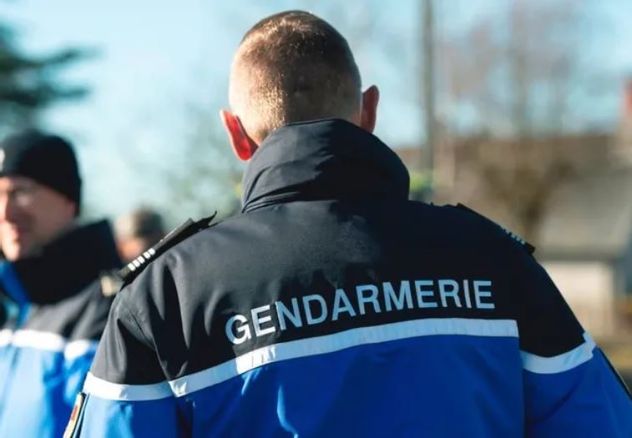 A 31-year-old man, who was driving rue Maréchal-de-Lattre-et-de-la-1ère-Armée, in Clermont-Ferrand, was injured in a collision with a vehicle, near the Saint- Éloi, this Wednesday, around 10:35 p.m. With a broken arm and trauma to the pelvis, he was transported to CHU Clermont Gabriel-Montpied by the firefighters. The screenings carried out by the police officers of the central police station, both on the driver of the scooter and on the motorist, aged 38, proved negative.

The cathedral of Clermont-Ferrand has just reopened: “When the crowd entered, it was wonderful”

Fire in an apartment in Montluçon

A fire broke out in a squatted apartment on rue du Bois de la Brosse in Montluçon, around 6:50 a.m. on Thursday August 11. Sixteen firefighters from the Montluçon and Néris-les-Bains centers intervened with five vehicles under the command of Lieutenant Bonneau. They very quickly contained the fire which did not do much damage. The couple of squatters, inconvenienced by the fumes, were transported to the Montluçon hospital center.

Captain Yann Rozec, new commander of the gendarmerie company of Moulins (Allier): “Being at the service of others”

Eight hectares of brush and wood on fire in Viplaix

A fire on several agricultural land broke out this Thursday, August 11, around 2:45 p.m., at a place called Le Grand Bois in Viplaix. When the firefighters arrived, the farmers on site had evacuated all the animals (sheep) present on the plots.

In total, nearly 8.5 hectares of brush, hedges and wood burned, less than a hundred meters from homes. The accident caused no injuries. The fire, whose origin remains to be determined, was set around 4:30 p.m., thanks in particular to the help of farmers who dethatched the plots.

Twenty-five firefighters, coming from Montluçon, Huriel, Urçais, Hérisson, Bourbon-l’Archambault and Villefranche-d’Allier, were mobilized under the command of Lieutenant Gonnot. Some of them remained on site until early evening to continue the drowning operations. Staff from the Montluçon gendarmerie company were also present.

Four hectares burned at the edge of the road in Antignac

A fire broke out in Antignac, on the edge of the RD 49, on the night of Wednesday to Thursday, around 1 a.m. About four hectares of undergrowth as well as a small grove were consumed by the flames. The firefighters of Champs-sur-Tarentaine, Riom-ès-Montagnes, Ydes and Condat, placed under the orders of the Mauriac group leader, managed to extinguish the fire.

Bush and forest fire in Cézens

Thursday afternoon, shortly after 5 p.m., a brush and forest fire broke out in the town of Cézens, at a place called “Mandaillac”. Party on the edge of RD 34, this fire spread over one hectare. It was quickly circumscribed by 18 firefighters from Saint-Flour, Paulhac and Pierrefort.

An accident involving a heavy goods vehicle and a motorcycle, but without collision, occurred this Thursday, August 11 in La Chaise-Dieu. Both drivers were injured and treated by firefighters. Spectacular, the accident took place around 11:15 a.m. on the RD 499. A heavy goods vehicle was traveling in the direction of Saint-Alyre-d’Arlanc or Brioude. At the end of the bend, the trailer load (a chalet kit) sent him to the left of the road. He couldn’t avoid the tipping over. At the same time, a motorcyclist arrived in front. To avoid the shock, the pilot preferred to leave the road and dive into the ditch (with a lot of grass and about a meter deep). Driver and biker were slightly injured and taken care of by the firefighters to be transferred to the emergency room of the Émile-Roux hospital in Puy-en-Velay. The rescue operations were carried out by firefighters from the centers of La Chaise-Dieu, Chomelix and Allègre.

A vegetation fire broke out on Wednesday August 10, around 9 p.m., at a place called Vieux-Moulin, in the town of Collat. About 40 m² were destroyed by the flames. About fifteen firefighters from the centers of Paulhaguet, Allègre, La Chaise-Dieu and Saint-Ilpize were mobilized.