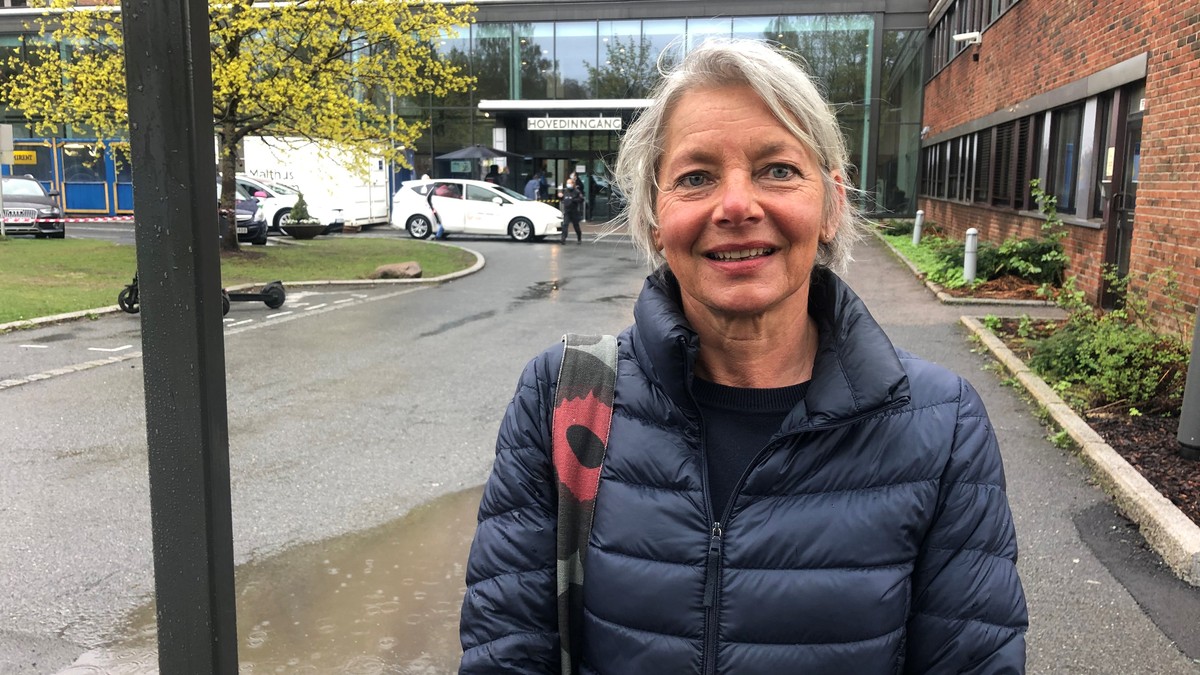 – I have a lump in my stomach and I am very sorry that we can not be allowed to choose for ourselves, says Gunn Britt Bjørk.

She works as an anesthesia nurse at Bærum Hospital. In two days she will take the second dose, and she is unsure how the body will react when she does not receive AstraZeneca as last.

For a long time she hoped that the expert committee would have come up with a clear recommendation also for those who have already taken the first dose of AstraZeneca.

– I do not understand that it is better to mix two vaccines than to give a second dose of what you have already received. When you have already made a choice on a vaccine, you have to stand for it and not make us test subjects, she believes.

AstraZeneca was given to healthcare professionals across the country until the feed two months ago was put on hold due to reports of fatal side effects.

Norway researchers quickly proved one association between AstraZeneca vaccine and blood clots, low platelets and bleeding. The government put down one expert committee to evaluate the AstraZeneca and Janssen vaccines.

Several have been waiting anxiously for a clarification. Following today’s recommendation to remove the vaccines from the vaccine program, the head of the anesthesia nurses in the Norwegian Nurses’ Association is requesting more information about cross – vaccination.

– Nurses react both to mixing two vaccines, but some also believe that they should receive a second dose of AstraZeneca because there is a vaccine deficiency and they do not see it as very dangerous, says Therese Jenssen Finjarn.

Bjørk is 63 years old and thinks it would be safer if she also got to take the second dose of AstraZeneca.

After the first dose, she had a strong reaction with a high heart rate, body aches and fatigue for several days.

However, where many people experience side effects after the first dose of AstraZeneca, the opposite is true with Pfizer, even though they have not had fatal cases as with AstraZeneca.

As a health worker, Bjørk feels that she has no choice but to take the Pfizer vaccine on Wednesday.

– I feel pushed into a corner. They have forgotten that these are individuals.

Minister of Health Bent Høie says on a general basis in Dagsnytt 18 that the government will now consider the recommendation to the expert committee. He announces a quick decision.

Norway has already sent doses of AstraZeneca vaccine to Sweden and Israel, where they are in demand. When asked how he views sending the vaccines out of the country, rather than giving them to those who would rather have them in Norway, Høie admits that he finds the problem difficult.

– The first thing we must decide is whether we should offer one or more of these vaccines voluntarily in Norway. And if we are to do that, what types of criteria should one have. If we do that, then we have to take that into account in relation to how many vaccines we have to keep ourselves.

On Monday night, NRK has been in contact with the Ministry of Health and Care Services with questions about what thoughts one has on Bjørk’s problem. The Ministry warns that it may be difficult to respond to the inquiry tonight, and refers to FHI.

On FHI’s websites it appears to a information letter to people who have received the first dose of AstraZeneca vaccine. FHI’s recommendation is that the second dose given should be an mRNA vaccine (Pfizer / BioNTech or Moderna).

FHI believes that giving a second dose of mRNA vaccine is “the presumed best of the three alternatives” (rather than postponing vaccination or giving a new dose of AstraZeneca).

“There will be more knowledge about the effect of giving a second dose with an mRNA vaccine. We will provide more information about this as soon as this knowledge becomes available “, writes FHI.