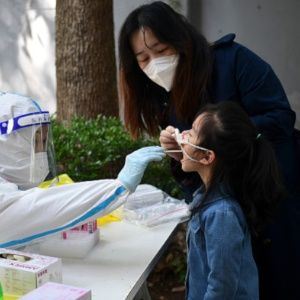 The Shanghai municipality stopped the community transmission of Covid-19 in 15 of its 16 districts and announced the gradual opening of shops from this Monday while expecting the situation in the city to normalize in eastern China in June.

The city, with a population of more than 24 million inhabitants, reported this Sunday 69 confirmed cases of local transmission of Covid-19 and 869 asymptomatic local cases, the municipal health commission reported Monday.

Shanghai has planned its epidemic control work for the coming period, dividing it into three stages, said Zong Ming, vice mayor of the city.

Some businesses in Shanghai to reopen from Monday after weeks of COVID-19 shutdown, says deputy mayor – CCTV pic.twitter.com/dHYSSXiv2f

During the three stages, Shanghai will continue to experience a decline in the number of new infections and will gradually narrow the range of “closed management areas” and “restrictive control areas” until the reopening of these communities.

From June 1 to the middle or end of June, Shanghai will fully restore the normal order of production and daily life throughout its jurisdiction with standard epidemic prevention and control measures, Zong said.

In addition, wholesale markets, hairdressers and laundries will also start operating soon. However, indoor services such as cinemas, gyms and museums will remain closed for now.

Seniors, including middle and high school students, will resume classes first while other students continue classes online. In the meantime, kindergartens will remain closed.

Taxis and private vehicles can hit the streets starting Monday in districts that have eliminated community transmission of the coronavirus outside of hospitals, Zong reported.

Buses and subways are expected to resume operations gradually from May 22, Zong said. Starting this Monday, train stations will see the number of incoming and outgoing trains increase.