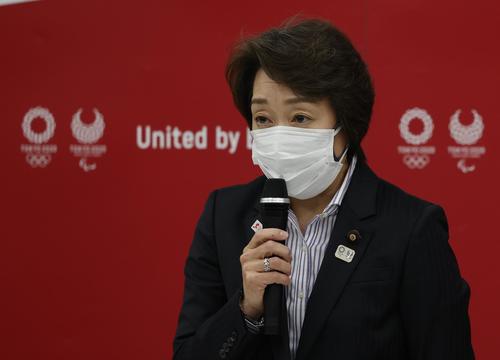 The second board meeting of the Tokyo Organizing Committee for the Olympic and Paralympic Games was held in Tokyo on the afternoon of the 18th, and Seiko Hashimoto, the 56-year-old Olympic Minister, was elected as the new chairman. He will succeed Yoshiro Mori (83), who resigned due to disdain for women.

This morning, he was recommended at the third meeting of the Candidate Review Committee and became a candidate for director, which is a requirement for becoming chairman at the first board meeting. He was subsequently elected by the Board of Trustees and was elected as the new chairman in the second mutual election of the Board of Directors. The Olympic minister has resigned due to the State Minister’s Code (prohibition of concurrent positions).

The following is a statement at the board of directors

“I am Seiko Hashimoto, who has been appointed as the chairman of the Organizing Committee. I will bear a very heavy responsibility.

I would like to thank all the members of the Organizing Committee for their support as the Minister of State.

This time, the minister’s departure was a very big decision, but I would like to make an effort toward the success of the tournament while firmly holding that feeling in my heart, and I will stand here with all my heart.

Five months later, the Tokyo tournament must be held safely and securely. Above all, corona countermeasures are the most important issue.

Up until now, as the Olympic Minister, I have worked hard to support various organizations, but this time I have returned to the sports world and the organizing committees that I have grown up to now. For me, together with the national government and the Tokyo Metropolitan Government, I would like to further strengthen the cooperation and establish a system that allows the people and overseas people to think that this is a safe and secure competition. “

◆ Origin of the name Father Zenkichi, who was impressed by the torch at the opening ceremony of the Tokyo Olympics in the same year, named him Seiko.

◆ Sports history Started skating at the age of three. Komadai Tomakomai Takashi (Hokkaido) -Fuji Kyuko. He participated in the Winter Olympics four times, and was the first Japanese woman to win the bronze medal at the 1992 Albertville Olympics speed skating 1500 meters. He also participated in the summer Olympics three times in cycling competitions. Retired from active duty in 1996

◆ In 1995, when he was a professional player after retirement, he ran for the House of Councilors election from the Liberal Democratic Party proportional district and was elected for the first time. He has been the leader of the Japanese Olympic team three times in Vancouver in 2010, Sochi in 2014, and Rio de Janeiro in 2016. Appointed Minister for the Tokyo Olympics and Paralympics in September 2019

◆ Family husband. The third son and third daughter of the children named Seika, Girishiya, and Torino, with their thoughts on the Olympics.