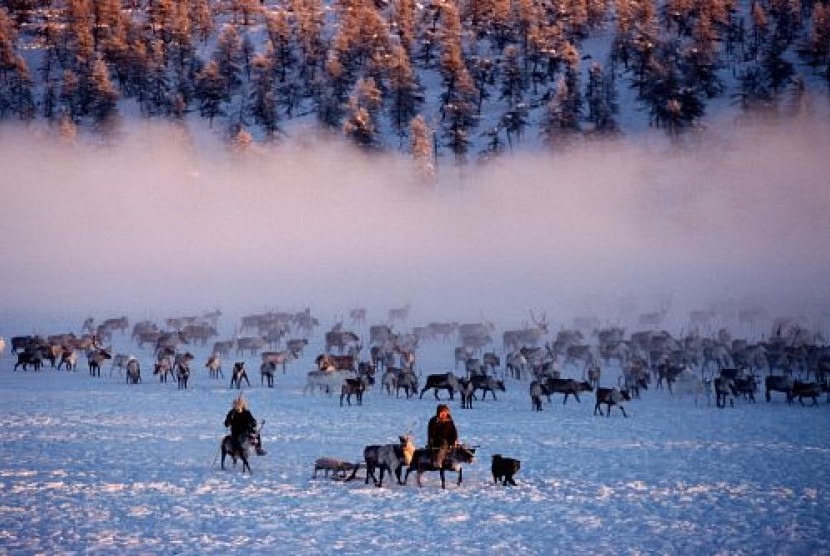 An ancient virus has been locked away deep in the Siberian permafrost since the Ice Age.

REPUBLIKA.CO.ID, JAKARTA — Scientists have revived a number ancient viruses which was locked up deep inside permafrost Siberia since the ice age. While this research is risky, the team believes it is a noteworthy threat given the growing dangers of melting permafrost and climate change.

Reported by IFL ScienceOn Thursday (11/24/2022), in a new paper that has not yet been peer-reviewed, researchers describe how they identified and reanimated 13 viruses of five different clades from samples collected in Russia’s cold Far East.

Among those catches, they managed to revive the virus from permafrost samples that are around 48,500 years old.

This virus infects amoebas, which are single-celled lumps that live in soil and water. However, experiments have shown that the virus still has the potential to become an infectious pathogen. The team introduced the virus into cultures of live amoebae, demonstrating that the virus was still capable of invading cells and replicating.

The project comes from a team of researchers at the University of Aix-Marseille in France who previously brought back to life a 30,000-year-old virus found in Siberian permafrost in 2014. With the latest batch of viruses, including one dating back 48,500 years ago, researchers realized it is possible to revive older viruses.

“48,500 years is a world record,” said Jean-Michel Claverie, co-author of the paper and professor of genomics and bioinformatics at the Aix-Marseille University Faculty of Medicine. New scientist.