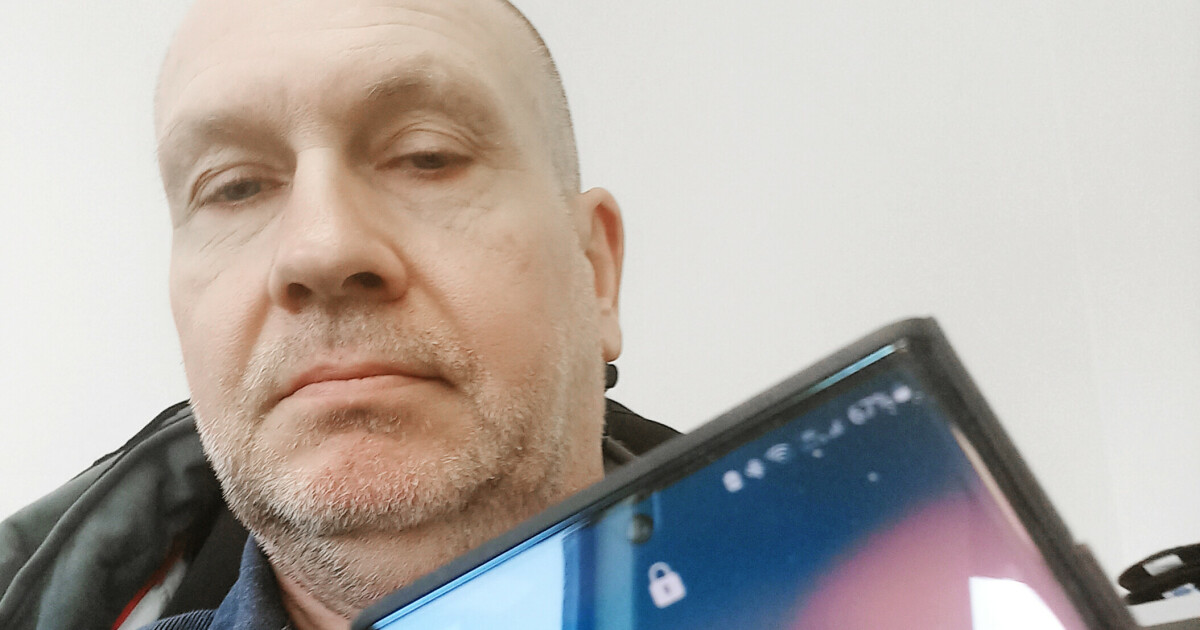 – It seems to me that Samsung has managed to produce a top phone that you can not use to make calls on a regular GSM network, Rudi Brochs tells DinSide.

He went for the best Samsung model this spring, S22 Ultra, a phone that has received very good shots both here on DinSide and everywhere else.

The problems have been several. Brochs has repeatedly experienced that others have tried to call him, but that they have only received the classic message that the phone has been switched off or out of coverage. That despite the fact that his phone shows that he has coverage, where he can also call out.

He also says that during conversations on a regular basis he has experienced that the sound from the conversation partner has disappeared for 10-15 seconds, and at the other end of the conversation only noise is heard, which can be compared to an old TV that is not tuned to any TV. channel. This must also have occurred several times during the same conversation.

Got a new phone

Brochs had bought the phone at Elkjøp and contacted them on March 10 with the problems. It was handed in, and five days later a brand new phone was in the mailbox.

However, it was a short-lived joy. The new phone has exactly the same problems as the first, according to Brochs.

After doing his own troubleshooting, Brochs has come to the conclusion that the problems arise if you deactivate 4G speech, or if you are in an area without 4G coverage.

– I refuse to believe that it is coincidence that both the first and this have exactly the same error, he says to DinSide.

Brochs is not alone in having problems with the S22 phone. In a forum thread at Samsung At the time of writing, there are over 300 comments, a large proportion of which are from people who have problems related to calls and connection on Samsung’s new flagship.

Brochs is reasonably frustrated by the situation:

– It is impossible to deal with a phone you can not trust for ordinary phone calls, he sighs.

Communications Manager Madeleine Schøyen Bergly in Elkjøp understands well that this has been a boring experience for the customer:

– When you buy a brand new product from us, you obviously expect it to be in order. We will contact our customer here, so we can find a solution together with the customer, she says.

Elkjøp is not aware of similar feedback, but is now in dialogue with the supplier where they are awaiting feedback on whether this is a problem several have experienced.

Samsung: – Working to find a solution

When we contact Samsung’s Norwegian press department, they are familiar with the problem.

– We know that there have been GSM problems for a small number of customers, and we are working to find a solution to that, says press contact Petter Daling to DinSide.

At Samsung’s Nordic office, they have received feedback from S22 Ultra customers who have experienced the same as Brochs, and they have also seen posts on their own forum with others who have the same problem.

– Does this only apply to the Ultra model, or are there problems for all three S22 models?

– We have so far received feedback from a few S22 Ultra users, but we can neither confirm nor deny that it applies to the other models, says Daling.

He further says that the company is working to put in place a solution, and that it can hopefully be solved via an update of the phone.

– It is very boring when a top model turns out to behave unstable. In this case, the consumer has done thorough research himself, and found out what is the cause of the error. Although mobile phones are used for many different purposes, regular calls are still a key feature. When the call function fails, there is clearly a shortcoming in the phone, says Thomas Iversen, senior legal adviser in the Consumer Council, to DinSide.

Iversen is aware that in this case the consumer can demand that the error be fixed, and that it is probably updates of the phone’s software or firmware that are needed to solve the problem.

– If the error is not fixed relatively quickly, consumers will be able to demand that the purchase be redone, says Iversen.

He also emphasizes that if the consumer chooses to wait until the error is fixed, he or she is entitled to a free loan telephone in the meantime. But it is important to contact the seller if you experience the error – otherwise you risk losing the right to complain. The decisive factor is whether the consumer should have realized that the error is something the seller may be responsible for.

This is what the Consumer Purchase Act says

If there is a defect in the item, the consumer must, within a reasonable time after he or she discovered or should have discovered it, notify the seller that he or she will invoke the defect (complaint). This time limit for advertising can never be shorter than two months from the time when the consumer discovered the defect.

Complaints must be made no later than two years after the consumer took over the thing. If the thing or parts of it in normal use are intended to last significantly longer, the deadline for advertising is five years. This does not apply as long as the seller by warranty or other agreement has assumed responsibility for defects for a longer period of time. The deadlines after the first and second sentences also do not apply if there is a defect after § 15 second paragraph letter g.

Complaints can instead be made to the person who, by agreement with the seller, has undertaken to remedy deficiencies.

– Neither the consumer nor the seller is served by the consumer having to complain every time a conversation breaks down. Here, sellers must accept that different consumers will be able to detect the error at different times. If an update of the phone solves the problem, it will come regardless of whether you have complained or not, says Iversen.

The Consumer Council points out that the issue is special in cases like this. This is because the sales team has no real opportunity to fix the error, which has its origin in the digital part of the product. The seller is dependent on the manufacturer, who in turn has to create updated software for the phone.

Nevertheless, it is the seller who has the legal responsibility towards the consumer, and can not refer the person on to the manufacturer.

A draft of the new Consumer Purchase Act was up for consultation last autumn. The law aims to update the regulations so that errors of digital origin in physical goods also receive specific regulation.

– Rules have also been proposed on the right to function and security updates, which is very important when more and more of our things are connected online, Iversen concludes.