Aryna Sabalenková with a trophy for the winner of the Ostrava tournament.

“I’ve had a great week, I’m excited,” said Sabalenkova, who sent a kiss to heaven after the match for her father, who died last November at the age of 43.

Former world number one Azarenka played the jubilee fortieth final of her career singles, and the compatriot was a compatriot only initially. From 2: 1, Sabalenková dominated, playing bolder and in the first set she shot the opponent 16: 4 at the winning strokes. Sabalenka won the first set after gaining five games in a row.

Aryna Sabalenková rejoices over the transformed match ball in the final.

“The first six games were very difficult, they pushed me a lot and chased me around the court. I stayed focused on playing my game, which is important because when you start concentrating on your opponent, you usually lose,” Sabalenková said. 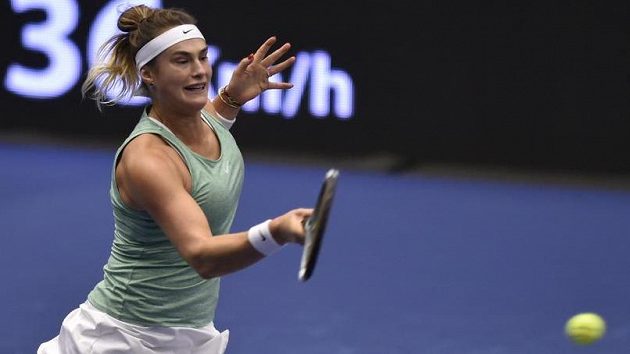 Aryna Sabalenková from Belarus in the final of the Ostrava tournament against compatriot Victoria Azarenková.

In the second set, Azarenka was treated 1: 2. When she returned to the court, she seemed sluggish, breathing, and moving slowly. However, she did not give up the match, she tried to play a risky one-shot shot and even broke through Sabalenka’s service at 2: 4. However, Sabalenková won the remaining two games and used the third match point with a direct point from the service.

“I want to thank everyone, including Aryna and Ostrava, for a great tournament. I also greet my son Leo and stay healthy,” Azarenka said at the announcement. “Congratulations to Victoria and I hope you will be better soon,” said the twelfth player in the world, Azarenka. 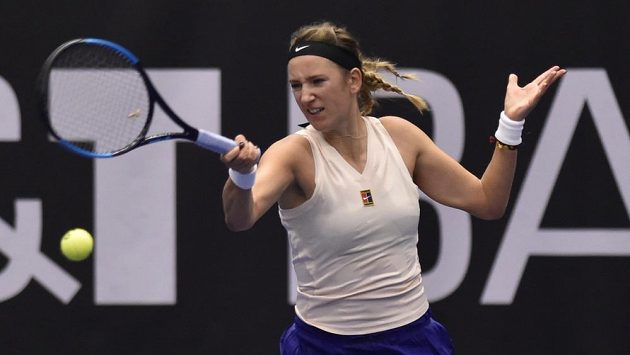 Viktoria Azarenková during the final.

Sabalenková has a chance to celebrate a triumph in Ostrava as well as in doubles. In the pair with the Belgian Elisa Mertensová, they are number one and in the final they will play against the Canadian-Brazilian duo Gabriela Dabrowská and Luisa Stefani.

Sabalenková then completed a double in Ostrava, which she did for the first time in her career. In a pair with the Belgian Elisa Mertensová, they confirmed the role of the number one and in the final they defeated the Canadian-Brazilian duo Gabriela Dabrowská, Luisa Stefani 6: 1 and 6: 3. “It was a beautiful week for me, the best in life,” she said.

The J&T Banka Ostrava Open 2020 tournament was an event in the Premier category and replaced the Chinese venue in Zhengzhou in the modified WTA calendar. At the time of the ban on sports in the Czech Republic due to coronavirus, the tournament was exempted and took place without spectators.

Frenchman Ugo Humbert won his second ATP title at the tournament in Antwerp. In the final, he defeated the eighth seeded Australian Alex de Minaur in an hour and 37 minutes 6: 1, 7: 6 and followed up on the January triumph in Auckland.

Twenty-two-year-old Humbert, who averted four matchwords in the semi-final marathon with Daniel Evans, dictated the pace of the match in an offensive style in the final. He won the first set in 37 minutes, the second set, in which the game equalized, won only in the tie-break.

In the five-year history of the tournament, Humbert is already the third French winner after Richard Gasquet (2016) and Jo-Wilfried Tsong (2017).

German Alexander Zverev also won the second home tournament in Cologne and won a unique double. As a week ago, the first seed managed to play the role of the biggest favorite in the final, this time against the tournament duo Diego Schwartzman. He defeated his Argentine opponent 6: 2, 6: 1 and added the thirteenth title to the collection.

Schwartzman eliminated Canadian Félix Auger-Aliassim in the semifinals, who played the finals in Cologne a week ago, but he was not enough for the title match for Zverev. The 23-year-old finalist of this year’s US Open won over semi-finalist Roland Garros in 71 minutes. 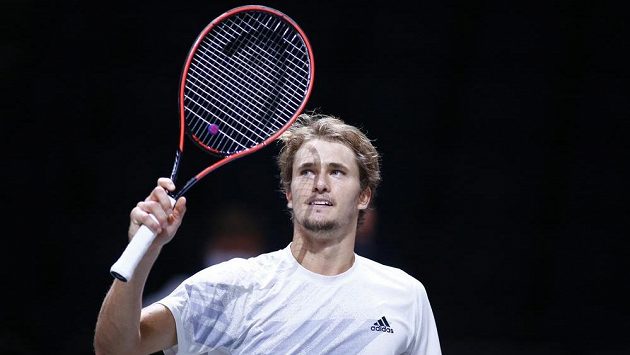 “I didn’t know two days ago if I would finish the tournament at all. I’m glad I didn’t give up,” said Zverev, who suffered from hip problems in the quarterfinals.

The seventh player in the world rankings succeeded at home in Germany for the fourth time. To the two triumphs from Munich in 2017 and 2018, he has now added two titles in the Lanxess-Arena in Cologne within a week. At the end of the season, he plans to start at the indoor Masters in Paris and then at the Champions Tournament. Schwartzman is still struggling to advance to London.

Students give a coup with the signing of JJ Barea, NBA champion in 2011 | sports

Progression of the coronavirus: thrill or runaway?

Six percent of Belgians have antibodies to the coronavirus

Coronavirus detected in mink on a farm in Lithuania / Article / LSM.lv

Development of identified infections in Amstelveen