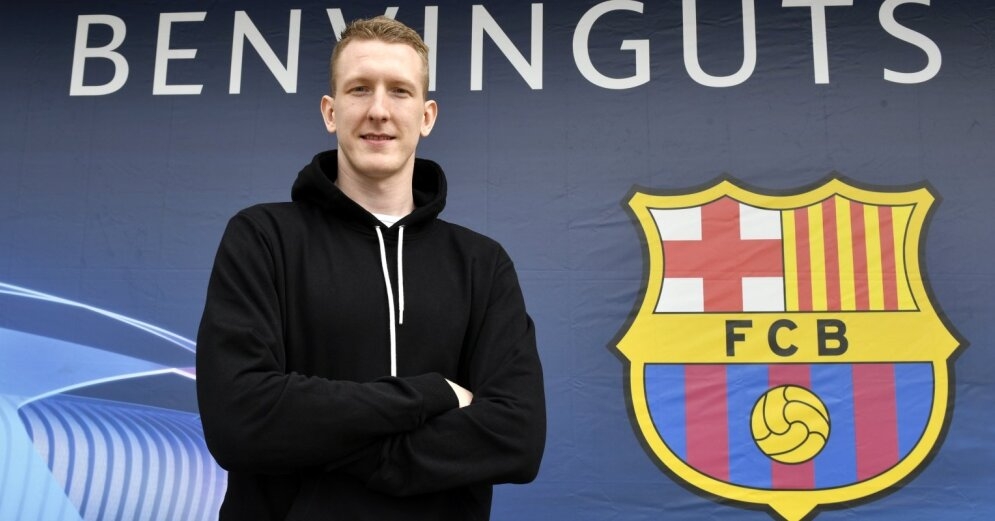 If we look at the composition of Barcelona, ​​there have been no major changes. However, if the head coach and the head of the match change in the team, they are still fundamental adjustments.

Yes. Nick Kalatess is a very high-class player, a great match manager who thinks first of his teammates. At first, I didn’t even respond to some of his passes. (Laughs) Being with him on the court, you have to be constantly ready that a pass can follow. Also at the very last minute.

But on Tuesday you got effective alley-oop danku was arranged by Adam Hanga.

So we had a special on alley-oop created a play.

Have you talked to Jasikēvičs face to face? How does he see your role in the team and what time of the game do you expect this season?

We have not spoken in fashion. I think he had individual talks with the captains. But as far as I know, he has it – if you train well and meet the requirements on the field, then you will always get the game time. He is a fair coach. It doesn’t matter what your status as a player is. If he sees that there is a “mismatch” position against you, he will immediately try to take advantage of it.

Listen, but more than once you wanted to get Kaunas “Žalgiris”, when it was still led by Jasikēvičs. That’s a good sign for you too, isn’t it?