Home Business Rodika Prokhorova: Electricity prices have been affected by the availability of interconnection capacity
Business

Rodika Prokhorova: Electricity prices have been affected by the availability of interconnection capacity 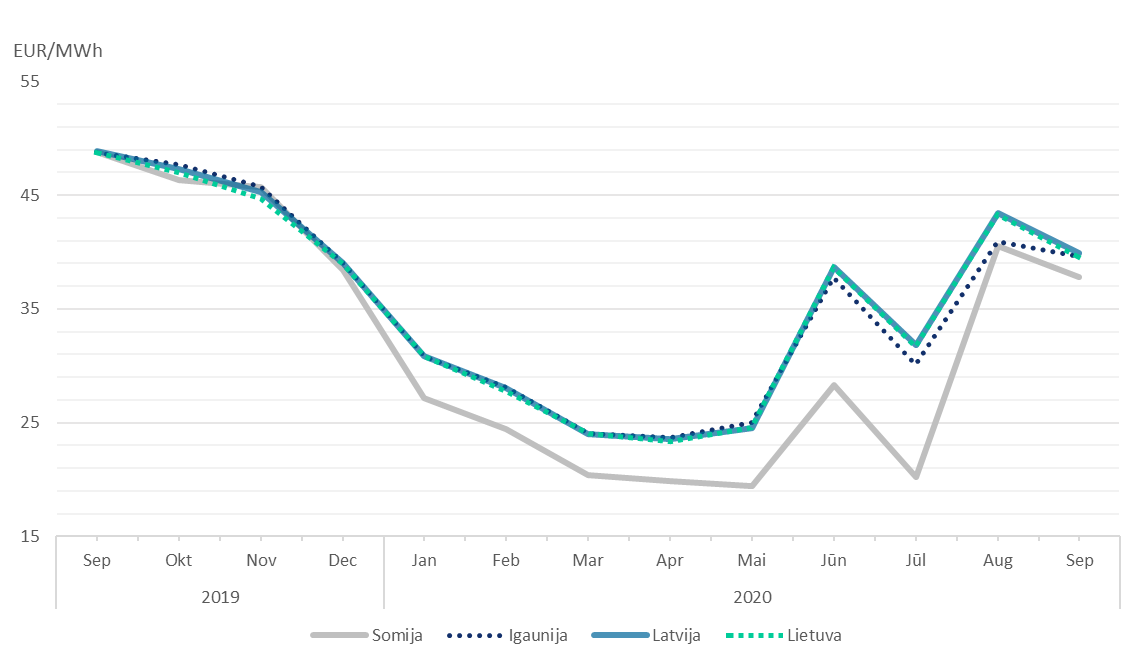 In September, the price of the electricity system increased from 8.79 EUR / MWh to 15.73 EUR / MWh, the low level was still affected by the Norwegian trade areas. Price differences between Nord Pool’s sales areas were affected by capacity flow restrictions and generation allocation. At the beginning of the month, higher electricity prices were affected by a decrease in reservoir filling, however, as weather conditions changed at the end of the month, higher precipitation resulted in an increase in filling levels and, consequently, hydropower in the Nordic countries. At the same time, the development of wind farms in the Nord Pool region also increased, amounting to almost 5 TWh or 15% more than in September of the previous year.

In the Baltics, electricity prices were affected by electricity prices in neighboring countries and higher energy flows – from Finland by 19%, Sweden’s SE4 region by 17%, as well as from the Kaliningrad region, but decreased from Belarus. 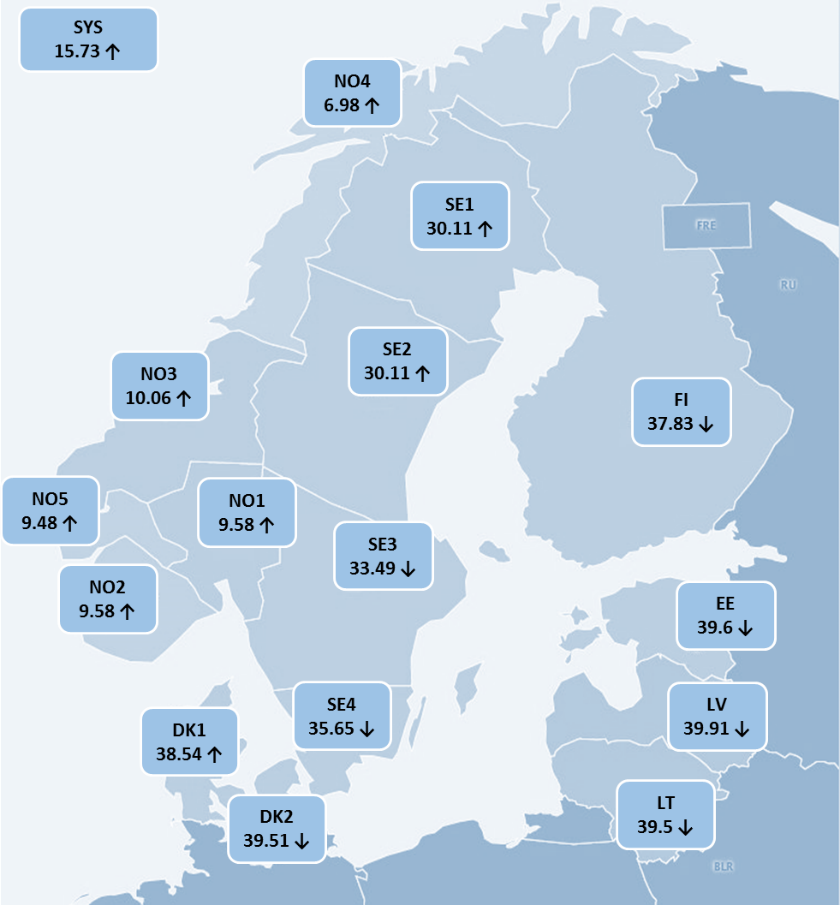 In September, changes in the hydrological situation due to weather conditions affected the volatility of future electricity contract prices. At the beginning of the month, the hydrological balance was 11.5 TWh above normal, but at the end of the month it increased to 16.2 TWh due to weather forecasts of higher precipitation. In addition, price movements in the emissions trading market also affected price fluctuations in the Nordic futures market.

Electricity generation in the Baltics has decreased

In September, generation in the Baltics covered 59% of electricity consumption; In Latvia, the ratio of development to consumption was 60%, in Estonia 72%, and in Lithuania 51%.

Access to the Daugava at the level of the norm

In Latvia, the total precipitation was above the September level. The average monthly inflow into the Daugava was 250 m3/ s jeb par 50 m3/ s above the 30 – year average inflow level.

In September, slightly higher inflows resulted in electricity generation “Latvenergohydropower plants increased by 38% to 101 GWh compared to production in August. In turn, electricity generation at Latvenergo TEC decreased by 45% to 132 GWh compared to August, and the first TEC-2 power unit was not available on the market due to annual maintenance work.

Oil prices prices have risen in other commodity markets

The price of the Brent Crude Futures crude oil futures contract fell by 8% to USD 42.07 / bbl in September, and the contract closed at USD 41.03 / bbl at the end of the month.

Oil market prices continued to be affected by the continued nature of demand as a result of the Covid-19 pandemic, as well as fluctuations in global financial markets. In addition, higher oil inventories in the United States contributed to the downward trend in oil prices.

Prices in the coal market were affected by supply disruptions from Colombia and reduced coal mining in Russia. In August, 13% of total electricity generation in Europe was generated by coal-fired power plants, while in September production increased to 15%. Demand was affected by higher natural gas and allowance prices, in anticipation of seasonal increases in demand. However, future fluctuations in coal prices will be determined by weather and economic developments.

In September (Dutch TTF) The average price of the October natural gas contract increased by 22% to 11.33 EUR / MWh, and the contract ended at a higher price of 12.28 EUR / MWh.

In the natural gas market, price fluctuations were determined by higher demand. At the same time, disruptions in natural gas supplies from Norway have been observed, as well as the volatile nature of emission allowance prices. In Europe, the filling level of natural gas storage facilities at the end of the month was 94.7%, which is below the level of 2019 – 96.7%.

In September, the carbon market saw a higher level of market allocation. As a result of higher supply and fluctuating demand, the closing prices of the trading day during the month ranged from 26.17 EUR / t to 30.47 EUR / t. Such fluctuations were affected by both fluctuations in commodity markets and new outbreaks of Covid-19. In addition, the price direction was also determined European Commission statements on the new goals of the European Climate Act or Green Course to achieve climate neutrality by 2050.

Subaru Forester: here is the restyling

‘Almost all of Europe on yellow in the...

What is better to rent or buy a...

Bouchez gets a finger tap from his own...

The impact of digital marketing