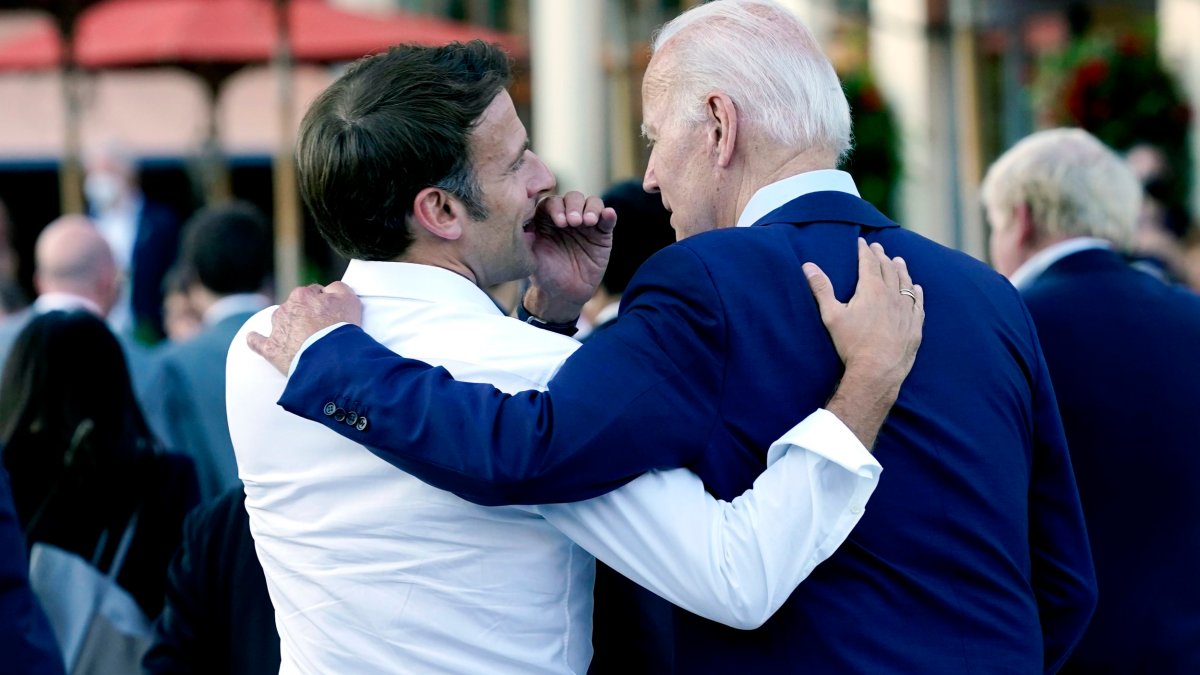 A quick look at the absentees list at this year’s World Economic Forum (WEF) in Davos, suggests it’s not the essential winter get-together for the rich and very powerful that it once was.

US president Joe Biden and his G7 counterparts Emmanuel Macron, Rishi Sunak, Chinese leader Xi Jinping, and newly re-elected Brazilian president Luiz Inácio Lula da Silva are all absent from this year’s gathering, while some of the most prominent tech companies are said to be dialling back their participation amid rounds of heavy lay-offs.

Hobnobbing with presidents, chief executives and billionaires in a luxury ski resort isn’t ideal PR for Mr Sunak while he presses NHS workers to accept below-inflation pay rises. Neither is it a good look for Mr Macron, the French president, as he tries to quell unrest at plans to roll back pension benefits.

Turning down a few nights in Davos is unlikely to change anyone’s view if multl-multi millionaire former investment banker Sunak, however, or indeed alter France’s perception of Emmanuel “Sun King” Macron, who once spent €26,000 on make-up in three monthsand order ordered €500,000-worth of plates for the Elysée palace.

“It’s not that they suddenly feel uncomfortable with Davos or they don’t want to rub shoulders with the rich and powerful,” one political scientist said to me on Wednesday. “It’s just because they don’t want us to see them doing it.” He thought Sunak should have gone and batted for Britain, anyway.

You could blame Covid and the rise of Zoom meetings for the loss of interest in big international meetings. Nonetheless, the slightly hollowed-out feel at Davos this week, has led liberal economists and their house journal The Economist to fret about the decline of globalism.

Though not everyone thinks that’s a bad thing. In its own wordsthe WEF’s mission is “to redefine the international system as constituting a wider, multifaceted system of global co-operation in which intergovernmental legal frameworks and institutions are embedded as a core, but not the sole and sometimes not the most crucial, component”. In simple terms that means not leaving global decision making simply to nation states – even ones with functioning democracies.

The upshot is giving civil society bodies, academic experts, celebrities and, most important, big multinational corporations a say. But transferring decision-making from politicians to the (unelected) great and the good in global corporations understandably has its own critics.

The WEF’s desire for power and influence prompted over 400 NGOs and international charities to fret publicly about its 2019 partnership deal with the United Nations as a “disturbing corporate capture of the UN, which moved the world dangerously towards a privatised global governance”.

Regardless of your thoughts on the merits of globalism, there’s little doubt that it’s feeling the strain in a politically polarised world. Globalism was a pet project of the political centre. Tony Blair was in Davos this week, no doubt evoking past glories. His would-be successor as a centrist Labour premier, Sir Keir Starmer was also present to burnish his pro-business credentials.

But as America decouples from China, populism fractures US politics, wounds the UK economy with Brexit and sees right-wing parties surge across Europe, the political centre is in retreat for now. As one economist said to me this week “the centre ground of politics has never found an effective way of explaining to those people who lost out through globalisation”.

And cant is never in short supply at Davos. American representatives were keen to talk up free trade and green issues while promoting the US Inflation Reduction Act – a blatant piece of protectionism that threatens a trade war with Europe.

But there were other specific – and huge – issues up for discussion. Lula might not have been there, but Brazil’s environment minister was. Private enterprise will play a vital role in any successful plans to save the Amazon forest from destruction as it approaches a tipping point.

Representatives from Ukraine were active and softening the west and big corporations up for the largess that will be needed to rebuild that shattered country once the war is over.

For the sake of having a say – and a stake – in these issues alone, it would have been worth Sunak, Macron and Biden making the trip.