Kamavinga is an atypical high school football player with star potential. Usually, attacking guys are recorded in this category: this was the case with Wayne Rooney, Leo Messi, Kilian Mbappé. It is psychologically easier for a coach to release a teenager closer to someone else’s goal than to his own. If an inexperienced guy cheats and loses the ball at the opponent’s penalty area, it is not fatal – there are a lot of partners behind him.

Eduardo most often plays in the support zone, so his case is special. One inaccurate pass, an imprudent move, a second blunt, and the ball is in your net. At such a young age, only Cesc Fabregas successfully coped with the same responsibility. But comparing the situations of the Frenchman and the Spaniard is not entirely correct: Wenger’s Arsenal dominated matches more often than the middle peasant Rennes.

There are only 4 real candidates for the Golden Ball for youngsters. Golden Boy rolled out the final list

When Kamaving was transferred to the main team, his talent was instantly appreciated. “We were shocked. Technically and physically, Eduardo is a monster. Everything he does is perfect. For me, this is an example of a perfect midfielder. There is nothing that he does not know how. He defends well, fights for the ball, creates chances, scores and gives assists, ”admired Hatem Ben-Arfa, who was once called a super talent himself.

Outside of France, the guy with the quirky hairstyle was noticed last August when Rennes beat PSG: in 90 minutes, Kamaving showed 97% passing accuracy and an assist on the winning goal. He is not yet 18, and the match with Krasnodar is already the 50th at the senior level – it is not surprising that he signed a Nike contract with the young Frenchman.

Agiotage for the player has arisen among agents. Eduardo was claimed by Mino Raiola and Jorge Mendes, but the youngster was taken by Moussa Sissoko, the representative of Usman Dembele, another star pupil of Rennes. But if Dembele is famous for his lack of discipline and professionalism, then Kamaving is the exact opposite. “Eduardo never had any problems with behavior and the right attitude to business. He has equal respect for the coach and the cleaning lady at the base, ”says the former head of the Rennes Academy Landry Chauvin.

From an early age Kamavinga was serious, because at the age of 10, his dad confronted him with the fact: “You are the main hope of the family.” His parents fled Angola to France when Eduardo was a year old, settled in the city of Fougeres, but lost their home due to a short circuit. The fire destroyed documents, savings and belongings.

The mayor provided the family with temporary housing, the townspeople organized a fundraiser, and a little later Julien Stefan was invited to watch at Rennes – now he is the team’s head coach, and then he worked with the youth team. After signing the first professional contract, Eduardo asked his father a question: “Do you remember what you told me when the house burned down? Here we are. “

Last November, Kamavinga received French citizenship and immediately played for the France U-21 team, skipping all the other levels – something even Mbappe did not allow himself. At 17 years and 11 months, Eduardo distinguished himself already for the senior national team and impressed the whole country, because the last time the 17-year-old goldfinch scored for the “tricolors” already 106 years ago.

When a talented Frenchman appears somewhere, Zinedine Zidane already knows about him. Real Madrid have been leading Camaving since the age of 14 and are considered the main contender for the player. Eduardo was offered to move to Madrid this summer, but the guy preferred to evaluate the Champions League with his home club. PSG, Juve and Manchester United are also looking at the Frenchman, so successful matches in the Champions League will complicate the negotiations for Real – the price tag will rise.

Renna coach Stefan explained why Kamaving is in such demand: “If I want a running player who breaks the lines, I put Eduardo in the 8 position. If defenders need a man who wins balls and is aggressive, Kamaving is also my option. ” Pogba has simplified the description to a minimum: “He looks like me.”

Zidane saw that too, so Paul may never wear a Real Madrid jersey.

Even more cool stories in the telegram channel of Ilya Yashinin

Rennes is on a par with PSG. And Krasnodar arrived without a leader and coach

Fans have chosen the most overrated footballer in the world

The League of nations

Pogba and Ndombele contract coronavirus, they were not called up to the national team

Trending, there are many benefits of farming at home

Verstappen defends Pirelli after Hamilton statements: “ That’s the whole point of these tests ” 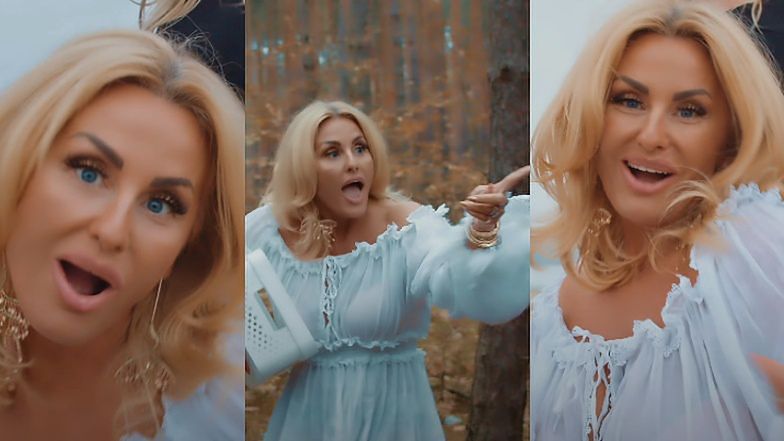 Dagmara Kaźmierska starred in the DISCO POLO video. The role of the lover was played by … Conanek