Refurbishment: TIROLER Versicherung is dedicated to the anniversary of its history 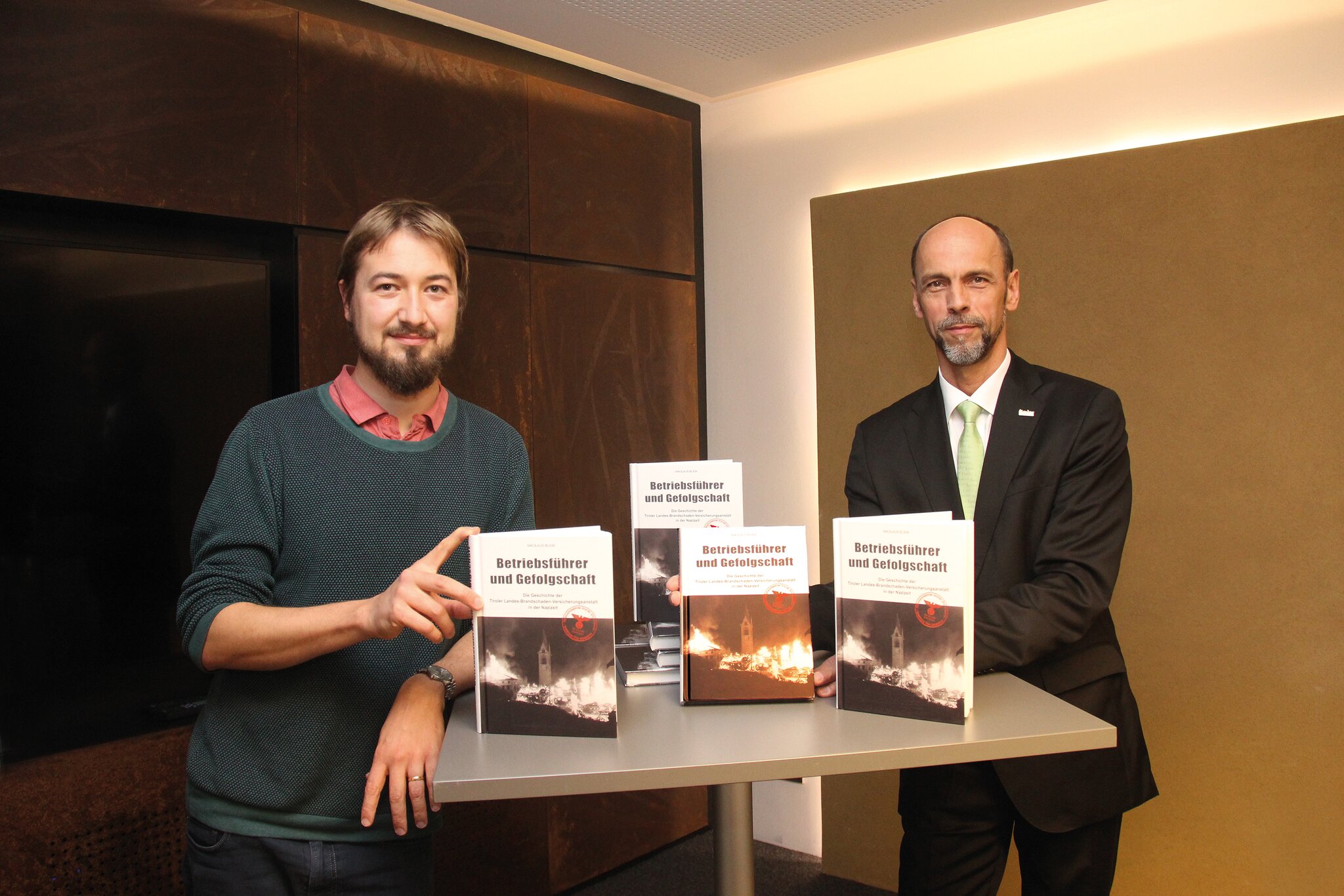 INNSBRUCK. A digital press conference by Tiroler Versicherung on a special topic. As part of a research project, the historian Nikolaus Bliem dealt with the role of TIROLER VERSICHERUNG in the Nazi era.

For Franz Mair, board member of TIROLER Versicherung, dealing with stories is an extremely exciting topic. A real treasure trove for the extensive project work was a closed safe in the basement. At first it was assumed that the safes belong to the Hypo Tirol Bank, which once had its headquarters on the premises. After the safes were opened, a large number of documents were found that reflect the history of the Tiroler Versicherung. “Our project is to come to terms with a piece of missing economic history in Tyrol and to close the gap in Tyrol’s corporate history,” Mair notes.

In a three-year project, the historian Nikolaus Bliem dealt with the Nazi era in TIROLER VERSICHERUNG, then the Tyrolean state fire damage insurance company. This resulted in the book “Betriebsführer und Gefolgschaft”. The research was commissioned by TIROLER itself. The study was accompanied by, among others, Dirk Rupnow, Professor of Contemporary History at Innsbruck’s Leopold-Franzens University. “In all of our Festschriften, the Nazi era has been dismissed in a few sentences: ‘A dark time, the director imprisoned, a Nazi took over the management …’ More was hardly to be read. That was always not enough for me. But neither in our company archive nor in public sources there was nothing worth mentioning about the TIROLER at this time, ”says Franz Mair, explaining the motivation for the research contract.

Bliem’s ​​sources were in the basement of the TIROLER headquarters in Innsbruck’s Wilhelm-Greil-Strasse: primarily correspondence, but also damage reports, contracts and personnel files – a total of 34 archive boxes. TIROLER VERSICHERUNG made this material available to him without restrictions and supported the research. Nikolaus Bliem has now published the results in the book “Betriebsführer und Gefolgschaft”.

Personnel policy under the Nazis
The annexation of Austria to Nazi Germany had primarily personnel consequences for the company: The director Josef Dobin was removed and replaced by the party-loyal Ekkehard Pesendorfer. “His job was on the one hand to keep the company running and on the other to carry out ‘cleanups’. However, I did not find any evidence of Jewish employees who had resigned; the dismissed were political opponents, ”says Bliem, summarizing the personnel policy at the time. There is room for maneuver here, because personnel decisions were not only made by the NSDAP, but the company also exerted great influence through interventions. “It turns out that the applications for indispensable positions were tough but also mild. The company met people who were useful, ”said Bliem.

Jewish policyholders
“On the night of the pogrom on November 9, 1938, the cruelest and bloodiest crimes in the entire German Reich took place in Innsbruck – measured by the proportion of Jews in the total population. That is why I was particularly interested in the 1938 claims list. But there was nothing to be found there, ”said Bliem. Dirk Rupnow, Professor of Contemporary History, helped supervise the project and adds: “There could be different reasons. On the one hand, it is possible that Jewish policyholders were systematically prevented from making claims payments. However, it is also possible that there were no Jewish policyholders at TIROLER. The Jewish share of the total population was very low in Tyrol and was mainly to be found in urban areas, where TIROLER had the lowest market share. ”

The TIROLER board thanks for the scientific preparation. At the same time, the domestic insurer hopes that the book publication may reveal further documents (from private archives). “The available material makes a critical gap in the company’s history much smaller, even if after around 80 years there will always be questions unanswered,” concludes Franz Mair.

You can find more news from Tyrol here