Refugees in Ribaritsa: Everything is wonderful, there is not only the Internet 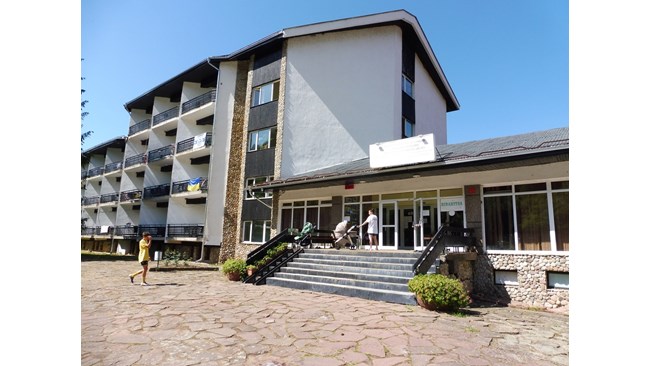 An old howitzer on a pedestal and a uniformed guard guard the holiday base of the Ministry of Defense in Ribaritsa, where Ukrainian citizens are accommodated. Access to it is limited. The young security guard stops us in front of the barrier, the rules are the rules.

All around is lush greenery that captivates the eyes, the air is fresh and cool. The holiday resort is new, located among trees and silence.

Early young women with children are already leaving the station. We also see little boys kicking a ball on a sports field. “They read a little, and then they play sports all day,” the security guard follows our eyes. He added that the tennis court had been abandoned before, but

since the arrival of the Ukrainian children, no grass has remained

And unlike their Bulgarian peers, they did not stare at the phones all the time, but played a lot of sports. Some of the guests take a walk along the alley coming out of the guarded area. “I’m Lesya, but in Bulgarian it can be Liska,” the smiling woman introduced herself.

“Well, how is it here, do you like it?”, We put our school Russian into action.

“Very nice. I have been here for more than a month, I arrived with one of the first “, Lesya answers.

On the move, he explains that the only thing they lacked was the Internet – otherwise everything was perfect. And the food was delicious. In general, her compatriots

but the fish menu once a week completely suited them. And the snacks were great. They lacked nothing at all. He says that there was a small problem with finding chefs, but the hosts still did very well.

Lesya and her companion hurried to continue their walk, headed for the village. We wish them all the best and we part.

A mother with a stroller walks in front of us. She is accompanied by a 4-year-old girl and a more mature woman.

“I have been here for two months and my daughter for three. And Tihran is already two months old “, she willingly explains.

It turns out that it is

Irina, who gave birth to her son on Bulgarian soil – in the hospital in Lovech

The baby happily watches us from his stroller. “We are from Odessa,” says Ira. Then he adds that all Bulgarians treat them well – the staff are careful, the management of the base – too.

They had everything, diapers, special food for the little one too. If a problem arose, they looked to solve it immediately. And for June 1 they organized a holiday for the children, it was a great joy. “I am also very grateful to the people of the Red Cross – they provided a cot and a stroller for the son,” said the smiling mother.

A colorful dog runs past the cart. It is here, but they have already befriended him and accompanied them while the baby is walking, explains Ira’s mother – Lyuba. We ask her about their newly arrived compatriots – those who were in the seaside resorts and have been in Ribaritsa for several days.

“I have no idea how they feel. I stay in my room and I have no contact with them “, Lyuba answers.

About 200 people are accommodated in the holiday base – the last to come to 40 Ukrainians from the sea. Most are women and children, men are at war.

“What do you think about the dissatisfaction of some of your fellow citizens?” We ask.

at home. What claims, there is a war in Ukraine, ”Lyuba replied. He says that he has three granddaughters, and now a grandson. She arrived for the birth of Tihran. Their home was under fire, and there were strategic military sites nearby. So they took the children and sought salvation in Bulgaria.

“Thank you, thank you for everything,” Ira says.

They planned to return home, but if the situation there is still dangerous – they will return. “Bulgaria is our second home – this is the truth. We love you and when peace comes, I hope this happens sooner, we will come again with our family to our second homeland “, Ira cries. 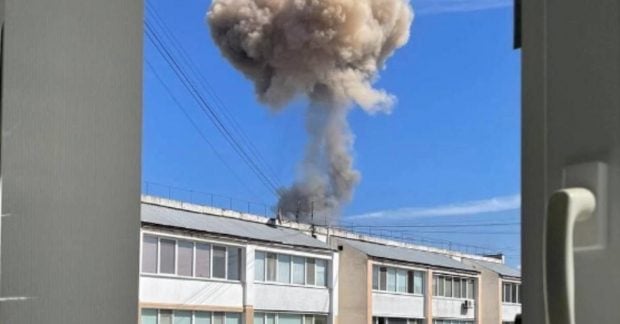