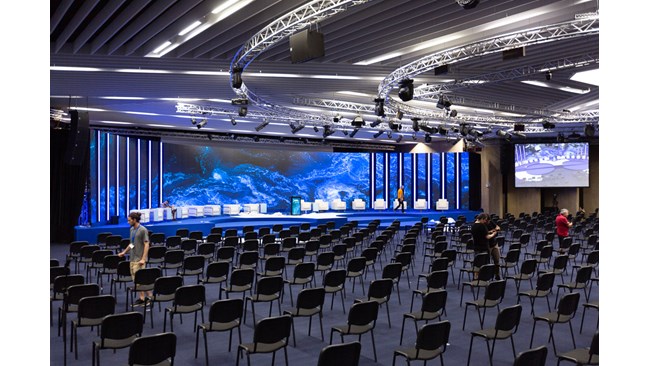 The summit of the initiative “Three Seas” will be two days in the National Palace of Culture, compare it with the background “Marshall”

For the first time since 2018, when Bulgaria chaired the Council of the European Union for half a year, Sofia will bring together so many heads of state, prime ministers, heads of international institutions and over 400 businessmen. (see box).

The occasion this time is the sixth consecutive summit of the “Three Seas” initiative, which the heads of state of 12 countries, including Bulgaria, launched 6 years ago.

If until last year the summits were more like talks at which the presidents of 12 Central and Eastern European countries met to discuss the need for better coordination in building infrastructure projects in the region, this year not so.

– 3SIIF, based in London. Its shareholders are the development banks of the 12 countries, and on the Bulgarian side it is the Bulgarian Development Bank. The fund itself is actively raising capital and already has 1 billion euros in its accounts, which are actively investing in infrastructure. The goal is for the fund to initially raise up to 5 billion euros, which in 5 years will reach about 15-20 billion euros.

This is an investment in the acquisition of one of the largest solar parks in the country, which became the property of the Austrian Enery and which is located in the village of Karadjalovo near Parvomay.

The other two projects are in Poland and Estonia. It is about the development of the Polish platform for leasing locomotives “Kargounit”, which was established in 2003 and is one of the six largest similar companies in the EU. The contract with her was signed in November last year. and the aspiration of the new majority owner, which is the 3SIIF fund itself, is to make the company the largest of its kind in Europe. The next deal was concluded in December and is for the completion and commissioning of the Greenenergy Data Center in Tallinn. In this transaction, the fund bought most of the shares of the previous private owners of the unfinished project, leaving them less than 10% of the shares. The center is expected to open in September this year, gradually taking over the processing of shipping data from the other three countries in the region: Poland, Latvia and Lithuania, Joe Phillips, executive director of 3SIIF, told reporters in Sofia recently.

The three projects, and possibly newer ones to be announced at the National Palace of Culture, clearly show what the Three Seas Initiative is – a way to raise capital for

in the North-South direction in Eastern and Central Europe.

Recently, the executive director of the American Chamber of Commerce in Bulgaria, Petar Ivanov, successfully compared the “Three Seas” initiative to “24 Hours” with something like a “Marshall” plan for Eastern Europe.

In 1948, the United States and Canada decided that Europe needed to be rebuilt, as its entire infrastructure of roads, bridges, and businesses was almost completely destroyed by the war. The United States and Canada have not been affected by the war, and with the help of $ 17 billion, which today stands at $ 120 billion, they have been able to rebuild the destroyed continent in a few years. Unfortunately, only Western Europe, because then Stalin did not allow Eastern European countries to take advantage of the plan.

Unfortunately, even after the fall of the Iron Curtain, the countries from the Baltic to the Adriatic and the Black Sea cannot boast of any good roads. The journey from Sofia to Tallinn, which is about the same distance as from Sofia to Brussels, by car or train is two days, which is too much for today.

And freight transport is a real nightmare and much more often the goods pass first through Amsterdam and only then go to Poland or to Estonia and Lithuania.

That is why the United States supports the initiative, because these 12 countries need more economic incentives to complete their infrastructure, which will bring them closer to the countries of Western Europe in terms of quality of life. European funds are not able to complete this work because their main focus and priority is to develop West-East connectivity.

The Soviet Union, at one time, and today’s Russia, were also not particularly interested in the development of North-South connectivity in Eastern Europe. Russia is interested in facilitating its connection with Western Europe and China as well. That’s why

The United States is a donor to

For the first time, the head of state of neighboring Greece will attend such a forum as a guest. The president of our southern neighbor, Katerina Sakelaropoulou, will speak at a presidential panel on Thursday afternoon. The initiative to invite Greece, which is not among the founders of “Three Seas”, belongs to Rumen Radev. His motive was that a large part of the important Bulgarian infrastructure projects pass through our southern neighbor.

The rules of the 3SIIF fund do not explicitly prohibit investments in other countries, as long as the positive effect of them extends to one of the 12 founders.

And anyway, without Greece there can be no access to the Aegean Sea, which will benefit countries such as Poland, Latvia, Lithuania, Estonia, which are most active in the “Three Seas”. 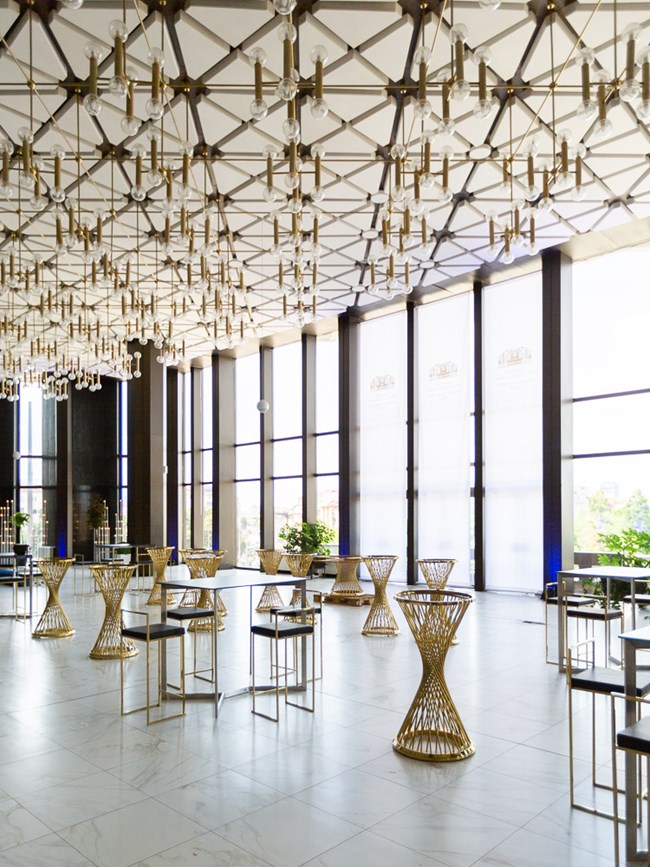 One idea, for example, is to build a port in Xanthi. From there to the Makaza pass are only 50 kilometers, if you make the famous tunnel under Shipka, cross the Danube and go along the Via Carpathia, from there you can easily reach Slovakia and Poland. If all this combines road and rail, in practice we provide direct access to cargo from the Baltic to the Aegean Sea, ie. and to the Mediterranean and it is safe to say – to the Suez Canal. This does not exist now and goods from Poland to the Aegean travel by detours and extremely slowly. Such infrastructure will benefit all countries, including Bulgaria, because it will increase international traffic, which brings profits even if we take into account only the paid toltaxes.

It is clear that such an infrastructure is beyond the power of any single country in the initiative, not even Poland, which is economically the strongest of the 12. Such projects can only be the result of a joint effort to attract private capital.

US President Joe Biden will welcome the forum

President Rumen Radev will start welcoming the foreign delegations at 13.30 in front of Hall 6 of the National Palace of Culture. The forum will be attended by the President of Germany Frank-Walter Steinmeier, of Estonia Kersti Kalulaid, of Latvia Egils Levits, of Poland Andrzej Duda, of Slovenia Borut Pahor, the Prime Minister of Croatia Andrej Plenković, the Deputy Prime Ministers of the Czech Republic Halliček Kare of the Slovak Republic Veronika Remishova, the Deputy Minister of Foreign Affairs of Austria Peter Launski-Thiefenthal.

Kristalina Georgieva, the Managing Director of the International Monetary Fund, will also take part in the discussion. US President Joseph Biden is expected to deliver a video greeting. The guest of the initiative this year is the President of Greece Katerina Sakelaropoulou. Lithuanian President Gitanas Nauseda will join the presidential panel of the business forum through a video address.