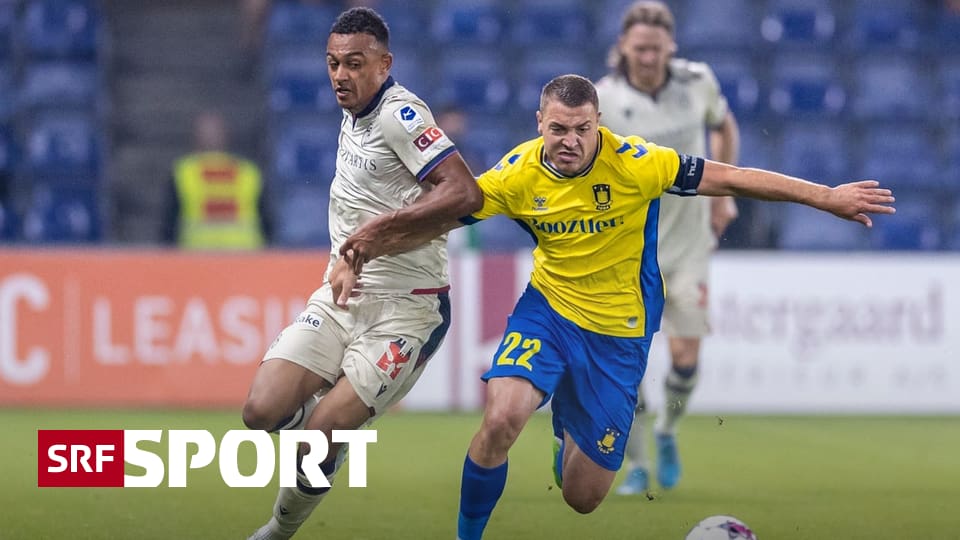 In the second leg of the 3rd qualifying round of the Conference League against Brondby, there is a lot at stake for Basel in terms of sport, but above all financially.

23-year-old: This is how young the Basel starting XI was on average last Sunday in the top Super League game against YB. The FCB squad is peppered with young talents like Dan Ndoye (21), Zeki Amdouni (21) and Liam Millar (22), to name just 3. Basel and the Super League should be a stepping stone for such players for a later move abroad – in return, FCB hopes for the highest possible transfer fees. That’s how it works in a training league like the Super League.

Participation in the European Cup is essential to get this mechanism rolling and/or to accelerate it. Ndoye and Co. need the international showcase to attract attention and boost their market value.

Goals have to be here as soon as possible

However, it is precisely this showcase that the people of Basel are threatening to miss out on. After losing 1-0 in the first leg of the 3rd qualifying round of the Conference League at Brondby IF last Thursday, FCB are under pressure before the second leg a week later. At the weekend, coach Alex Frei’s team didn’t score themselves for the second time in a row. In the 0-0 win against YB, Basel missed the hoped-for liberation despite a good performance.

In the second leg against Bröndby in front of their own team, they have to score goals, otherwise that would be international business. If you take a look at the opponent’s last results, there should be a turnaround in Basel’s favour. In the Danish championship, Bröndby had to admit defeat 3 times, in the table the team from Copenhagen is only 9th with 3 points from 4 games.

Millions in revenue are at stake

The premature end would not only be a sporting but also a financial setback for FCB. The European business only becomes lucrative when you reach the group stage. All participants will receive a starting bonus of almost 3 million euros, which will result in further point bonuses and important viewer income.

In the past season, in which Basel, as group winners, advanced to the round of 16 in the third-rate Uefa competition, FCB collected a total of over 10 million euros. Red-Blue, currently not on a bed of roses financially – the 2021/22 season resulted in a deficit of 14 million francs – is dependent on further millions in revenue from international business.

Follow the second leg of the 3rd qualifying round of the Conference League with Swiss participation on Thursday live on SRF as follows.

YB advancement probably only a matter of form, Lugano with a Herculean task

The starting position at YB is significantly more relaxed. Bernese, who are also in the 3rd qualifying round for the Conference League, go into the second leg in a duel with KuPS Kuopio with a 2-0 lead. YB showed hardly any problems against the Finns in Turku and the roles are also clearly divided for the reprise in Wankdorf.

With Lugano, a third Swiss team is in action in the Conference League qualifiers on Thursday. The cup winners face a mammoth task after losing the first leg against the Israelis from Be’er Scheva in Cornaredo at home by 0:2.