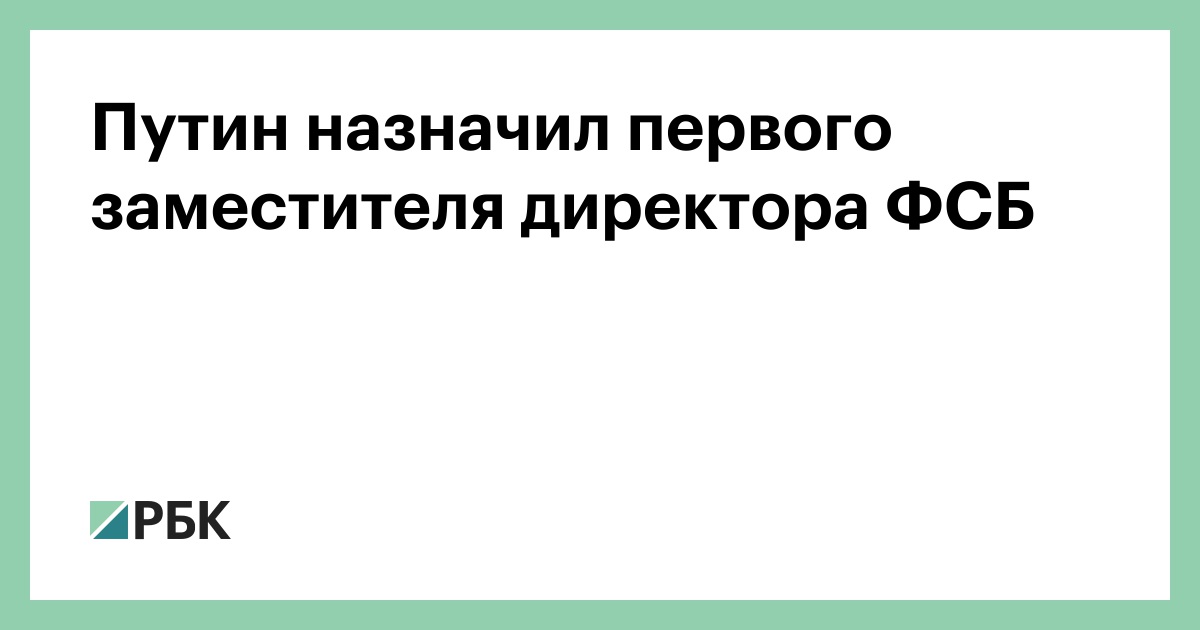 General Sergei Korolev was appointed the first deputy director of the FSB. Until now, he was the head of the FSB Economic Security Service.

The first deputy director was appointed to the Federal Security Service; Colonel-General Sergei Korolev became him. RBC was told about this by two sources close to the department.

According to one of the interlocutors of RBC, Vladimir Putin’s decree on the appointment was signed on February 24, when the FSB board with the participation of the president was held in the central office. Prior to his new appointment, Korolev was in charge of one of the key departments of the department – the Economic Security Service (SEB). The source also noted that the temporary duties of the head of the SEB are performed by the first deputy head of this service, Sergei Alpatov.

RBC sent a request to the FSB Public Relations Center.

Before joining the central office of the secret service, Korolev was an employee of the Economic Security Service of the FSB Directorate for St. Petersburg and the Leningrad Region. From 2007 to 2011, he was an adviser to Defense Minister Anatoly Serdyukov. After that, he was appointed to the post of head of the Internal Security Directorate (CSS) of the FSB.

It was under Korolev that the sixth service became the most significant unit in the CSS. Employees of this service provided operational support for the case of St. Petersburg businessman Dmitry Mikhalchenko, Governor of the Kirov Region Nikita Belykh, Governor of the Sakhalin Region Alexander Khoroshavin and Governor of Komi Vyacheslav Gaizer. Also, employees of the “six” accompanied the case of the GUEBiPK and General Denis Sugrobov. In 2016, Sergei Korolev became the head of the SEB FSB.