PSV fan Koos (70) was allowed to drive Harry van Raaij’s hearse: ‘The best thing I have ever done’ 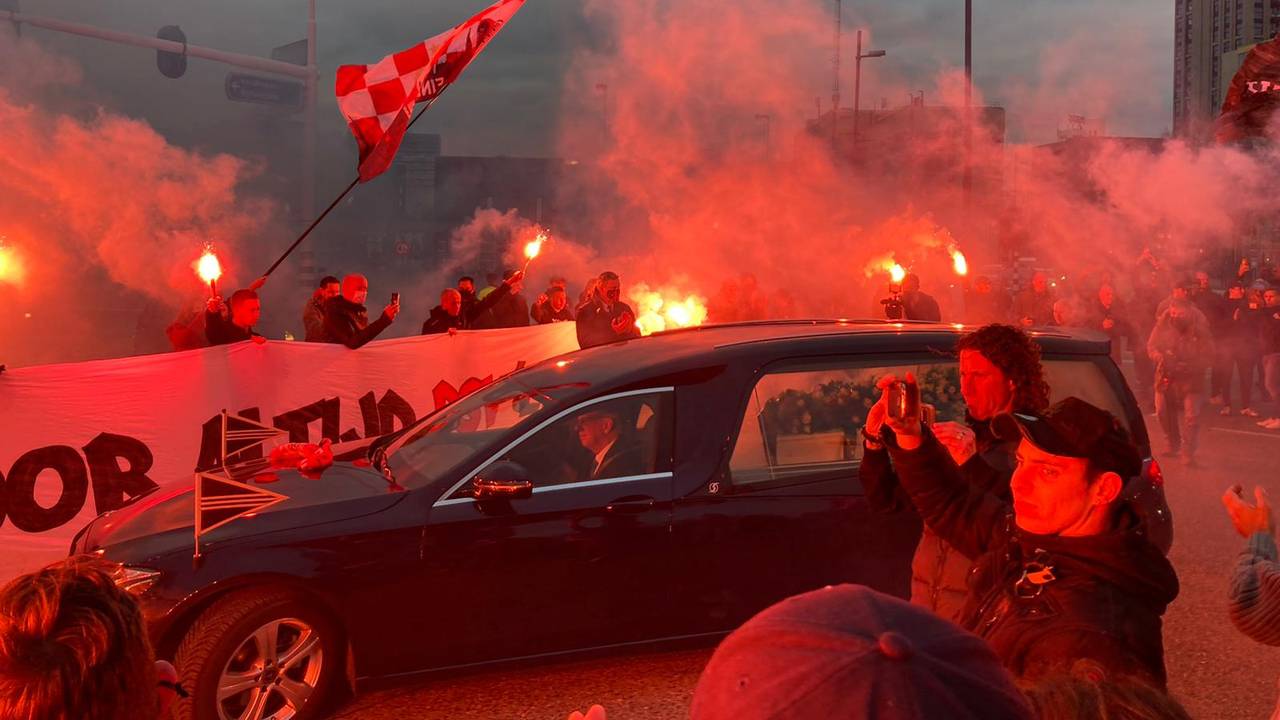 The 70-year-old Koos van der Breggen, who drove the hearse with the deceased PSV icon Harry van Raaij through an impressive hedge of honor on Saturday afternoon, is still deeply impressed a day later. “It was impossible to describe. Even if I live another thirty years, I will never forget this. ”

The retired citizen of Eindhoven wanted to do something useful during the corona crisis. Through an acquaintance he was able to start working as a funeral car driver in April. “Within four weeks I had already taken more than a hundred people away,” says Koos.

“I immediately loved doing it. The diversity was so enormous. One day you have to take someone from the nursing home to the final resting place and the next day it’s a 21-year-old boy. I had to get used to that. ”

Then Harry van Raaij went ‘to our dear lord’, as Koos describes it, and he immediately knew what he wanted to do. Koos rightly calls himself a ‘diehard PSV fan’. “I have had a season ticket for over thirty years, my wife works for the catering in the stadium, I played football with the seniors of PSV and trained the seniors as assistants. After that I was a stadium speaker. I also met Mr. Van Raaij in 2012. I thought he was such an incredibly sweet man. ”

Koos therefore decided to give fate a helping hand and asked at work if he could be given the honor of driving Harry van Raaij’s hearse. “Then the director asked why I wanted that. I said that I knew him personally and that it would be a great honor if I could do that. I feel so connected to PSV. ”

Saturday afternoon the time had come and Van Raaij received an impressive tribute near the Philips Stadium. Koos picked up the club icon at home and then drove through the court of honor.

“That was so unimaginably overwhelming. I’ve been through a lot in my life but this was the best thing ever. Such a goodbye for an 84-year-old man who has been chairman of a commercial football club. Young, old, people with children, all the torches. People threw scarves on the car. It was so well organized and the people were so respectful. I can’t describe it with any pen. ”

A day later he is still completely full of it. “I’ll tell you honestly: I’m still shaking. It was so beautiful and overwhelming. I could never have imagined this when I started doing this work. He recognizes that it is special that the pandemic gave him this opportunity.” I had been in the custody of honor with my wife. ”

It illegally provides Cyfrowy Polsat and CANAL + signals. He has to pay over a million in damages

Coronavirus: in New York, the fear of a terrible real estate crash