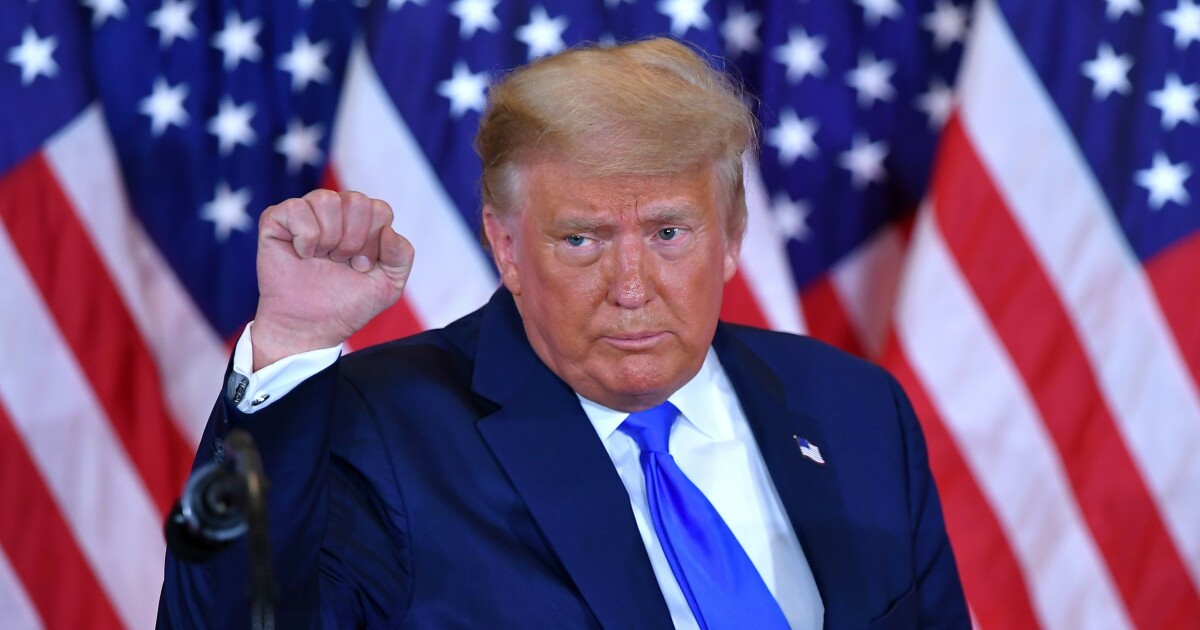 Trump wrote on Twitter on Tuesday afternoon that the results of the presidential election will begin to come in next week, and that they are making great progress.

– We will win, Trump writes in one Twitter message.

WE ARE MAKING BIG PROGRESS. RESULTS START TO COME IN NEXT WEEK. MAKE AMERICA GREAT AGAIN!

Trump has not yet acknowledged the loss, and he has filed several lawsuits to retain his seat in the White House. Among other things, he has asked for recounting and rejection of votes.

On Sunday night, the news came of another lawsuit from the Trump camp, this time against the county of Maricopa in Arizona.

The lawsuit claims that employees at polling stations in the county did not notify voters when the voting machine registered that the person in question had chosen more candidates than allowed.

In an internal letter, US Attorney General William Barr asks the federal prosecutor’s office to “investigate extensive allegations of deviant voting and counting before the election result is adopted.” The letter is reproduced by both the Washington Post and NBC.

Barr’s call comes after the Trump administration asked the Justice Department to investigate allegations of electoral fraud. So far, no evidence has been presented that election fraud took place during the US election.

Barr breaks with the ministries’ tradition of not investigating election results until the final result has been adopted.

– Such a passive and delayed enforcement can lead to situations where electoral fraud can realistically not be reversed, the Minister of Justice writes in the letter, according to several American media.