Popular cars in the Czech Republic become more expensive by tens of thousands. Dacia and VW are growing, Peugeot is an exception 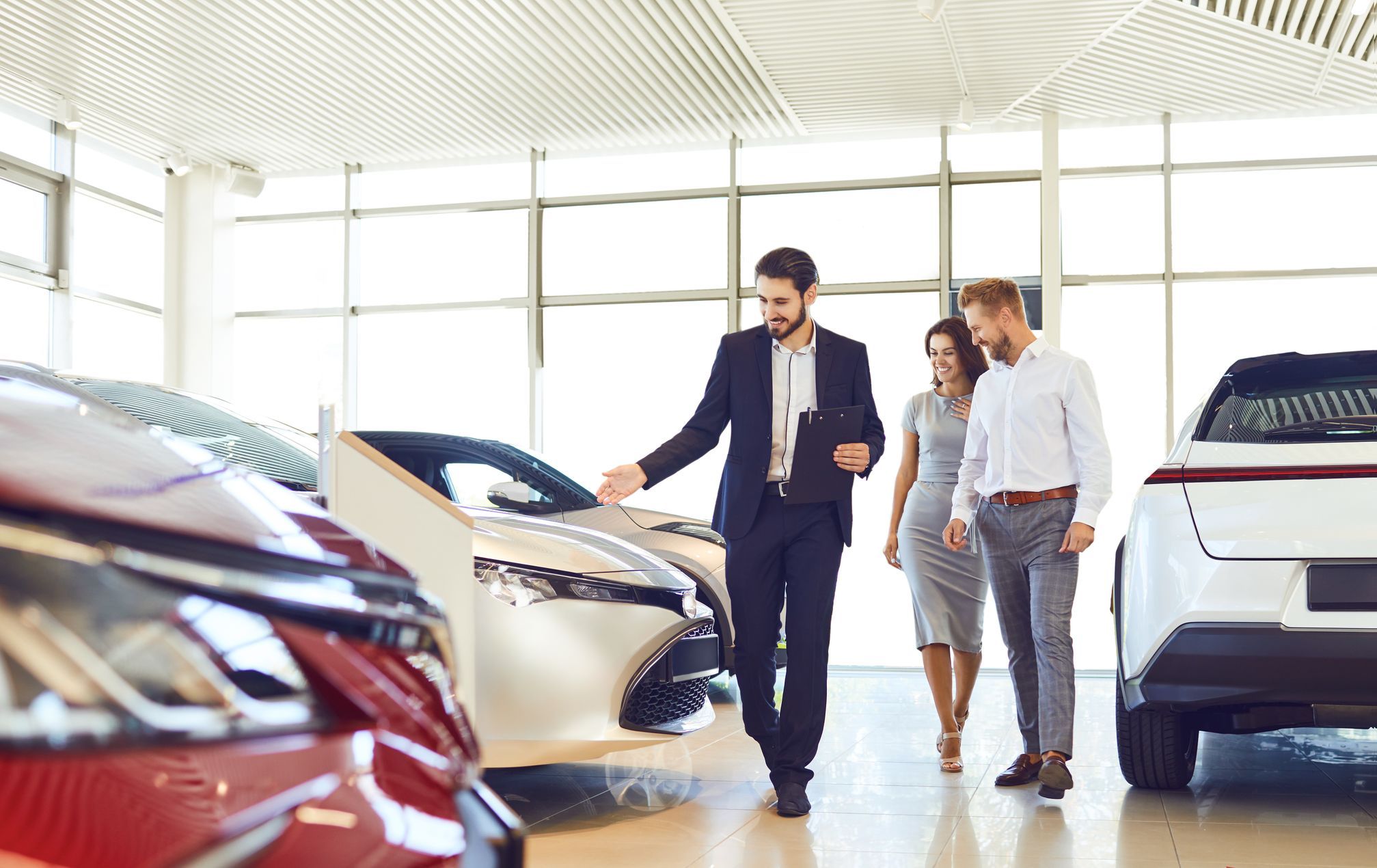 Rising raw material prices, problems with the supply of some parts, long waiting times. The automotive industry has been hit in recent months by a number of negative phenomena that affect not only production and sales, but also the prices of new vehicles. They usually grow, somewhere by a few thousand, elsewhere by tens of thousands. The wave of price increases also affected popular brands in the Czech Republic, for example Dacia Jogger increased the price for the second time in a few months.

The price increase is often more visible for cheaper cars, whose symbol has been Dacia for some time. It became more expensive again in April. Not so significantly, however, with the proviso that this is not an isolated price increase, but rather a recurring trend, it may already be felt for some interested parties. For example, the popular Dacia Duster SUV has cost at least 359,900 crowns since April, with a 66kW supercharged liter three-cylinder and Essential equipment. Recall that already in January, the importer excluded the poorest grade of Access from the offer. In March, the same Duster cost ten thousand crowns less, and in February it started three thousand crowns lower. In April, the entire offer of Duster increased in price by ten thousand, but the equipment of the car did not change.

“We will have to continue to raise prices, and broadly, the car’s entry costs have risen by 30 percent, including energy, and this must be reflected in car prices.” he explained in early February head of the Czech representation of Dacia and Renault Zdeněk Grunt, then raising the price of the Jogger. By the way, other Dacies, Sandero, have also risen in price by seven thousand, so they now cost from 282,900 crowns, the relative Logan starts at 325,900 crowns, and finally the electric mini Spring has reached 476,900 crowns. On the other hand, Renault, at least for the popular Clio, Captur and Arkana models, did not increase the prices in April and even from the beginning of the year they increased slightly only for the Captur model.

Like Grunt, other carmakers justify the increase. “Unfortunately, the significant increase in input prices is reflected in rising car prices,” said Volkswagen spokesman David Valenta. The German carmaker’s models have become more expensive in recent weeks. For example, the Golf Variant according to the engine and equipment (not counting the R and Alltrack derivatives) by 25 to 34 thousand crowns, the cheapest version of the 1.0 TSI Life now starts at 634,900 crowns. He also tripped the basic hatchback, which in the same configuration now costs at least 602,900 crowns. However, the standard equipment of the individual stages has also slightly improved with the compact model.

Among other popular models of the German manufacturer, we can name a small SUV T-Cross, whose price increased by 18 to 25 thousand depending on the engine and equipment, the basic model is based on 521,900 crowns. On the other hand, it also brings with it improvements in equipment, for example, eight-inch digital alarm clocks are already in the basic equipment of the car, as well as an extended warranty for three years or 90,000 kilometers. Another Tiguan SUV, again not counting the sports version of the R, became more expensive by up to 40,000 crowns, but the price increase again depends on motorization and equipment. However, the basic model now costs 834,900 crowns. Other changes in the price list are, for example, the standard all-wheel drive for the two-liter TSI.

read more  what changes for those who shop - Libero Quotidiano

At the same time, the importer removed some not very popular basic equipment levels, most recently disappearing from the offer of the entry-level VW Polo with a 1.0 MPI engine with an output of 59 kW. The new basis is the Life equipment with a 70kW liter TSI for at least 434,900 crowns, which is still an increase compared to the situation at the beginning of the year.

Ford, which first changed prices in March and then in April, has also seen a significant increase in prices. We can start with the smallest model on offer, as the Fiesta in the basic version of the Trend Edition with a 55kW 11-liter petrol engine already costs 383,900 crowns. That is 36 thousand more than last month, and even 45 thousand more than at the beginning of the year. Compared to March, the Fiesta then rose in price by 26 to 36 thousand crowns, depending on the equipment.

The popular small Puma SUV was still under half a million at the beginning of the year, but in March the basic model with a 92kW mildhybrid three-cylinder cost 503,900 crowns, and in the April price list the price is even 527,900 crowns. The increase of 24 thousand applies to all engines and equipment. The larger Kuga model became more expensive by 30,000 crowns, so the basic model with a 110kW 15-liter petrol engine costs 731,900 crowns. At the beginning of the year, the same version even cost 681,900 crowns.

With the compact Focus, the price increased by 31 to 33 thousand between March and April only for versions with an additional special discount. got below half a million crowns. In the case of the Focus, Fiesta and Puma, the sports version of the ST is not included in the list.

In April, Kia also rose, for example Ceed and Ceed SW by ten thousand crowns, with the exception of the station wagon with plug-in hybrid drive, where the amount rose by 20 thousand crowns. The cheapest hatchback costs 404,980 crowns and the station wagon costs 429,980 crowns with a 74kW supercharged three-cylinder. Small Rio, thanks to the end of the special discount, raised its price by 20,000 crowns, which means that the basic version with a 62kW twelve-hundredths now costs from 334,980 crowns. Another of the Korean carmaker’s popular models, the recently introduced fifth-generation SUV Sportage, has risen in price by 25,000 (also due to a lower discount), so it is the cheapest at 624,980 crowns. Exceptions are hybrids, for which the price rose by only ten thousand, and a plug-in hybrid, which did not increase in price at all.

The reason for the increase in the price of Ceed and other Kia models is, as with other brands, among other things, more expensive inputs, ie raw materials needed for the production of the car. Many have risen in price by almost a third. “In general, transport cannot be neglected, such as shipping, which rose to at least eight times the price before the pandemic,” says brand spokeswoman Kateřina Vaňková Jouglíčková, another due to price increases.

The price increase also affected, for example, the Fiat Tipo with a station wagon body, which rose by 35 to 40 thousand crowns compared to the beginning of the year, so its price now starts at 479,900 crowns. The small SUV Suzuki Vitara has also been offered a full-fledged hybrid, but the basis is still a 95kW mildhybrid, which starts at 511,900 crowns, 22,000 higher than in March (prices rose by 20 to 22,000). The Toyota Yaris and RAV4, for example, have seen a slight increase of ten and twenty thousand, respectively, since the beginning of the year. Of course, the list of changes in the price lists outlined above is not complete.

But there is also one exception to the rising paradigm. Peugeot, on the other hand, cut prices for the 208, 2008, 3008 and 5008 models in April. that customers, including those who have been loyal to our brand for a long time, will start to turn away and look for better conditions with the competition. delivery times to the standard level, “explains Radek Matthey, spokesman for the Czech brand representation.

The small 208 became cheaper by 16 to 22 thousand crowns, depending on the engine and equipment, so the cheapest version now costs 378 thousand crowns. The smallest of the SUV brands, the 2008 model, has become cheaper by 20,000 crowns and is starting at 440,000 crowns, and finally the compact 3008 model is cheaper by 15 to 28,000 crowns, depending on equipment and version. The only exception is the plug-in hybrid, for which the price has not changed. The basic 3008 is now based on 639 thousand crowns, the list is supplemented by an even larger 5008 with a basic price of 685 thousand crowns. According to Matthey, current prices should remain for about three months, then a new model year will come in June, and with it probably other price list changes.

The price index of the consulting company EY also confirms that cars are becoming more expensive. Between July 2021 and February 2022, average new car prices rose by 4.6 percent. For example, models in the lowest equipment have risen in price by almost 37 thousand crowns, in the highest by 25 thousand crowns. Gasoline cars with the lowest equipment then became more expensive than diesel cars; among the car classes, prices rose the most for small cars with basic equipment. And up to 13.5 percent.

“This is influenced by many factors. One of them is the shortage of new vehicles due to the shortage of semiconductors on the market last year. The second is the general rise in inflation and rising interest rates. The third traditional and unrelenting The current political situation in Ukraine, which will almost certainly have a negative impact on the automotive industry, certainly does not contribute to the prospect of cheaper cars, which comments on the ever-increasing costs of complying with legislative requirements. for the automotive sector Petr Knap. At the same time, it does not expect prices to start falling in the following period; on the contrary, they will rise even faster. 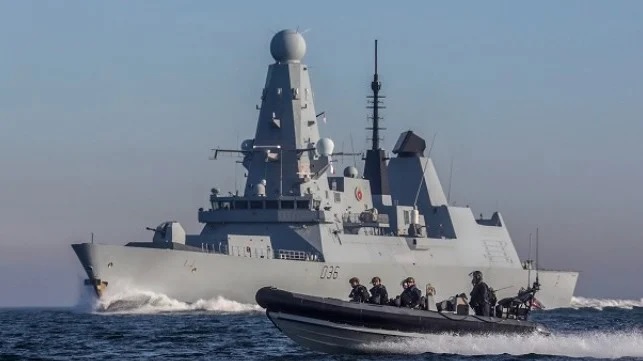 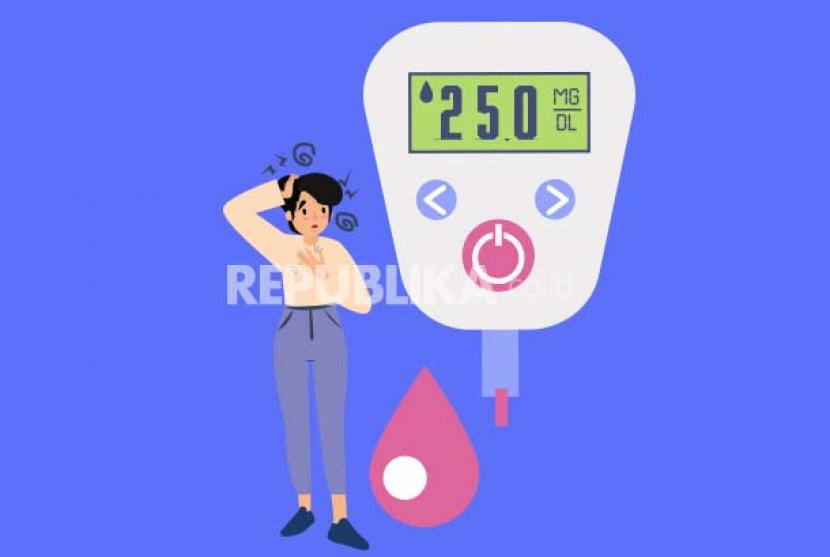 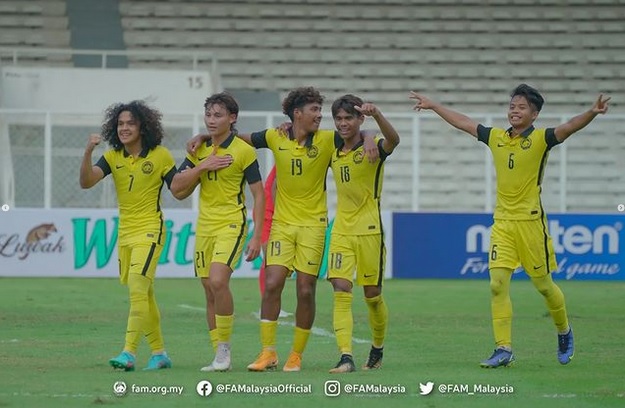 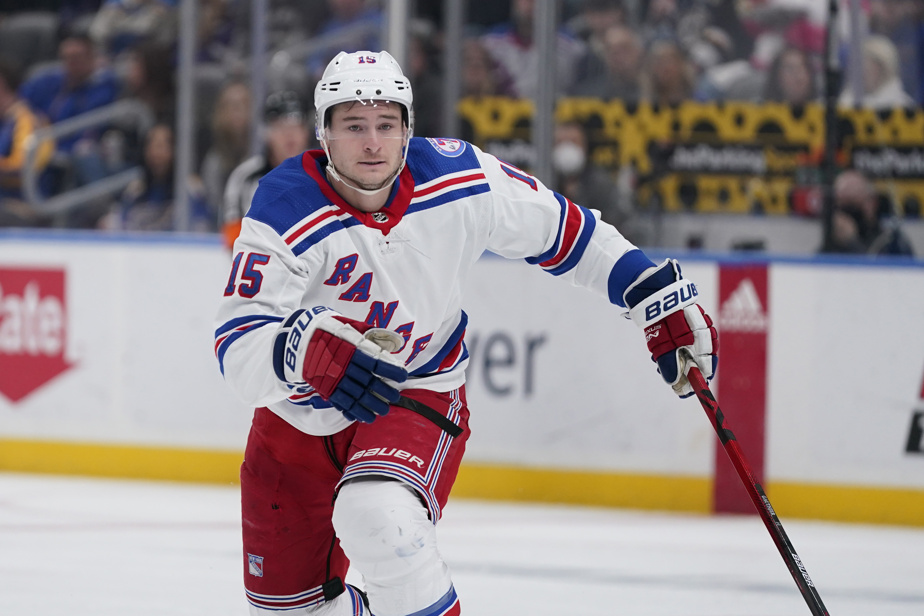 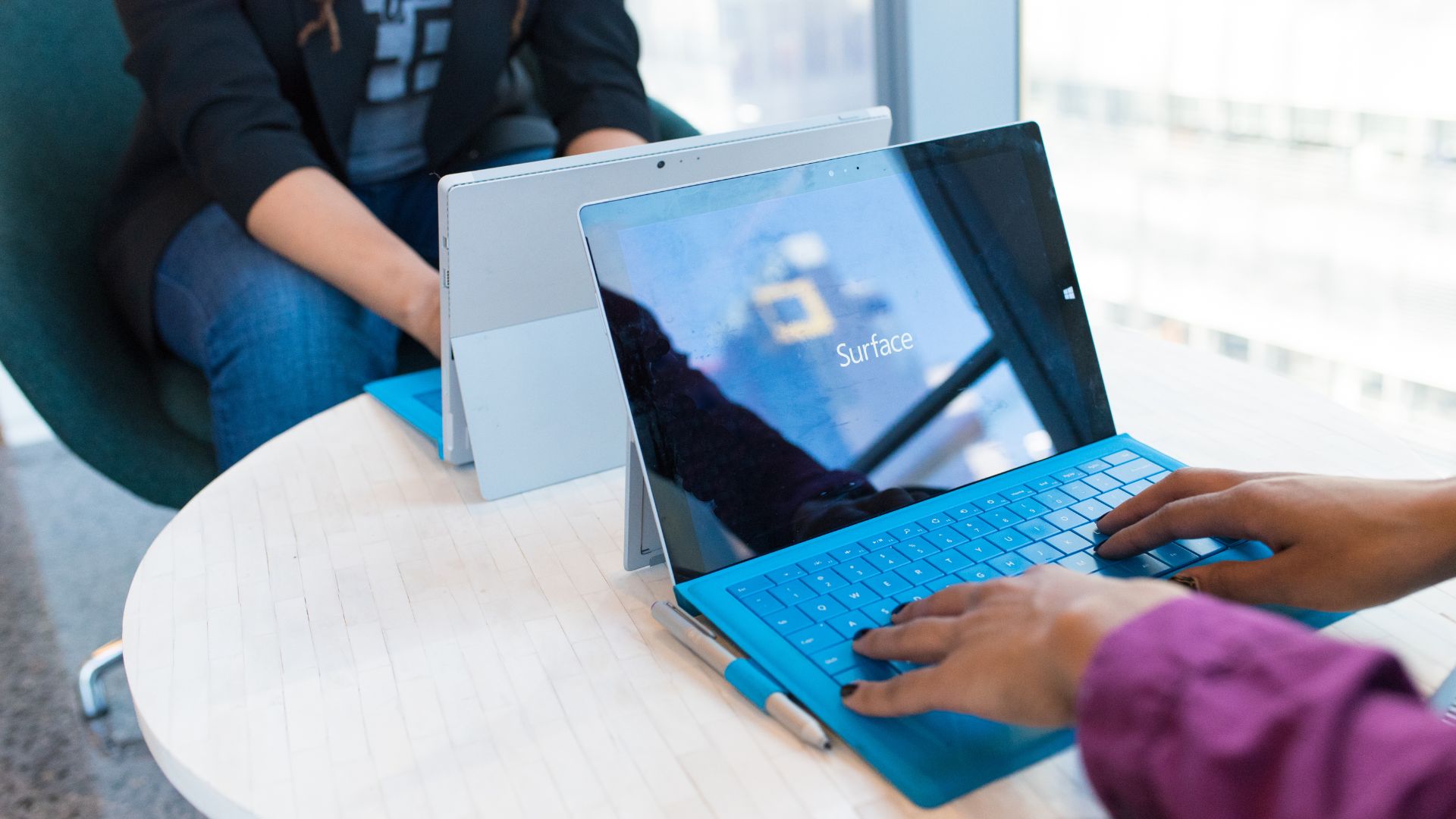 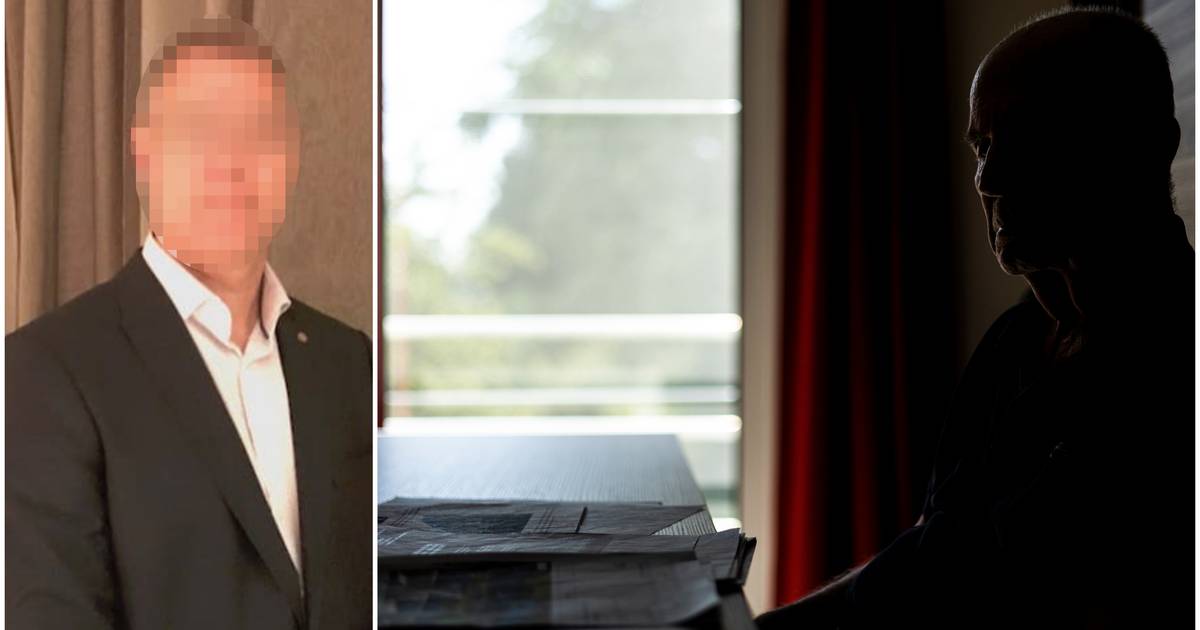 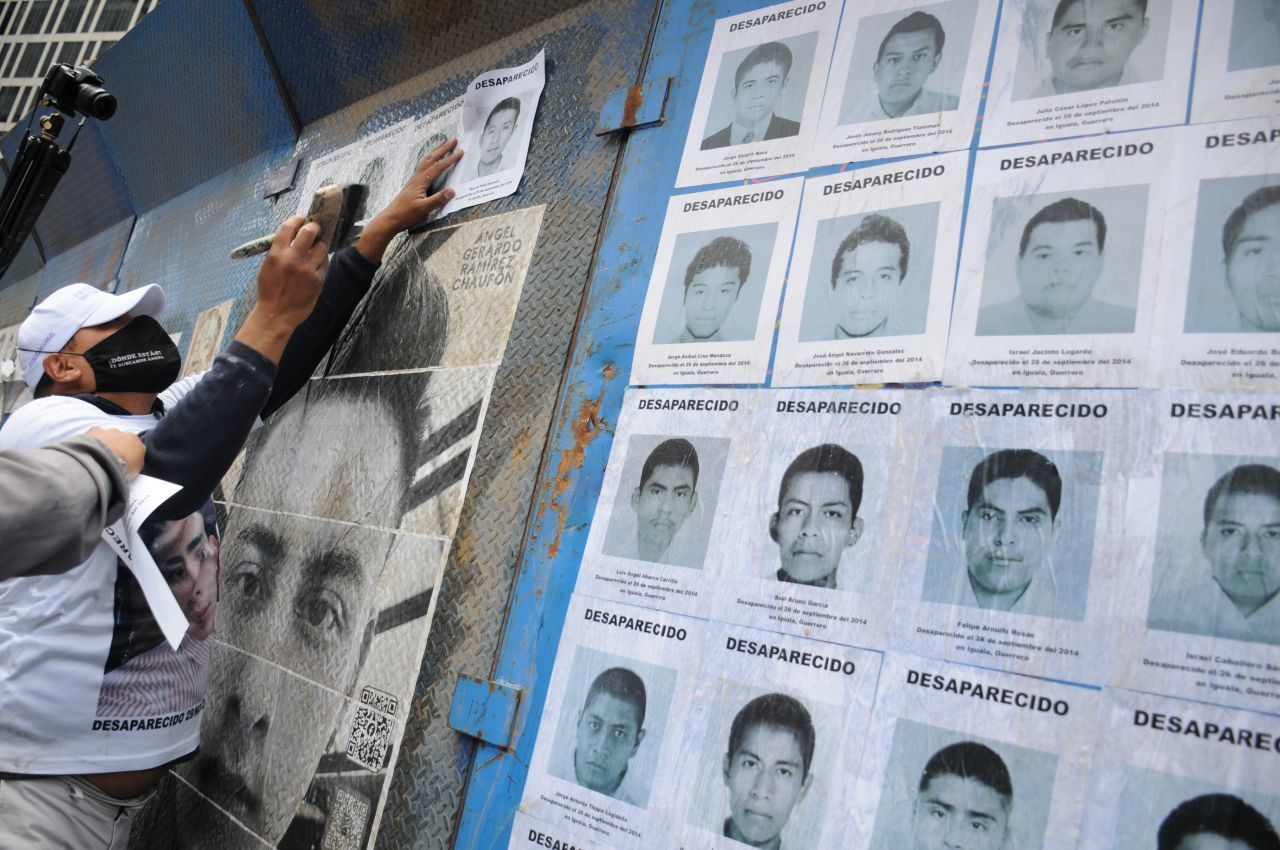 There are advances in the Ayotzinapa case, but the truth is missing: lawyer – Eleven News