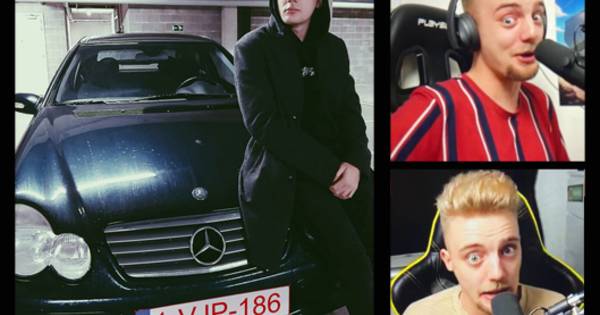 That there are concerns about Kastiop’s disappearance has everything to do with the fact that things have not been going so well for him lately. The corona crisis has seriously affected him, says his roommate Vincent Frère The last news. “For example, just before the ‘lockdown light’ he had bought a motorcycle, but the quarantine prevented him from taking it on the road. And he thought that was very natural. The festivals, traveling and contact with friends also largely disappeared. I myself also have new work in Antwerp, which means that I am away from home for long days. His social contacts have diminished and he has a hard time with that. ”

At first it was thought that his disappearance was a promotional stunt by ChildFocus, a foundation that works for missing children. For this, he would appear in a campaign from October 29. “The campaign is preliminary on hold ”, responds Stephan Smets, spokesperson for Child Focus. “We are waiting to see how things evolve. As long as Kacper has not been found, we will not launch the campaign. We still have no idea what exactly is going on and we keep all options open. The disappearance is therefore hard. ”

Alain Remue of the Missing Persons Unit also confirms this. “The young man remains without a trace”, says Remue. “It is therefore guessing what would be going on. We cannot rule out anything at the moment. ”

Watch our trending news videos in the playlist below:

These are the salaries of Verstappen, Hamilton and all other F1 drivers

Jennifer Lopez was accused of bragging because of a photo on board a luxury plane: Phenomena: Values: Lenta.ru

The cost of the new “smart” column Yandex announced – Ferra.ru