On Sunday, October 4, in the Jugla River in Riga, pollution of oil products in the area of ​​approximately 50 square meters (m2) was detected. The SES, in cooperation with the State Fire and Rescue Service (SFRS), immediately limited the pollution by placing bonnets for pollution collection. During repeated inspections, the SES has not detected any leaks of new oil products at the scene, Kļaveniece said.

On Wednesday, October 7, the SES carried out a re-inspection at the scene and found that the wind pollution of oil products was blown further along the shoreline. In cooperation with SFRS, additional non-restrictive bonuses were installed. No new oil spills were detected at the scene.

Kļaveniece pointed out that the SES has identified the source of oil products contamination – it is most likely a barrel with oil products buried in the territory of SIA “Juglas celtnieks”.

She informed that during the inspections, the SES, in cooperation with the Riga Municipal Police and the State Police, inspected nearby areas where various violations of waste management regulations were found, such as improperly stored metal barrels, which, according to drops, were found to contain waste petroleum products. Drainage of oil products on the ground has also been found in some other places in the surveyed areas.

An administrative violation process has been initiated regarding the fact of pollution and the identified discrepancies, during which specific persons responsible for the creation of pollution will be identified.

In order to prevent further risks of environmental pollution, the SES has instructed the owner of the territory SIA “Juglas celtnieks” to organize the removal of waste and elimination of potential sources of pollution, before consulting with the SES specialists, at the same time attracting an appropriate waste manager, Kļaveniece said.

The owner of the VVD territory SIA “Juglas celtnieks” is required to officially submit information about the tenants in the above-mentioned territory. The SES has informed the Riga Northern Executive Directorate about the situation, because the real estate, which directly affects the pollution control site, belongs to the Riga City Municipality.

According to “Firmas.lv” information, “Juglas celtnieks” turnover last year was 14,506 euros and the company was operating with a loss of 16,631 euros. At the beginning of September, it had a tax debt of 226 euros.

What do the US elections mean for the climate? These are Trump and Biden’s plans

A modest birthday present from a friend brought the woman millions of rubles: People: From life: Lenta.ru

Lautaro sad, but Inter runs to his rescue: accelerated on the renewal. The idea about the clause and the figures 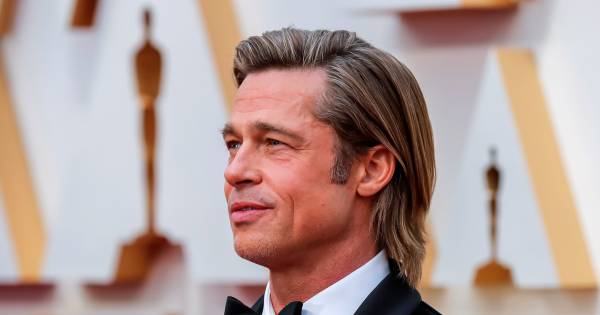 ‘Brad Pitt and girlfriend split up after three months’ | Show