Home Technology Poco breaks free from Xiaomi and becomes a brand in its own...
Technology 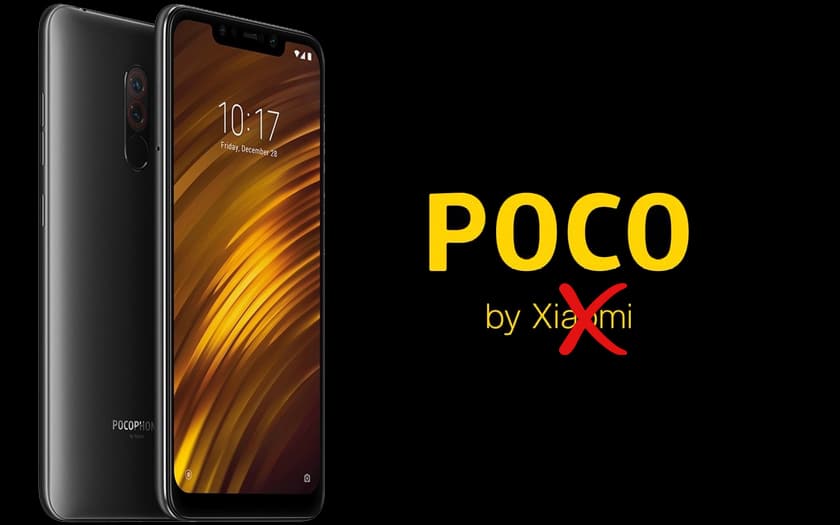 We will now have to stop considering Poco as a sub-brand of Xiaomi. It’s official: Poco is becoming a real entity today and is freed from the Chinese parent company.

Poco de Xiaomi, it’s over. Not that you have to say goodbye to Pocophone F1 we ​​tested and which had so seduced us when it came out… But we will have to prepare for a change of brand side. “What started out as a sub-brand as Poco acquired its own identity in no time. The Poco F1 is an extremely popular phone among users, and remains a top contender in its class, even in 2020. We think the time has come to let Poco go its own way now, “says Manu Jai, the general manager of Xiaomi India at Android Authority.

Will the Pocophone X2 be the first smartphone launched by the Poco company?

This is not the first time that Xiaomi has made it possible for one of its sub-brands to take off. In 2019, Redmi also became a brand in its own right, even if the entity remains under the aegis of Xiaomi. It seems, however, that this time Poco cuts ties with the Chinese company that created it.

At present, Xiaomi has only released one smartphone under the Poco brand. The Pocophone F1 was an undeniable success in 2018 and remains today a benchmark in terms of quality / price (but not necessarily in terms of design, some would say, even if the smartphone is far from being awful). A strange Pocophone X2 has just appeared on Geekbench. At this point, it’s a safe bet that the smartphone will be released this year. It is unclear, however, if this is really a second iteration of the Pocophone F1.

Unless the Pocophone X2 corresponds to a cheaper variant, as the first benchmarks suggest. There is no doubt that if the company wants to succeed and completely free itself from Xiaomi, it will in any case have to unveil its model (s) very quickly, the telephone market being increasingly overloaded.

Excited to share: #POCO will now be an independent brand!

What started as a sub-brand within Xiaomi, has grown into its own identity. POCO F1 was an incredibly popular phone. We feel the time is right to let POCO operate on its own.

Join me in wishing @IndiaPOCO all the best.

Resident Evil 3 is fun, but the most important thing is missing

We were able to play the Resident Evil 3 campaign and reveal what to expect. After Capcom had done almost everything right with the...
Read more

Puerto Rico will not host the World Baseball Classic in 2021

Last week he went through customs for customs ... now they have...
Read more

Univision confirms the sale of the chain

The deal is expected to be completed in the course of next week. Photo: ROBYN BECK / AFP / Getty Images Through a statement, this morning of...
Read more
Load more