PLD says education will improve when he returns to power 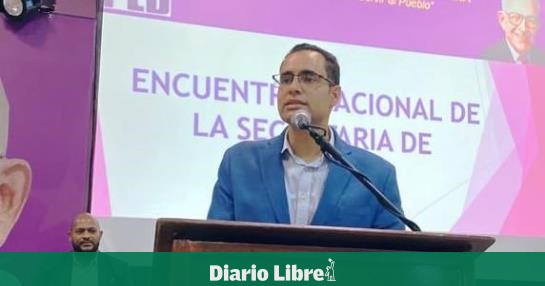 Juan Ariel JiménezVice President of the Dominican Liberation Party (PLD), stated that the best for the education in the Dominican Republic it is yet to come in the next governments of the purple party, starting in 2024, and described as sad the reality in that sector in the current management of the Modern Revolutionary Party (PRM).

He argued that as of August 16, 2024, the PLD and the education Dominican Republic will resume the course it has lost in the current administration”.

Jiménez’s statement, through a press release, does not mention the studies that are published every year on the deficiency in education in the country since when that organization governed, the last one, Comparative and Explanatory Regional Study (ERCE) 2019, released last year, but made two years earlier.

“Hope returns, the future, improvement, good government returns and above all, teachers and directors of quality return to administer this system to build what Professor Juan Bosch wanted to achieve in his government, as he wrote on several occasions the leader and guide of the purple party and the yellow star”, he pointed out Juan Ariel Jiménez in the closing words of the National Meeting of Commissions Attached to the Secretariat of Education of the PLD held this Sunday at the Casa Nacional Reinaldo Pared Pérez del PLDaccording to the statement.

In that act, the members of the Adjunct Commissions of Provinces, Regional and Municipalities were sworn in. Cristina Lizardo in her capacity as teacher and member of the Political Committee.

Jiménez, after citing the teachers who are members of the Political Committee and many of the Central Committee, said that the PLD in the opposition and in the next government “will do his best for the education Dominican Republic “.

He assured that the PLD It is quite clear that in the education there is the main political responsibility, “as President Danilo Medina demonstrated in his eight-year administration of the Government.” The purple organization held the reins of the country for 16 consecutive years, from 2004 to 2020.

“I remembered with nostalgia the long hours that President Danilo Medina dedicated every three months to reviewing goal by goal all the commitments that the government had in the educational area. He even remembered an anecdote that the president was very concerned about the training of directors and on one occasion when they were meeting he asked them: Is money what you lack for me to look for it? And he fulfilled 4% of the GDP to the education. That is a president who hurts education of this country,” declared the young PLD player, adds the press release.

He pointed to the “sad reality of the education of our country in this government”, who, in his opinion, “has failed to comply because only 3.5% has been executed, violating, among other things, the Constitution of the Republic”.

He denounced that, recently, a district director of Moca prohibited visits to educational centers in the Espaillat province and that no one can be received in schools without prior authorization.