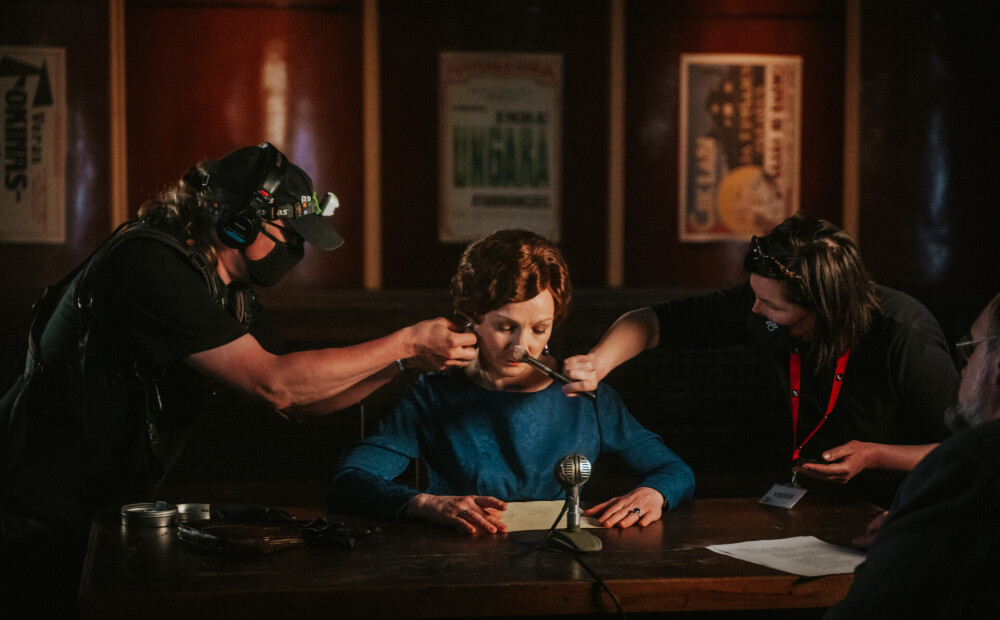 The multi-series film “Emilija. Queen of the Latvian Press” will be the story of the interwar Latvian grandmother of the Latvian press – the popular Latest News and Recreation Publisher Emilija Benjamins, whose personality, wealth and tragic fate have become legends. The story of the film in six feature films and one documentary series will cover the period from the beginnings of Emilia Benjamin’s magazine Recreation to her death in Siberia.

The filming period started on November 19, 2020 in the streets of Riga near Vērmaņdārzs and ended after 50 days of filming in the Benjamiņi family summer house in Valdeki manor.

Each series will reflect a significant fragment of Emilia’s life, showing different aspects of her personality – family life, entrepreneurship, strengthening social status, influence on political and cultural developments in the 1920s and 1930s, her dreams and problems as a woman, and ultimately her employees’ betrayal. .

With this strong woman, the film will show Latvian society in all its colors, giving viewers the opportunity to recognize many historical characters – Kārlis Skalbe, Vilis Lācis, Jānis Kārkliņš, Annija Simsone, Pēteris Blaus, Jūlijs Lācis, Augusts Kirhenšteins and others appear in the film’s story. The film’s six feature series will be the authors ‘artistic interpretation of the main character and historical events, while the final, seventh series is a collection of documentary evidence of the prototypes of the film’s characters in the descendants’ memories.

The script of the film, compiling historical sources and memories of the characters, is created by Baņuta Rubess, Ivo Briedis, Aiva Birbele, Tabita Rudzāte, consultants Māra Zālīte and Ineta Lipša. The directors of the multi-series film are Kristīne Želve, Andis Mizišs and Dāvis Sīmanis, Gints Grūbe and Lilita Eglīte are working on the documentary. The cinematographer of the film is Andrejs Rudzāts, artists Kristīne Jurjāne and Aivars Žukovskis, costume artists Aija Strazdiņa and Rūta Kuplā, make-up artist Vivita Jansone, executive producer Ilze Krūmiņliepa also work in the creative team. The producers of the series are Gints Grūbe and Inese Boka-Grūbe.

“The circumstances in which this great story of 20th century Latvian history was created in less than a year were complicated enough, so thank you to everyone who trusted and allowed this reconstruction and interpretation of the Latvian history to take place. We hope that this will be a story that will allow us to understand people’s destinies, power and media relations, as well as gender equality issues and the dilemmas of Latvia’s history and people’s responsibility for them. Special thanks to the great team that endured the busy period of work and created the story of the film, including the Benjamin family, who entrusted the family memories and archives to the creation of the film, ”says Gints Grūbe, the producer of the series.

Multi – series films Emilia. The idea of ​​the Queen of the Latvian Press was supported in September 2020 in the competition announced by the National Cinema Center and the Ministry of Culture of the Republic of Latvia for the creation of high-quality and artistically high-quality series; it is part of a support program for the cultural sector, which was seriously threatened by the Covid-19 pandemic and the declared emergency.

The premiere of the multi-series film “Emilija. Queen of the Latvian Press” is planned for autumn 2021, in 2022 the series will be shown by Latvian Television.

One and a half years after the loss of his son. Sanita Tauriņa: “Matīss is in good hands!”

Birch and Blueberry. Parents ask that their children’s names be included in the calendar

Frightened mother and child: Nameja’s teachings are discussed on the web