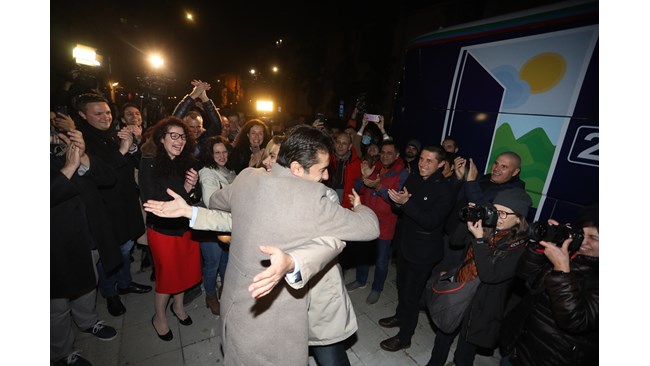 l Who’s who in “Continuing Change”

l Economists, entrepreneurs and IT are most new politicians

l Only six with experience in the executive branch

A powerful group of economists, entrepreneurs, IT professionals and fans of extreme sports enters parliament with “We continue the change”. This shows a quick glance at the 67 deputies from the formation, which became the first on Sunday.

The rapper Hristo Petrov, better known as Itzo Hazarta, who beat Boyko Borisov and Cornelia Ninova in the capital’s 25th MIR, is expected to bring an exotic note to the group’s politics.

After President Rumen Radev, there will be a pilot in the parliament – Stoyan Georgiev,

which enters from Silistra. He is the founder of one of the first companies for agricultural aviation in our country and a pilot training center.

The only region where the PP’s mandate is in question is Kardzhali. If the new formation succeeds there, it will be in parliament the car racer Dimitar Iliev. He is a 9-time rally champion of Bulgaria.

It will certainly be in parliament former national swimmer Inna Ivanova – leader in Montana, world champion in biathlon for girls (800 m running and 800 m swimming), has 57 Republican medals in swimming. 33 of them are gold in various disciplines. He is now developing a career in the field of coffee and food products.

At least six of the future MPs will have experience in the executive branch. Apart from the leaders Petkov and Vassilev, who were caretaker ministers, these are also two ladies from their teams.

Yana Balnikova was Deputy Minister of Economy. She has studied in the United States and Japan, and has a master’s degree in business administration from AUBG. She has worked in large companies, was responsible for project and program management, team building and organizing corporate social responsibility activities.

Denitsa Simeonova was the head of Vassilev’s political cabinet as finance minister. Before she took that position, she was

of Great Britain. She has worked in support of small businesses and start-ups in Bulgaria as Executive Director of the Association of Bulgarian Leaders and Entrepreneurs (ABLE).

It will be in the parliament as well the head of the forestry agency in the office of eng. Alexander Dunchev. Prior to that, he was an expert in Vitosha Nature Park, as well as in the international organization WWF.

He also has experience in administration the ecologist Tatiana Sultanova-Siveva. For more than 15 years she has held expert and managerial positions in the system of the Ministry of Environment and Water, she is actively working on the preparation of Bulgaria in the environmental sector for accession to the EU. He teaches at the University of Plovdiv, and since 2020 he has been managing a family investment company.

The strong economic core is led by leaders Kiril Petkov and Asen Vassilev. It certainly is in it the founder of the courier company “Econt” Nikolay Sabev, first in the leaves in Ruse. He has even been promoted to Minister of Transport.

The 45-year-old is also in this team technology entrepreneur Daniel Laurer, who enters from Varna. Economist, investor, lecturer and adviser to two ministers. He has worked and lived in Sofia, Varna, Tel Aviv, Brussels, Zurich, Barcelona. He speaks 5 languages, graduated in computer science and business administration at the University of Tel Aviv. Lorer is married with three children.

His wife Violeta was a caretaker deputy minister

He is from Varna in the parliament the health expert of the PP – the 40-year-old abdominal surgeon Anton Tonev, part of the team of the largest hospital in the sea capital UMHAT “St. Marina”.

He will also speak on health issues from the rostrum of the National Assembly Yordanka Kostadinova, guide in Dobrich. She has been working in the field of healthcare for 23 years, graduated in pharmacy and health management and has experience in medical marketing.

Economist Iskren Arabadjiev enters from Lovech – with experience in the field of taxes, accounting and finance in various international companies, and for the last 2 years he has been deputy mayor in the capital’s Studentski district.

Entrepreneurs become MPs from Pleven. Ivan Hristanov is 47 years old. From 2001 to 2006 he established a company with over 1 million clients. Today he is a partner in 2 investment funds to support growing Bulgarian companies and a strategic advisor to young businesses. He has been winning medals as an ultra-long distance runner for 10 years. An avid mountaineer, dedicated to the tourist route Kom – Emine and Pirin, nature lover, cyclist and photographer. Donates time and money to small community causes and orphanages, sponsors competitions and athletes. He is the father of 3 children.

The second in the leaves Stoil Stoilov is a manager of technological projects. And the third – Ivan Manev, is an entrepreneur in the field of education.

An entrepreneur also enters from Smolyan. It is Michal Kambarev, 32. He manages an IT company in the field of real estate. He graduated with a degree in public relations from Sofia University, and then with a scholarship – an intensive business program at Babson College, Boston. After his return to Bulgaria, Michal joined the Association of Bulgarian Leaders and Entrepreneurs. His career path led him to a Belgian company, where he is director of business development.

The 34-year-old economist Ivaylo Shotev will be an MP from Pazardzhik. Manager of a company for the production of medicines, food supplements and cosmetics, a graduate of the American College in Sofia, and then graduated as an economist at the University College London. He has a master’s degree from the Moscow State Institute of International Relations.

One of the mandate holders of the PP – the leader of VOLT Nastimir Ananiev, will become an MP from Sofia, where he is second in the 23rd MIR after Asen Vassilev. This is the second term for Ananiev, who was an MP from the Reformist Bloc in the 43rd National Assembly. After that she was part of DBG, and last year she was a partner of Maya Manolova. He has a master’s degree in business administration.

The other mandate holder – the leader of the Middle European Class (SEC) party Konstantin Bachiiski, enters from Burgas, a businessman in the field of IT technologies and a third term municipal councilor. He took an active part in the protests in Rosenets against Dogan’s barn, and long before Hristo Ivanov disembarked by boat near the summer residence of the honorary chairman of the MRF, he reported illegal construction there. It’s Bachiiski

He has been practicing karate since he was a child, and today he is actively involved in Brazilian jiu-jitsu.

Among the more interesting people in the Burgas list is the teacher of philosophy, economics and civic education at the local IT high school. Hristo Simeonov. He participated in elections for the third time – in the spring of 2019 he ran for MEP as an independent, and in the fall he appeared in the list of “Middle European Class” for municipal councilor. Simeonov also leads a student club on “Debate and Public Speaking”, with which he announced the winner of the World Championship in Public Speaking in the United States “James Mott”.

There are two lawyers among the leaders – Nikolay Minchev from Pernik and Miroslav Ivanov from Yambol.

The 46-year-old professor of corporate finance, risk assessment and investment management at AUBG enters from Blagoevgrad Andrey Gyurov. He graduated in economics and finance from Truman University, USA, and then studied in Vienna. He has held consulting and management positions in American and Austrian banks.

If the PP takes two more terms from Blagoevgrad, there will be more deputies Vladimir Tabutov a successful businessman in the field of design and construction of solar parks, and the lawyer from Gotse Delchev Ekaterina Dimitrusheva, which specializes in the United States, Belgium, Vienna in the field of European and commercial law.

An energy specialist enters from Stara Zagora. This is the 38-year-old Radoslav Ribarski, who is also the regional coordinator of the PP. The Master of International Project Management is developing a number of such in Energoremont-Galabovo. His interest in innovative technologies led him to renewable energy projects and he started his career by building wind farms and photovoltaic plants.

The 30-year-old IT entrepreneur is also taking a mandate from Stara Zagora Atanas Mikhnev. His companies develop software for lawyers and for money laundering prevention in the banking sector.

It’s the third Radoslav Vasilev. He was born in Radnevo, at the age of 29, with a successful business in the field of outdoor and print advertising. He graduated in business and economics, and studied in Italy.

In fourth place here is the only recognizable face in the list – lawyer Elena Noneva, leader of the Social Democrats, which is a coalition partner of the PP.

Petkov’s supporter from the nature protection associations for Coral Beach and Pirin enters from Vidin. Petar Milanov He holds a Master’s degree in History and Philosophy from the University of Voronezh, Russia. He has been working in various media for over 20 years – BNR, BNT, Demokratsiya newspaper.

There will be another journalist in the group of PP – Antonia Dimitrova, guide in Shumen. In recent years he has been a teacher and now a lecturer to students of pedagogy at Plovdiv University.

Cyber ​​risk management specialist Alexandra Milcheva will be an MP from Targovishte. She has a master’s degree from Harvard and has also studied politics, security and integration at University College London.

Cryptocurrency expert Yordan Madzhunkov he also has a chance to become an MP, although he is fifth on the Plovdiv list. A certain MP is the second Prof. Hristo Daskalov, Head of Food Safety at the National Diagnostic Research Veterinary Institute. It ‘s fourth business expert and financier Alexander Rakshiev.

The PP is expected to have three deputies from Plovdiv region – entrepreneur Rosen Kosturkov, the organizer of cultural and sports events Gergana Daneva and the capital’s lawyer Stoyu Stoev.

The new face on the political scene in Veliko Tarnovo is the 37-year-old architect Jordan Terziiski. He is the son of the former chief architect of the old capital, Ivo Terziiski. He was connected with Petkov and Vassilev by the Harvard courses in Sofia. Jordan is developing a startup company that is creating a small, energy-efficient, smart house designed for factory production.

Among the faces of the PP in Veliko Tarnovo is a respected doctor, a member of the league “Doctors we trust”. Dr. Kina Nikolova, Head of the Department of Neonatology at MOBAL “Dr. Stefan Cherkezov”, however, is in 4th place in the list and with a small chance to actually enter parliament. 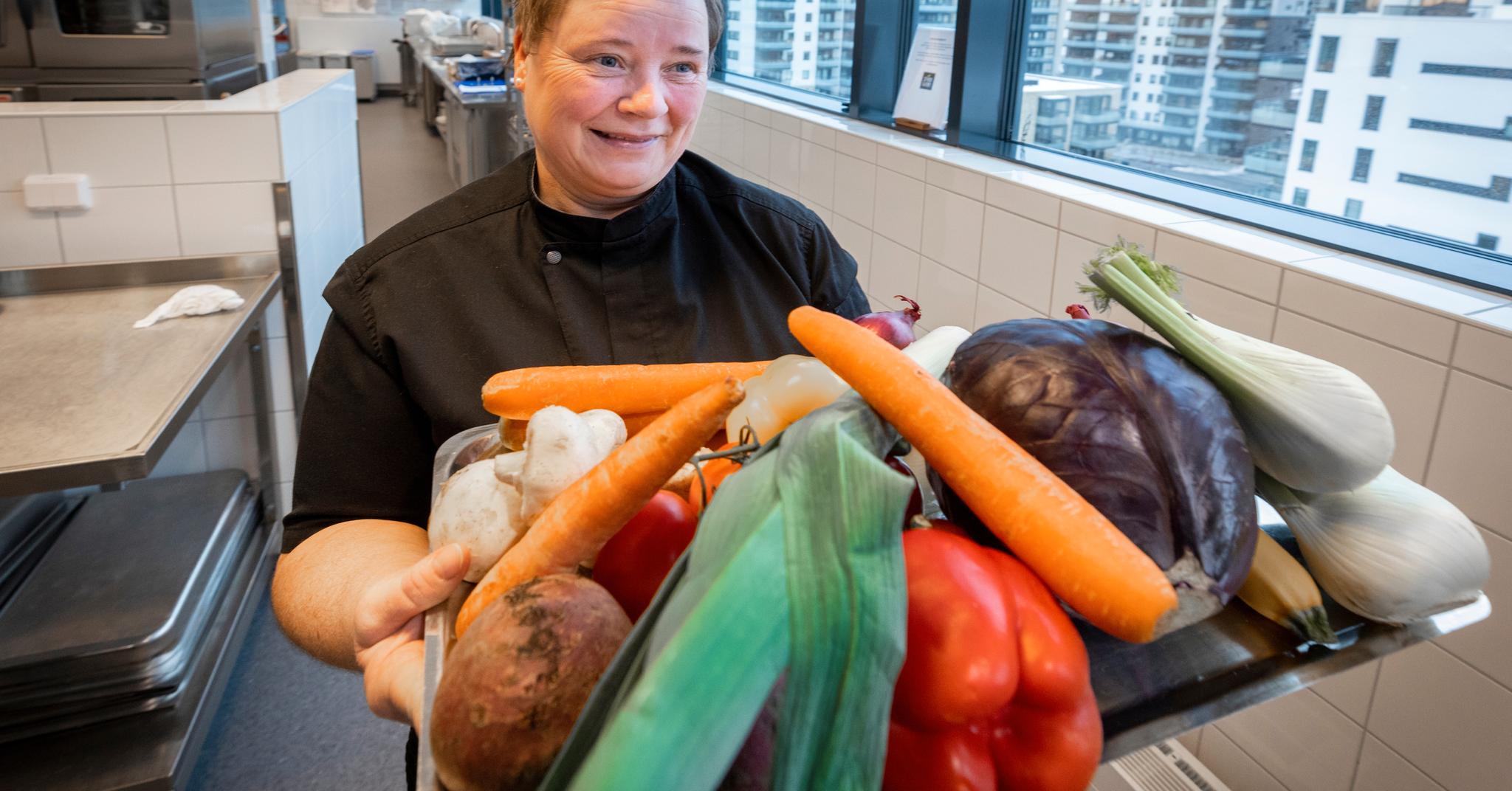 Vegetarian food is now standard at Oslo Municipality’s events. If you want meat, you have to ask for it. 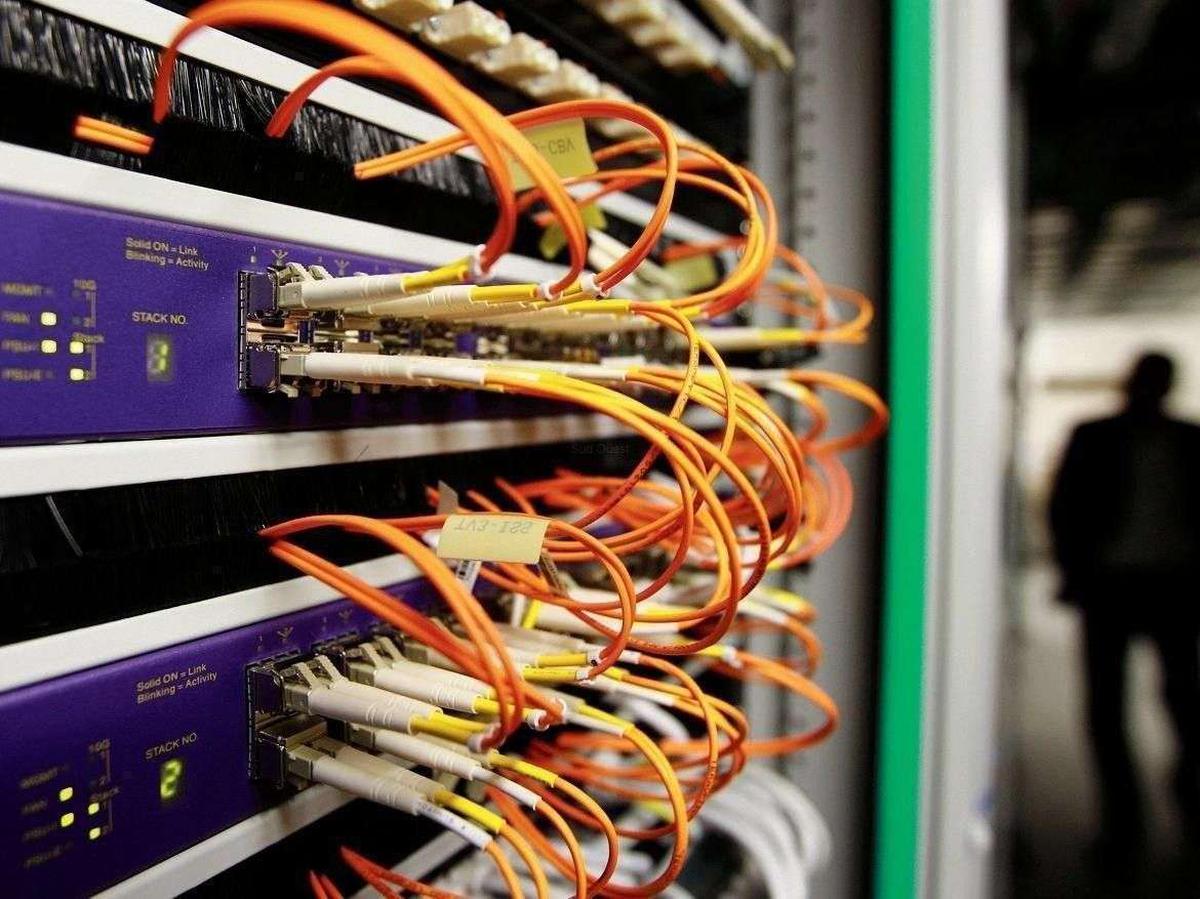 The oil flew to the heavens. Experts with alarming prognosis 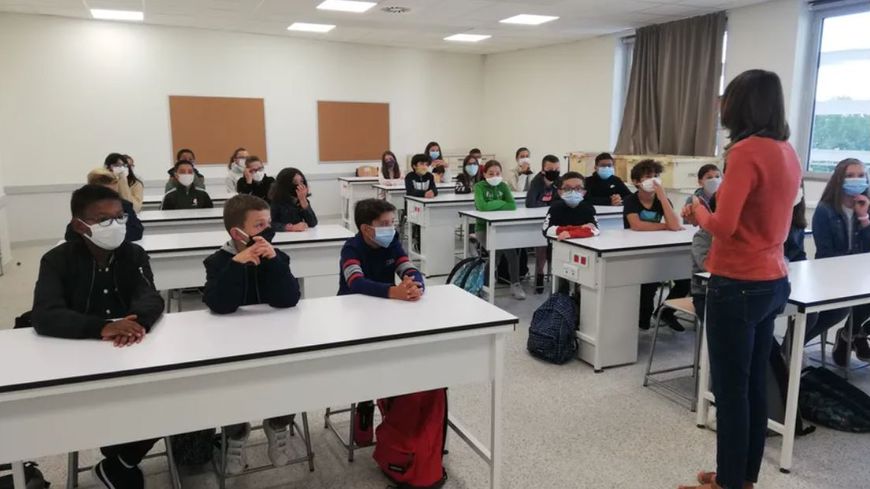 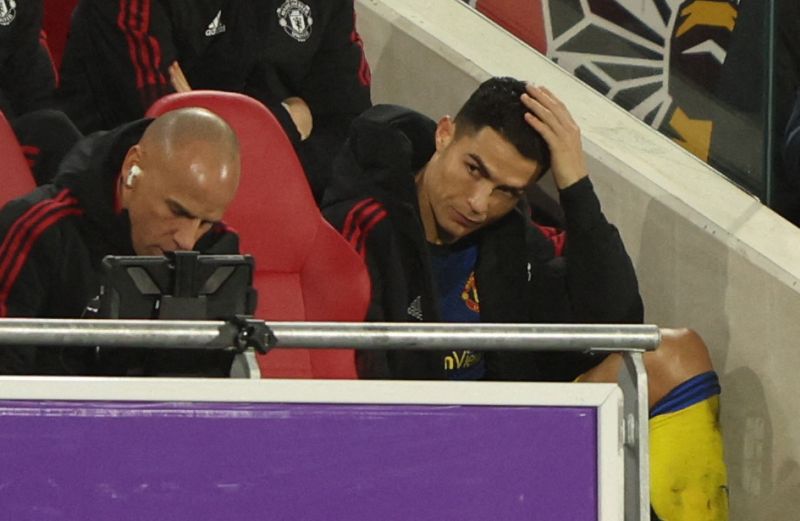 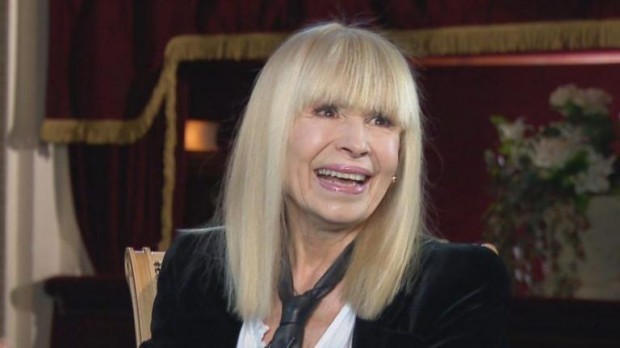 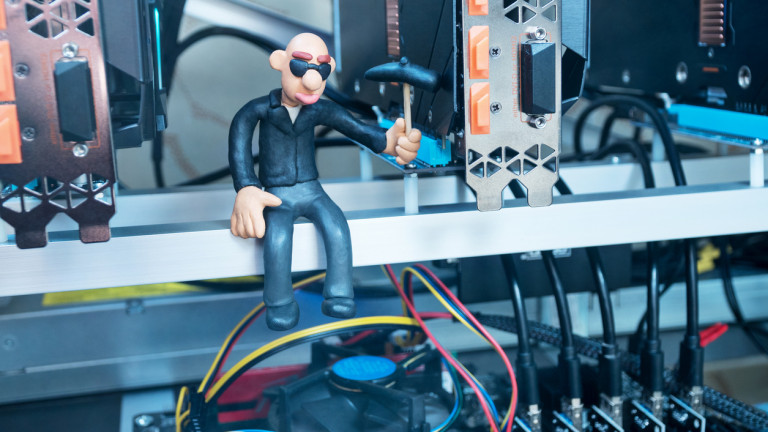