Sofia Eliza Bouratsis was commissioned by the Luxembourg Institute for Artistic Research (Liar) to curate an exhibition in New York. She chose to present the work of Pasha Rafiy by making a selection of photos revolving around the notion of interiority, echoing the particular living conditions we are currently experiencing.

“One way to create a kind of self-referentiality between offering an exhibition online, knowing that this experience will most likely be experienced by the public from an intimate and familiar place – everyone’s home -, and the fact of offering, through this exhibition, the discovery of other interior spaces, other intimacies, ”explains the curator.

The choice of photos presented on this occasion reveals a less well-known part of the work of Pasha Rafiy, a photographer of Iranian origin, but having grown up in Luxembourg, who has especially presented in recent years portraits of personalities from the political, artistic, philosophical or of architecture. In particular, he had great visibility with his film “Foreign Affairs” in which he follows Luxembourg Minister of Foreign Affairs Jean Asselborn.

For the “Corners” exhibition, the photographer unveils a set of corner photos, interior and exterior spaces, “which reveal certain ways of living together, shared values ​​or, on the contrary, which separate, but also the expression of desires and hopes ”, explains the commissioner. “None of these photos are related to COVID, but the current circumstances allow us to give them another meaning.”

We discover spaces built but devoid of any human presence, spaces carrying stories, individual or collective, such as the reception room of the Ministry of Foreign Affairs in Moscow, a richly decorated room, but also the antechamber of ‘a place where bitter discussions take place. Or this soberly furnished room in a family house, which is none other than the bedroom of the uncle of the photographer who died a few days before the shooting. Or this photo representing the dilapidated bottom of an emptied swimming pool taken in Tehran, a swimming pool of a luxurious residence however, but which cannot be filled any more for years because the water is so expensive. It is this last photo that was chosen to be displayed in a showcase, thanks to the support of Focuna (and yes, in New York, everything is expensive, even the rental of a showcase in times of COVID) and which is also an evocation of political relations between the United States and Iran, one of the seven Muslim countries for which Trump had banned the entry of their nationals into American territory, a measure “which hits the bottom.”

View of the hanging in the storefront in New York.

Given the sanitary conditions that must be observed at present in New York,
the exhibition is held online, on the website of the Luxembourg Institute for Artistic Research (Liar) NYC
. This is a new independent art space created at the end of 2020 by the couple composed of curator Casey Detrow and artist Vince Tillotson. She is American, he Luxembourgish, and, after having lived in Berlin, are now settled in New York. The wish of these thirties through the creation of Liar? Support creation and encourage cultural exchanges between Luxembourg and New York by organizing exhibitions, residencies or events. It is also a platform for artistic research. To date, due to health restrictions, Liar operates online. The next guest on the platform will be Mike Bourscheid.

The New York facility is located at 41 Orchard Street on the Lower East Side.

A discussion around the exhibition is organized on Zoom on January 23 at 5 p.m. (Luxembourg) and 11 a.m. (New York), with a maximum of 15 participants. Mandatory registrations by email ([email protected]) before January 18th.

Captain Marvel 2, Doctor Strange 2, Avengers 5: What will be the last MCU film with Spider-Man? 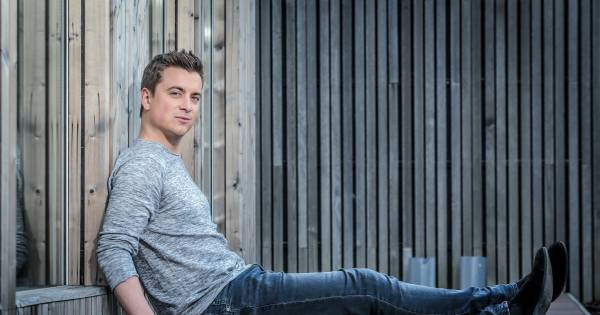 Trump refuses to clarify whether he will accept the outcome of the US elections.