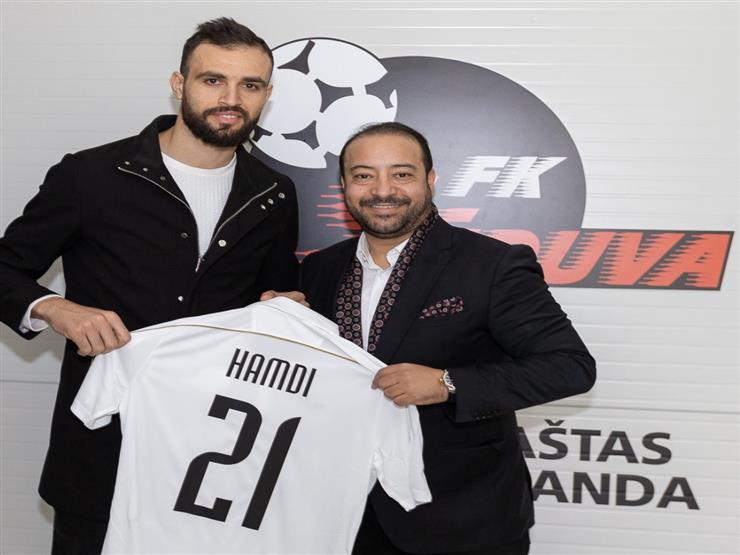 Anis Bin Mim, a lawyer for the Tunisian Hamdi Al-Naqaz, the former player of Zamalek and the current Lithuanian Sudova, responded to the statements of Mortada Mansour, president of the White Castle.

Mortada Mansour said in statements on his club’s screen in the early hours of Wednesday morning that Zamalek’s lawyer colluded with the player and sold the case, as he put it.

In contrast, Al-Naqaz’s lawyer said in exclusive statements to “Masrawy” sarcastically: “I do not understand” in reference to responding to the statements of the President of Zamalek.

Asked about the developments in the player’s case with Zamalek, he replied: “There is nothing new yet in the case.”

And the 27-year-old Al-Naqaz left Zamalek in the middle of the current season due to his failure to receive his dues. In contrast, the President of Zamalek went out on more than one occasion to confirm that the Tunisian full-back got all his dues.

Al-Naqaz, next to his lawyer, lodged an official complaint against Zamalek for the International Football Association (FIFA), to order the latter to impose a fine on the White Castle amounting to one million and 250 thousand dollars.

It is worth noting that Al-Naqaz joined Zamalek since January 2018, coming from the Tunisian coastal star team, so that the Tunisian full back, accompanied by the White Castle, would achieve the Egyptian Cup title twice next to the African Confederation.